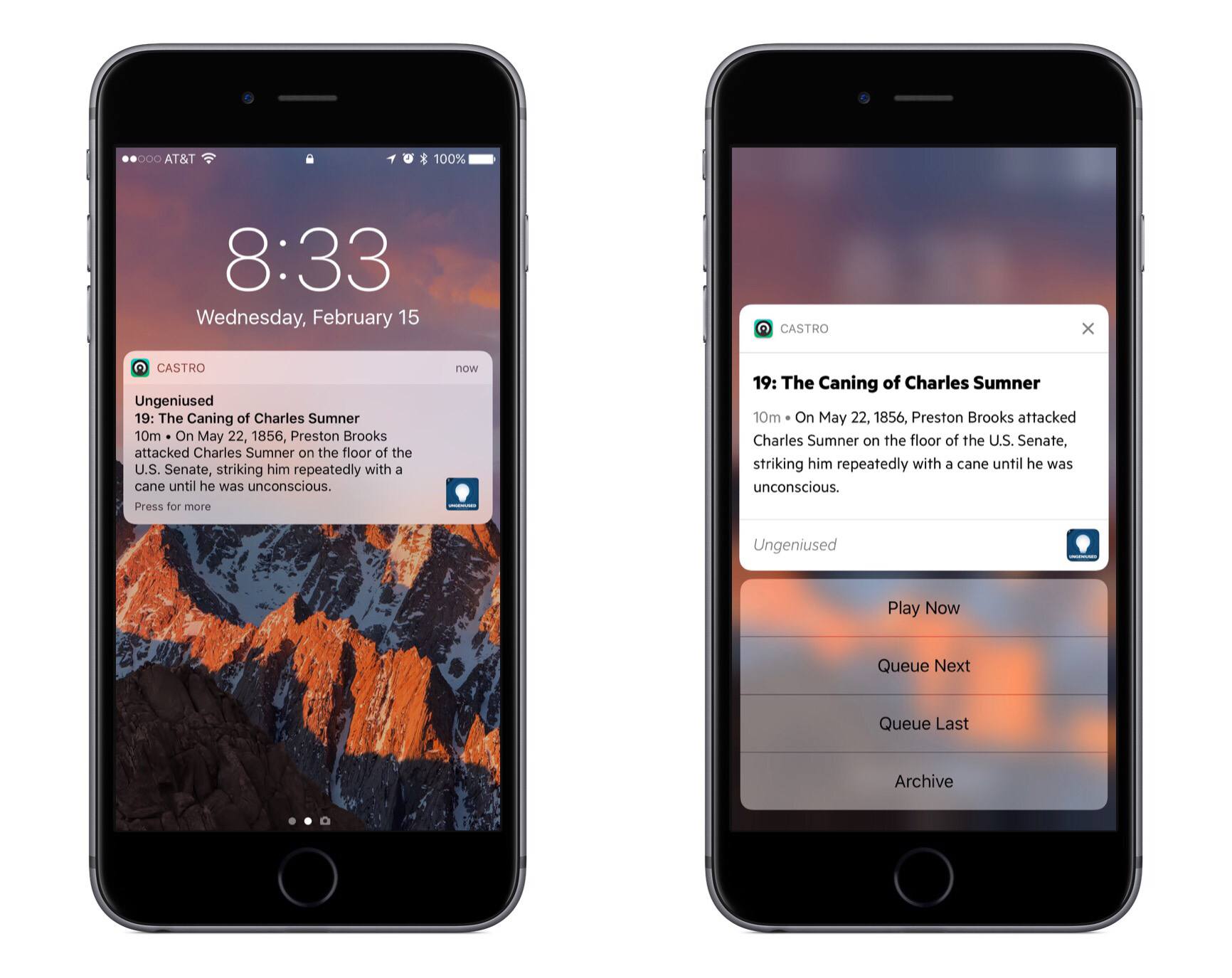 Today the team at Supertop announced the release of Castro 2.3, which introduces rich notification support for the podcast app.

Castro 2 launched last August with a new interface for managing podcast episodes that centers around an inbox and queue. With an increasing number of great podcasts available, the traditional model of subscribing to a show and adding all of its episodes to your feed can get overwhelming. In Castro 2 the solution to this problem is to have new episodes land in an inbox. The inbox allows users to decide which episodes make it to their queue for listening, and which don’t.

Previously, when notifications for a new episode came in, you were presented the options to play, queue, or archive the episode. But unfortunately, while the episode’s title would display in the notification, with many podcasts a title isn’t enough information to properly decide whether the show’s content is something you’d be interested in. As such, taking action on a notification often couldn’t happen in an informed way without opening the full app anyways. That changes with today’s update. Thanks to its implementation of iOS 10’s rich notification framework, a notification from Castro will now display a show’s artwork and a portion of the episode description along with the aforementioned action buttons. So now when a show’s episode title is San Frosé, you can be well informed about what the subject matter actually is.

Besides using rich notifications as a triage method, Supertop has one other interesting implementation of the feature. If you pause an episode when there are less than three minutes remaining, Castro will immediately send a silent notification that presents you with the option to archive the show and, optionally, play the next show in your queue. So if a show has a couple minutes worth of outro that you prefer to skip, rather than hitting the skip button several times you can now simply hit pause, then interact with the notification that appears in order to either move to the next show or end playback altogether. 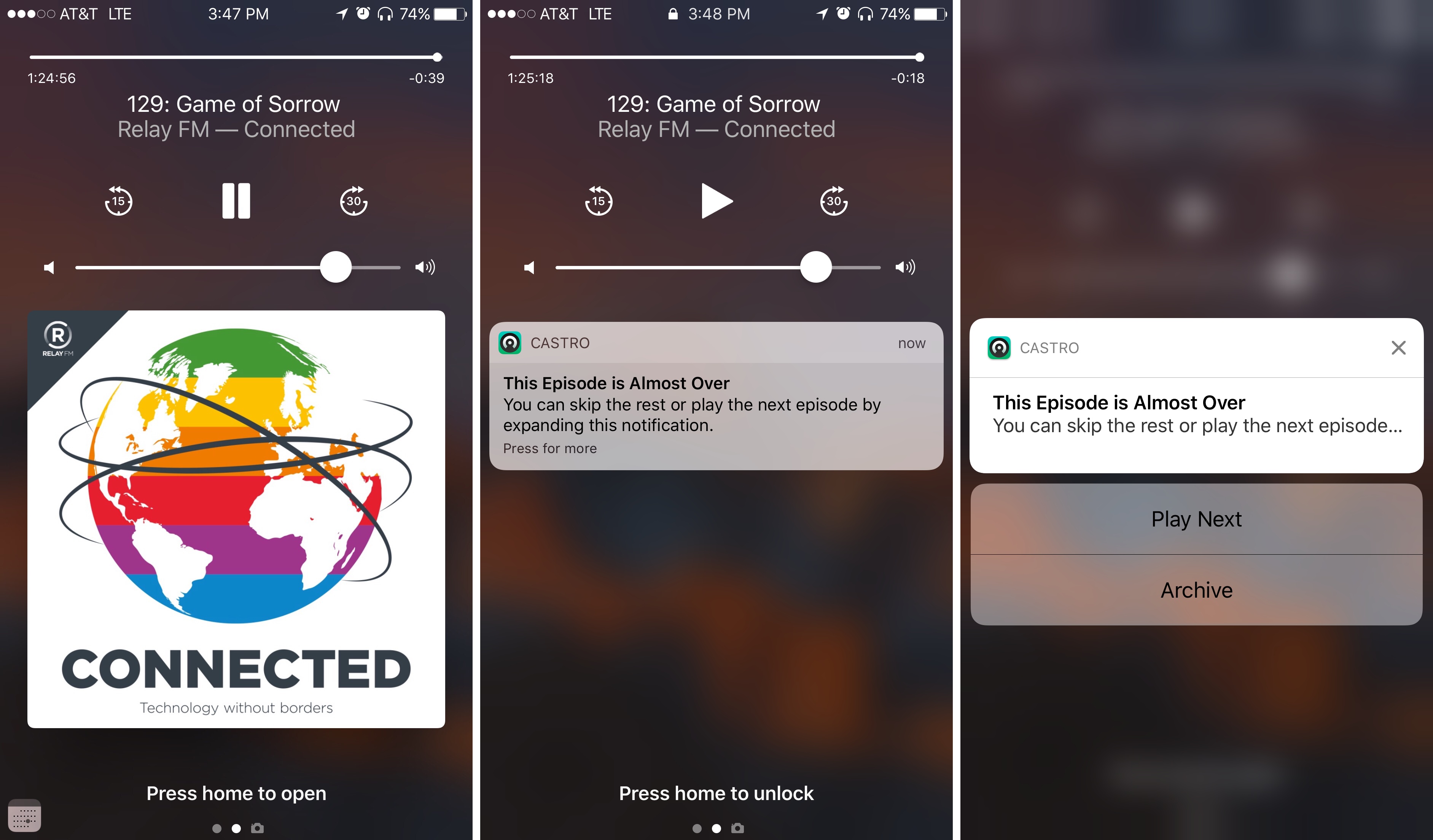 The full list of changes in Castro 2.3 is available on Supertop’s blog. Castro can be downloaded from the App Store.