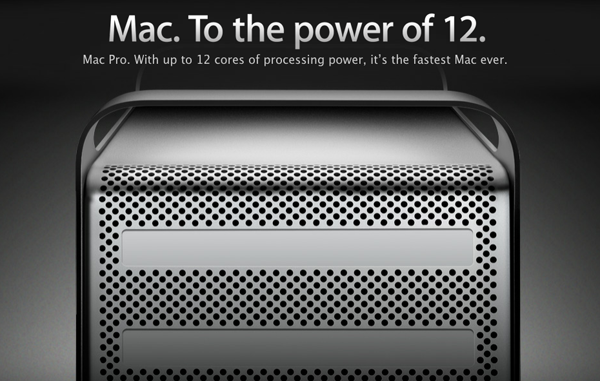 While presenting new MacBook Pro models with Retina display as their main stage act, Apple silently upgraded their Mac Pro line, which waited for an update for two years now. The basic model now features a 3.2 GHz Quad-Core Xeon processor, 6GB of RAM, with the rest of the specs remaining the same, priced at $2499, just like the old model.

Apple discontinued the 8-Core model. The new 12-Core model features two 2.4GHz 6-Core Xeons, twice as much RAM (12GB), with the rest of the specs remaining the same as well. Due to the slightly less powerful processor, Apple managed to immensely drop the price from $4999 to just $3799 for this new high-end Mac Pro model.

The Mac Pro Server with OS X Lion Server also got a small update: for the same $2999 price it now features a 3.2 GHz Quad-Core Xeon instead of a 2.8GHz model.

Check out a comparison with the old Mac Pro below.