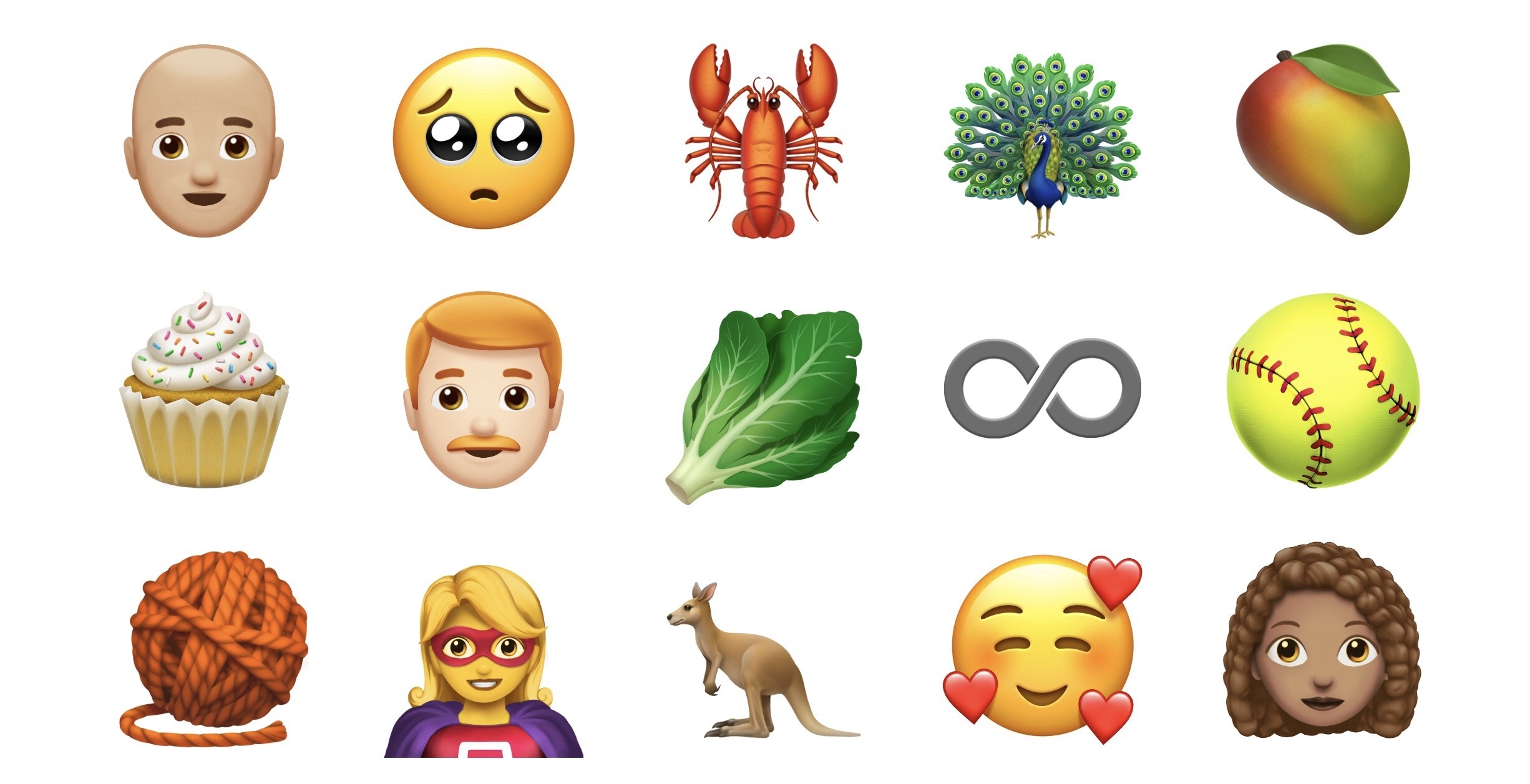 In celebration of World Emoji Day, Apple has released a preview of the new emoji arriving later this year in updates to iOS, macOS, and watchOS. There will be 157 new emoji in total, but today’s preview only features a select few.

A centerpiece of the emoji additions this year will be improved diversity in hair options, including red hair, gray hair, curly hair, and bald.

Last year the new set of emoji was added with iOS 11.1 in October, while the year before that new emoji didn’t arrive until iOS 10.2 in December. One way or another, it’s only a matter of months until some version of iOS 12 puts the 157 new emoji in the hands of users.