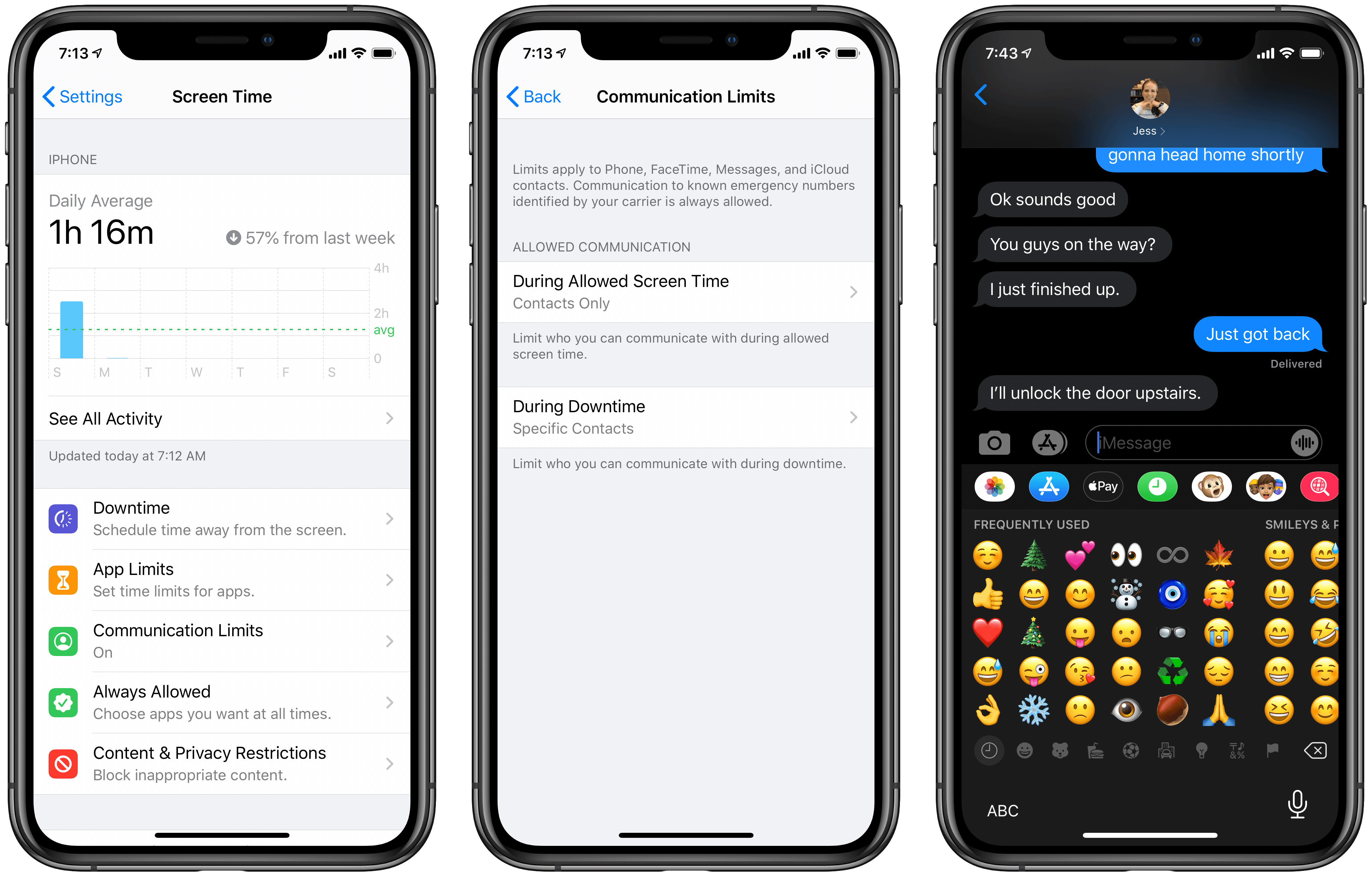 Apple today released what are surely its last major point releases of software for the year, iOS, iPadOS, and tvOS 13.3, alongside minor updates for the company’s other platforms. In fitting the trend of an out-of-the-ordinary software release cycle, which was largely caused by a particularly buggy iOS 13.0 release, today’s releases don’t contain the number of features we’ve grown to expect from a point update. iOS and iPadOS 13.3 include only a couple noteworthy improvements: Communication Limits have been added to Screen Time, and Memoji stickers can be removed from the emoji keyboard. On the tvOS side, 13.3 re-introduces the option for the TV app to display your Up Next queue as its Top Shelf behavior rather than auto-playing video instead.

Communication Limits includes two main features, one of which is a security feature geared toward parents, while the other could be equally useful for parenting or simply gaining more control of your own device. 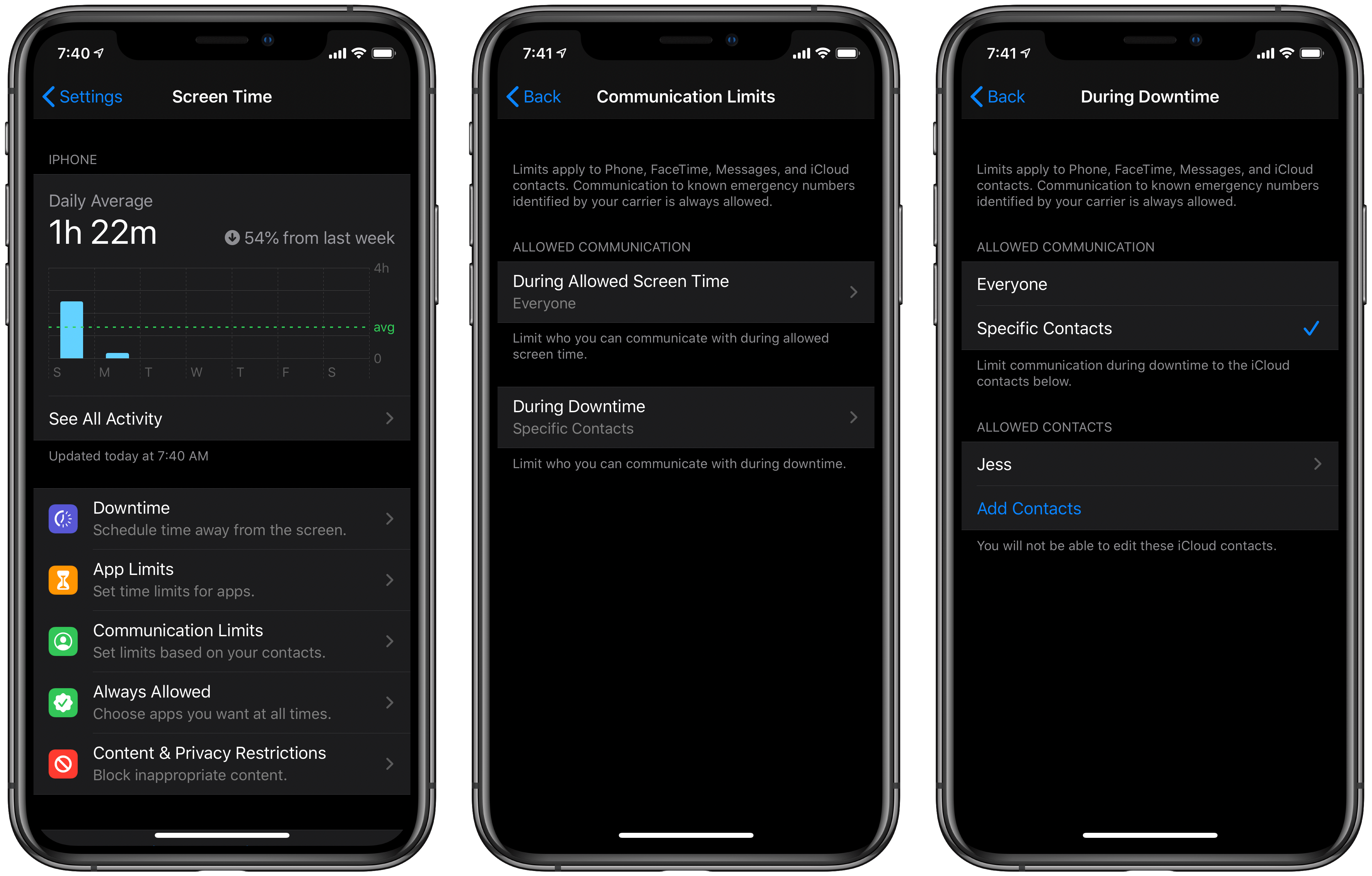 Upon visiting the new Communication Limits page inside Screen Time, the first option shows which categories of people can contact the device. Options are limited to Everyone and Contacts Only. If you’re a parent who’s concerned about your child receiving communication by someone you don’t know, the latter option is a nice catch-all for preventing unauthorized communication. There’s also, helpfully, an ‘Allow Introductions in Groups’ toggle, which determines whether someone in your child’s contacts will be able to add a non-contact to a group conversation with your child.

The second Communication Limits feature is still useful for parents, but it also has utility for any user wishing to allow only important communication through at key times. Under the ‘During Downtime’ option, you can choose to allow communication only with specific contacts of your choosing. So the next time you’ve activated Downtime, perhaps to help aid your focus while at work, you can ensure that certain important people in your life can still reach you. 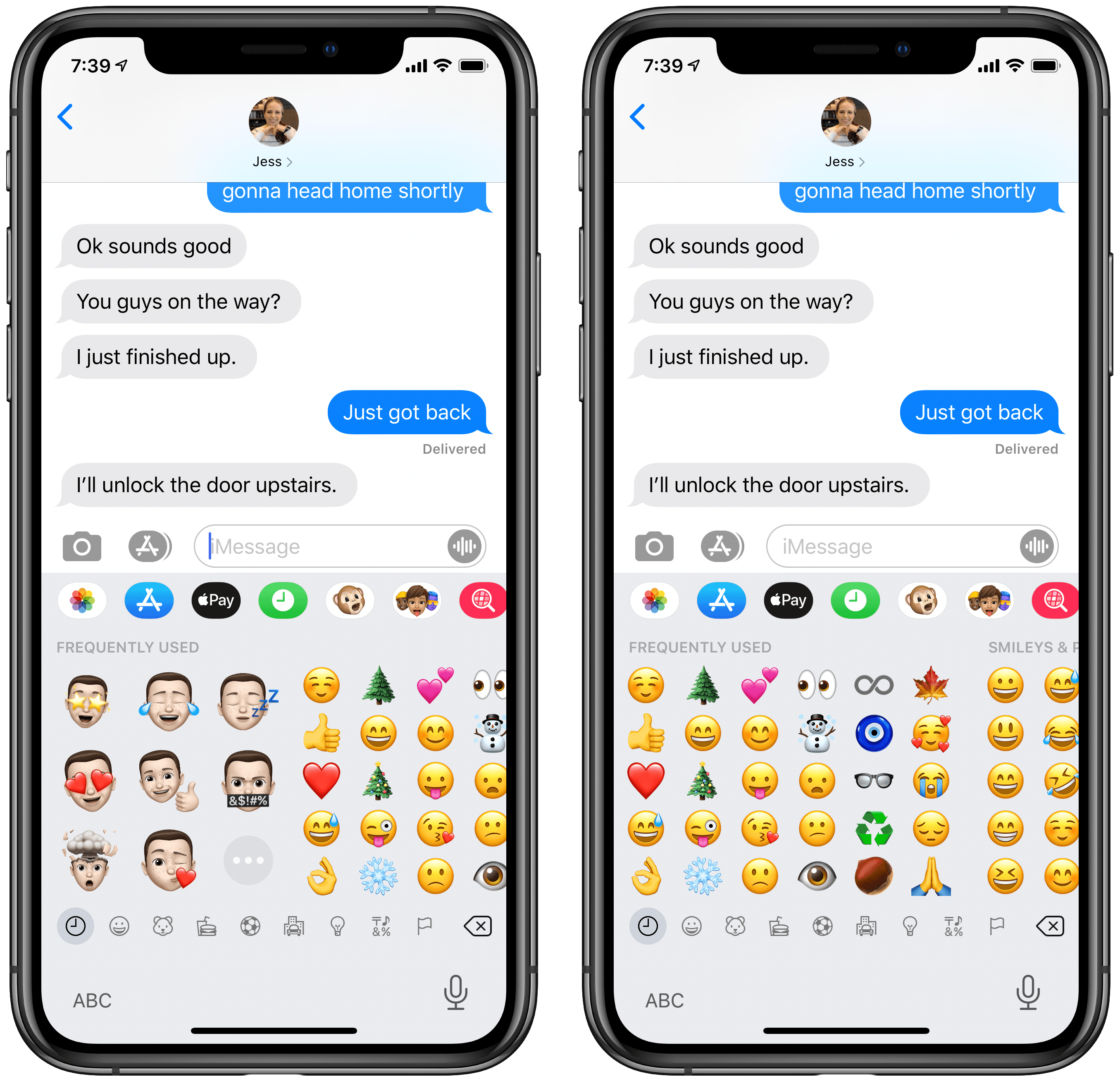 Emoji keyboard with Memoji stickers (left) and without (right).

One new feature of iOS 13.0 was that Memoji and Animoji stickers were added to the emoji keyboard. Even though technically these stickers weren’t emoji themselves, Apple added them to the keyboard so users would be more aware of them. This default behavior annoyed some users, however, and fortunately Apple has now provided a way to alter it.

When visiting Settings ⇾ General ⇾ Keyboard, at the bottom of the screen there’s now a toggle that can be used to remove Memoji stickers from the emoji keyboard altogether. Once removed, they can still be accessed from the iMessage app row that lines the top of the standard keyboard inside Messages. 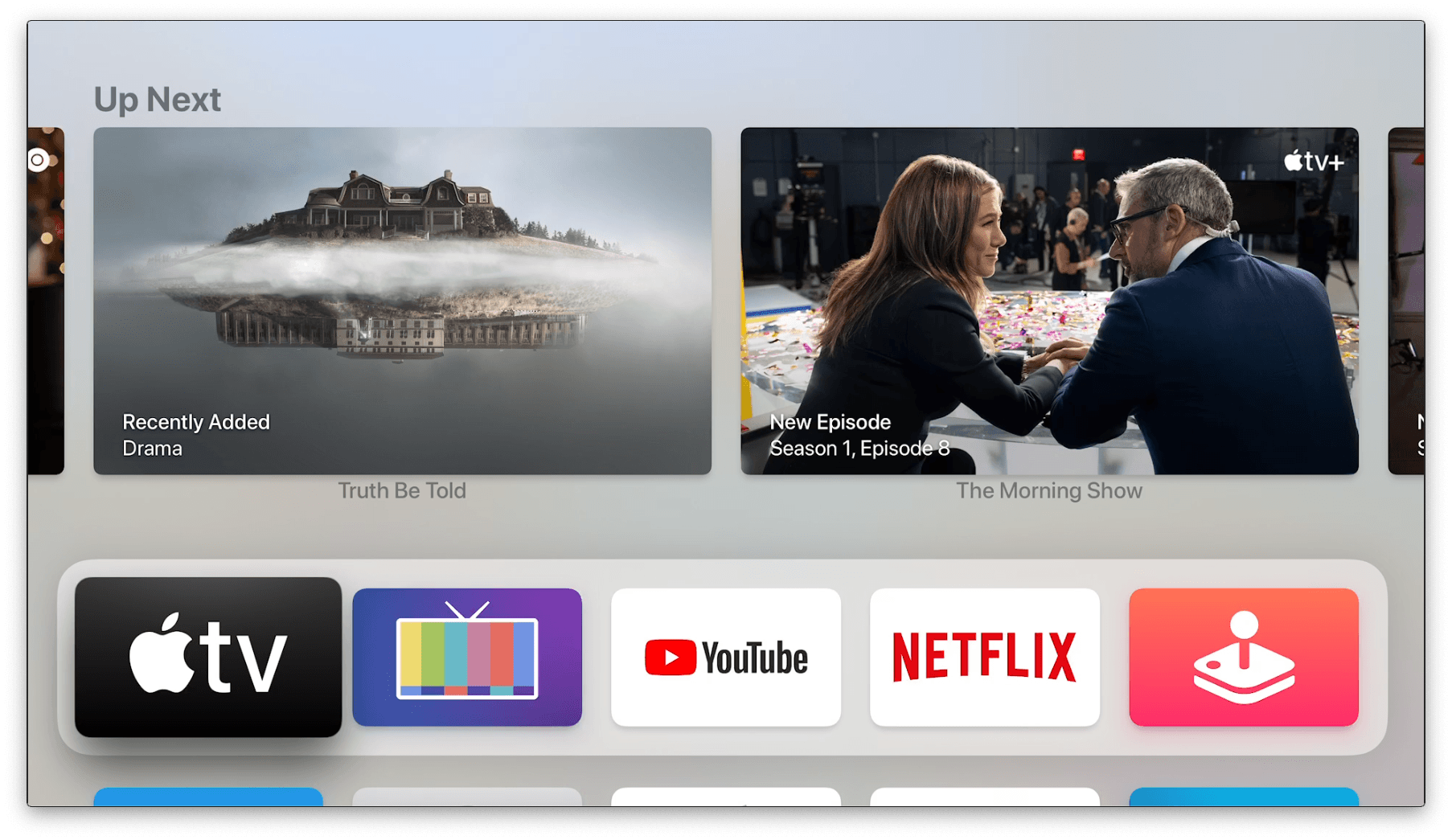 The new, old Top Shelf behavior for the TV app.

Following the theme of undoing something new to 13.0, the one standout feature of tvOS 13.3 is that you can revert the TV app’s Top Shelf behavior to its previous function. Prior to tvOS 13, keeping Apple’s TV app in your dock meant it would display your Up Next queue above it as its Top Shelf feature. This enabled quickly jumping into whatever show or movie you wanted to watch next. In 13.0, however, Apple changed this behavior so Top Shelf would instead feature an auto-playing video advertising specific TV app content, whether that be a TV+ show, an iTunes movie, or something else.

Now in 13.3, by visiting Settings ⇾ Apps ⇾ TV ⇾ Home Screen, you can change the Top Shelf behavior back to the Up Next option that was previously the default. While most users will never go to the trouble of doing this, I’m glad Apple makes the option available for those who want it.

Update: In addition to the aforementioned software updates, Apple also released iOS 13.3 for HomePod earlier today. The update brings improvements for multi-user voice support, which was introduced in October with iOS 13.2, and adds the ability to let individual family members enable or disable personal requests on HomePod for their user accounts.

Furthermore, Safari for iOS and iPadOS 13.3 has added support for physical security keys for authentication purposes. As discovered earlier in the iOS and iPadOS 13.3 beta cycle, Safari can authenticate users using FIDO2-compliant NFC, USB, and Lightning keys on websites that support this technology for greater security and account protection. For a great introduction to physical security keys and which accessories to buy, check out this guide by Paul Stamatiou.

The second half of 2019 has been an especially strange one for Apple’s software, with what’s usually a clean, synchronized release schedule across various platforms being split into separate releases all over the calendar. And now the year comes to an end with point releases that feel far more minor than their release numbers would indicate. I appreciate the trend of giving more options to the power users who will find them, and who care about them. However, I can’t help but feel that Apple’s ready to put 2019 behind them and hopefully move into a year that better reflects the kind of unified software strategy that the company typically pulls off seamlessly.