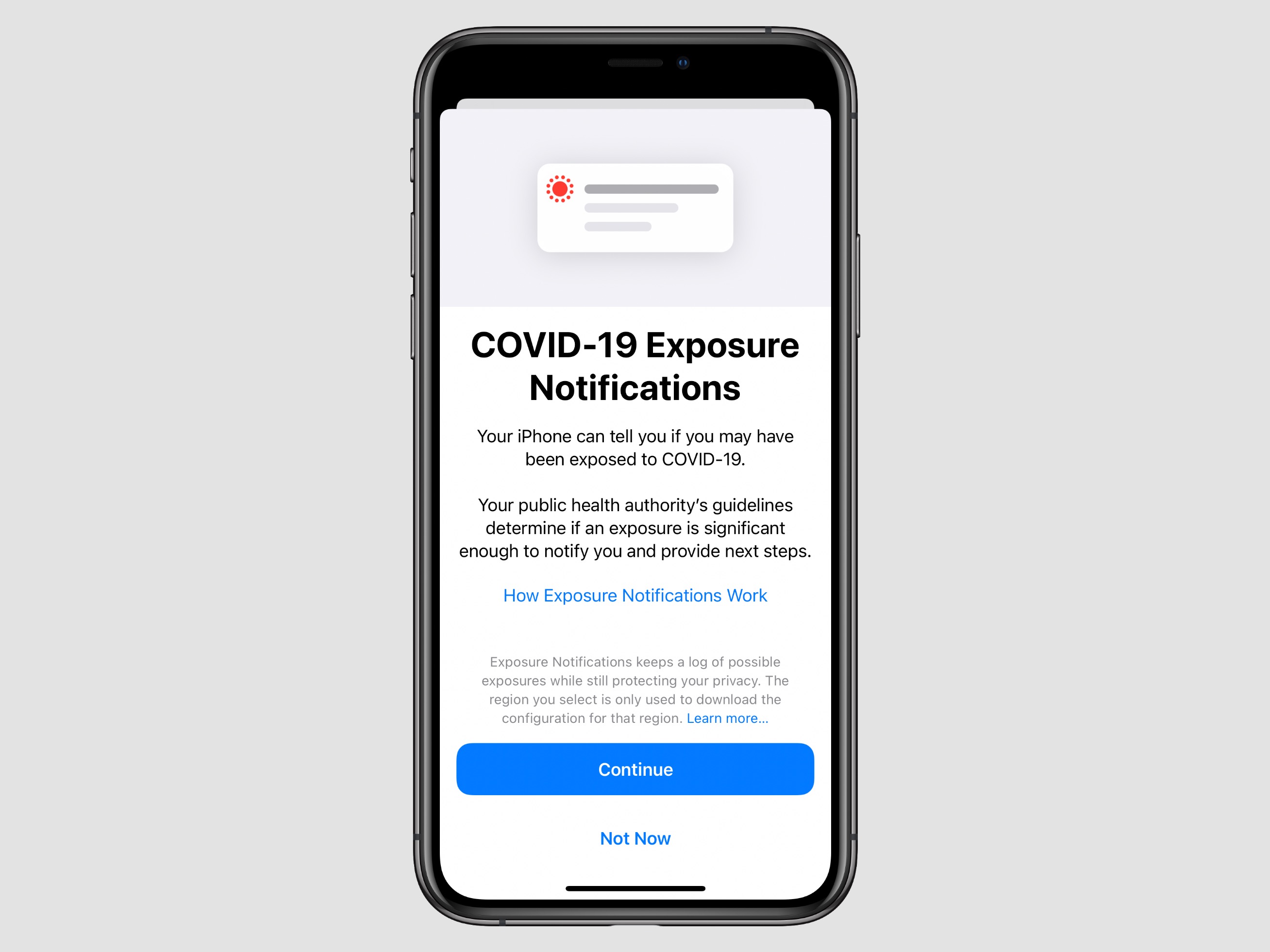 Today Apple released a beta version of what must surely be the final major point update to iOS 13, version 13.7, which includes one big feature: support for built-in COVID-19 exposure notifications without the need to first download a separate app.

When Apple initially committed to build an exposure notification system alongside Google, it explained that while its system would be dependent on apps from public health authorities at first, at a later date the company would have the feature built-in to iOS with no need for an additional app download. Beta users will still need to explicitly opt-in to the system if they wish to use it, however; simply downloading iOS 13.7 will not enable COVID-19 exposure notifications. You can opt-in from Settings ⇾ Exposure Notifications.

Ever since Apple released the first phase of its exposure notification work as part of iOS 13.5 in May, adoption of the technology by authorized apps has been relatively limited. In the US, for example, it was just earlier this month that the very first state launched an app with support for Apple’s system. Now, for beta users at least, exposure notifications are no longer entirely dependent on the work of third parties – though that statement may deserve an asterisk.

Apple explained back in May how COVID-19 exposure notifications will now work:

After the operating system update is installed and the user has opted in, the system will send out and listen for the Bluetooth beacons as in the first phase, but without requiring an app to be installed. If a match is detected the user will be notified, and if the user has not already downloaded an official public health authority app they will be prompted to download an official app and advised on next steps. Only public health authorities will have access to this technology and their apps must meet specific criteria around privacy, security, and data control.

If at some point a user is positively diagnosed with COVID-19, he or she can work with the health authority to report that diagnosis within the app, and with their consent their beacons will then added to the positive diagnosis list. User identity will not be shared with other users, Apple and Google as part of this process.

This documentation makes it sound like downloading a separate app might be necessary after an exposure has been detected, but it’s unclear. It’s possible that the entire process can work without an app, but that Apple will, where available, promote and integrate with apps from authorized health authorities as well. It’s also unclear if the feature will be restricted to certain geographic domains or if it will be available to all users. 13.7’s beta release notes state rather vaguely that “System availability depends on support from your local public health authority.”

Requiring a separate app download, and even before that requiring health authorities to first develop their own apps, always seemed like too great of hurdles to allow mass adoption of Apple and Google’s system. Here’s hoping today’s release is the start of changing that.