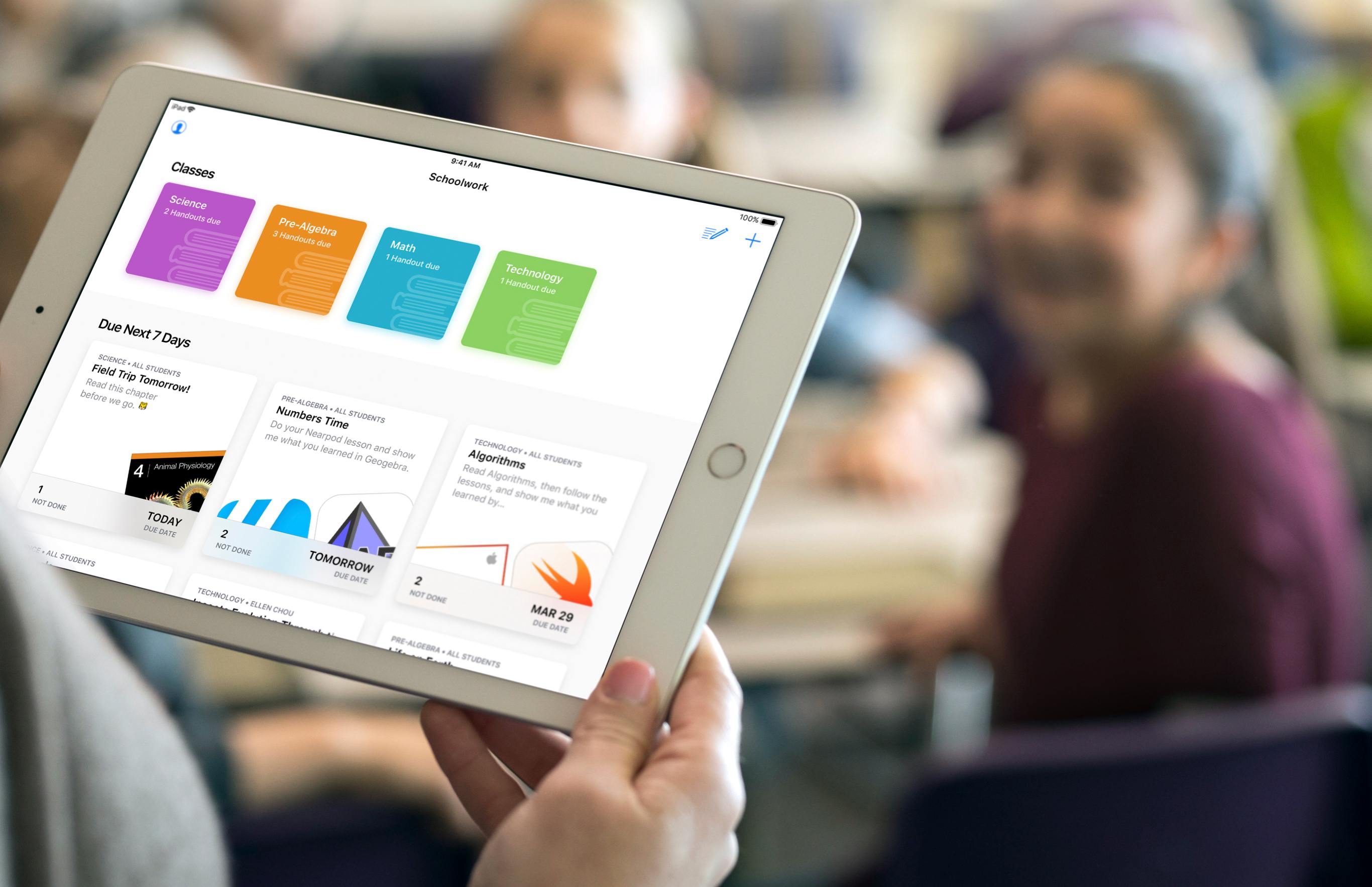 Education was the sole focus of today’s Apple event in Chicago, and a big part of that story was software: Apple introduced a brand new iPad app for teachers and students called Schoolwork, an upcoming Mac version of its existing iPad Classroom app, and it also launched a new ClassKit framework that enables third-party developers to integrate their educational apps with Apple’s own broader education system on iOS.

The new Schoolwork app, arriving in June, is meant to serve as a collaborative data-sharing environment for teachers and students. It enables teachers to make assignments in educational apps and track students’ progress on those assignments. In apps with collaboration features, teachers and students can work together on an assignment in real-time. Teachers can also use Schoolwork to send handouts to students. Because of its capabilities, Schoolwork is able to serve as a central schedule hub to keep students organized and on track.

The Mac version of Apple’s Classroom app will also launch in June, as a beta. It will serve the same functions as its existing iPad equivalent. Classroom differs from the new Schoolwork app in that it’s meant for instructors only, not students, and is used for general classroom management. The Classroom iPad app launched two years ago as a tool for school instructors to manage student devices and share files in bulk with the class, among other administrative functions, and it continues serving those purposes today.

With Schoolwork and Classroom, Apple now has a stronger student-teacher app ecosystem than before – but first-party apps weren’t the whole story Apple had to tell. To help further broaden the possibilities of Schoolwork and Classroom, third-party developers now have access to a new ClassKit framework, which will enable third-party educational apps to read and write information into the Schoolwork app, similar to how third-party health apps can use HealthKit to read and write data to Apple’s Health app. Apps can populate assignable content in the app, which teachers can then track the progress of. ClassKit is launching for developers as part of the forthcoming betas for Xcode 9.4 and iOS 11.4.