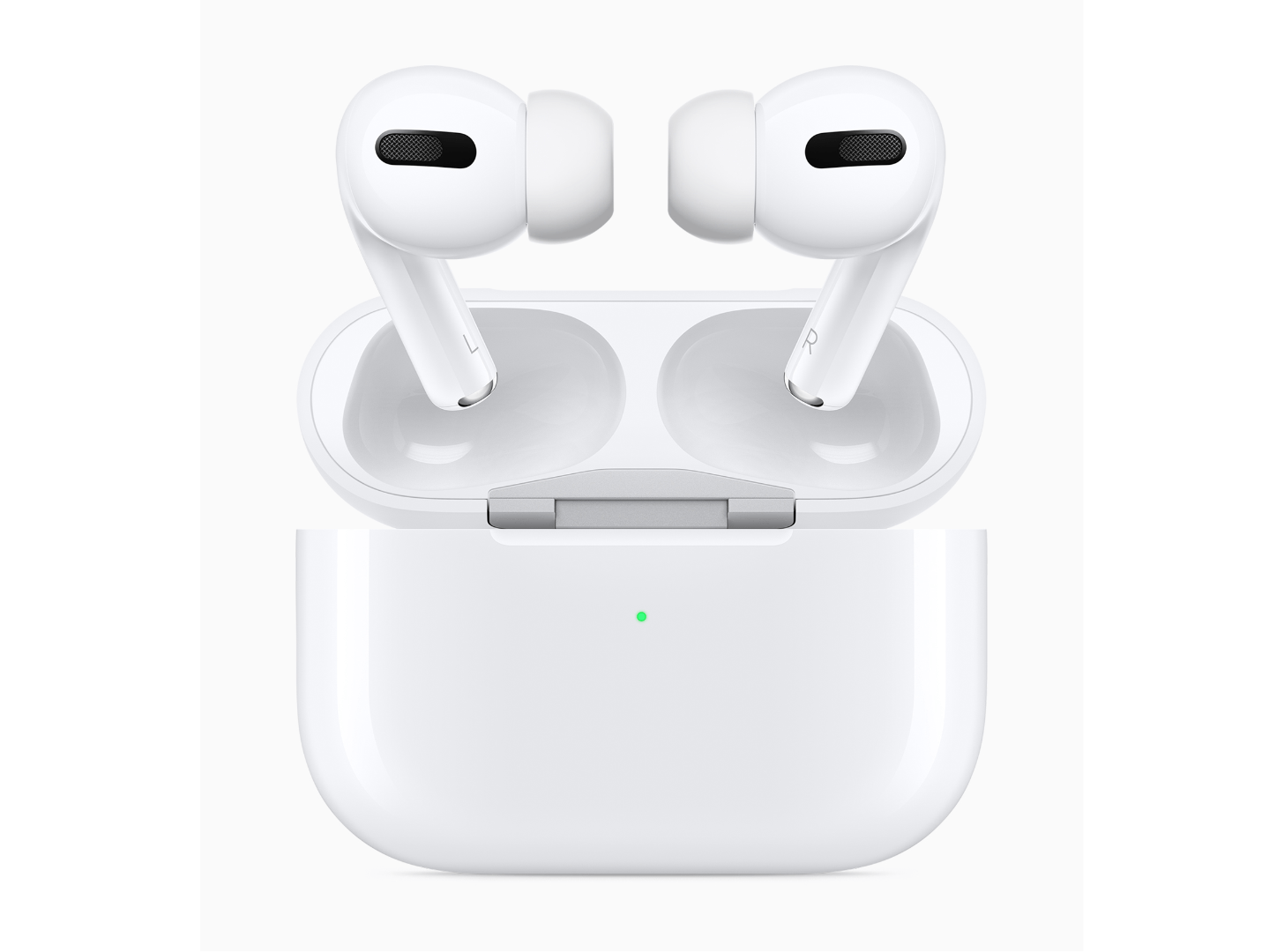 Today Apple announced a new, premium model of AirPods which is now available for purchase: AirPods Pro. Rather than replacing the existing second-generation AirPods, Apple is launching AirPods Pro as a separate option for users who want the premium features included in the new Pro model: active noise cancelling, water and sweat resistance, Transparency, and Adaptive EQ. AirPods Pro can be ordered now for $249, and will be in stores on October 30th, just in time for the holiday shopping season.

The new AirPods Pro use two microphones, one that faces outward and one that faces toward the ear for active noise cancellation, adapting the signal 200 times per second. Transparency mode uses the microphones to allow users to listen to music while also hearing their surroundings.

When fitting the AirPods Pro for the first time:

… advanced algorithms work together with the microphones in each AirPod to measure the sound level in the ear and compare it to what is coming from the speaker driver. In just seconds, the algorithm detects whether the ear tip is the right size and has a good fit, or should be adjusted to create a better seal.

The AirPods Pro also use a new feature called Adaptive EQ that:

The AirPods Pro have changed the way music playback and phone calls are controlled too:

Switching between Active Noise Cancellation and Transparency modes is simple and can be done directly on AirPods Pro using a new, innovative force sensor on the stem. The force sensor also makes it easy to play, pause or skip tracks, and answer or hang up phone calls. Users can also press on the volume slider in Control Center on iPhone and iPad to control settings, or on Apple Watch by tapping on the AirPlay icon while music is playing.

According to Apple, the AirPods Pro case provides total battery lasting 24 hours playing music and 18 hours talking on an iPhone, while a single charge of the AirPods Pro provides 5 hours of music listening with noise cancellation off and 4.5 with it turned on. Like the second-generation AirPods, the Pro model also features the H1 chip and can be charged wirelessly with a Qi charger. The AirPods Pro come with a USB-C to Lightning cable and require iOS 13.2. 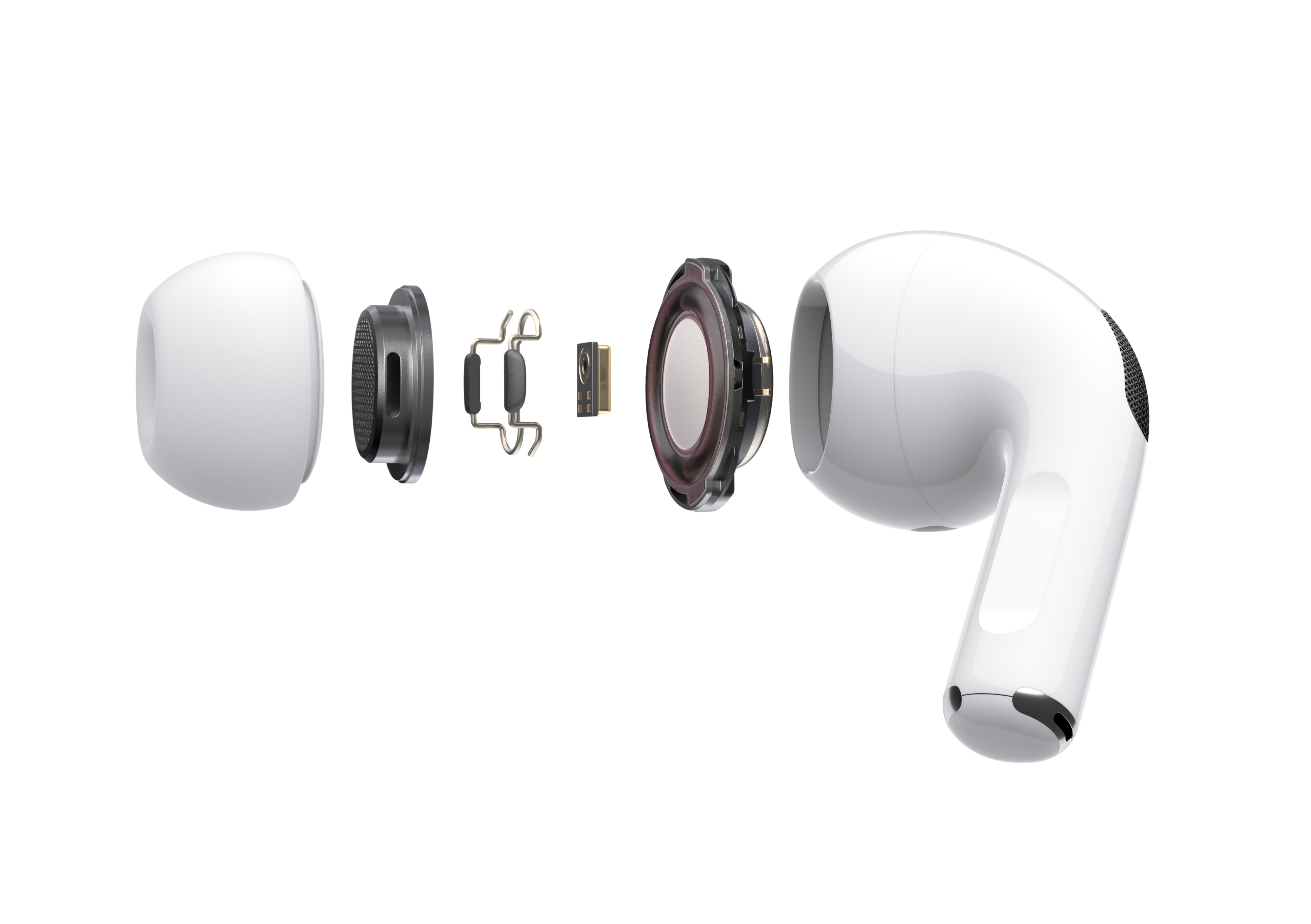 It makes sense, however, that the new model doesn’t replace its predecessor, but merely accompanies it in an expanded lineup. Most AirPods customers likely don’t want or need noise cancelling functionality, so the standout feature of AirPods Pro is targeted toward a smaller niche of customers. Following Apple’s pattern with its other products, there’s now a mass-market, lower-cost version of AirPods and a Pro model that offers something extra, but at a higher price tag.

One area Apple could have differentiated AirPods Pro even further is by providing new color options, but white remains the only available finish. As nice as a darker shade would be, from a marketing standpoint it’s hard to argue against maintaining the status quo with AirPods’ iconic white finish. When your product can be effortlessly recognized in public, you don’t change that.