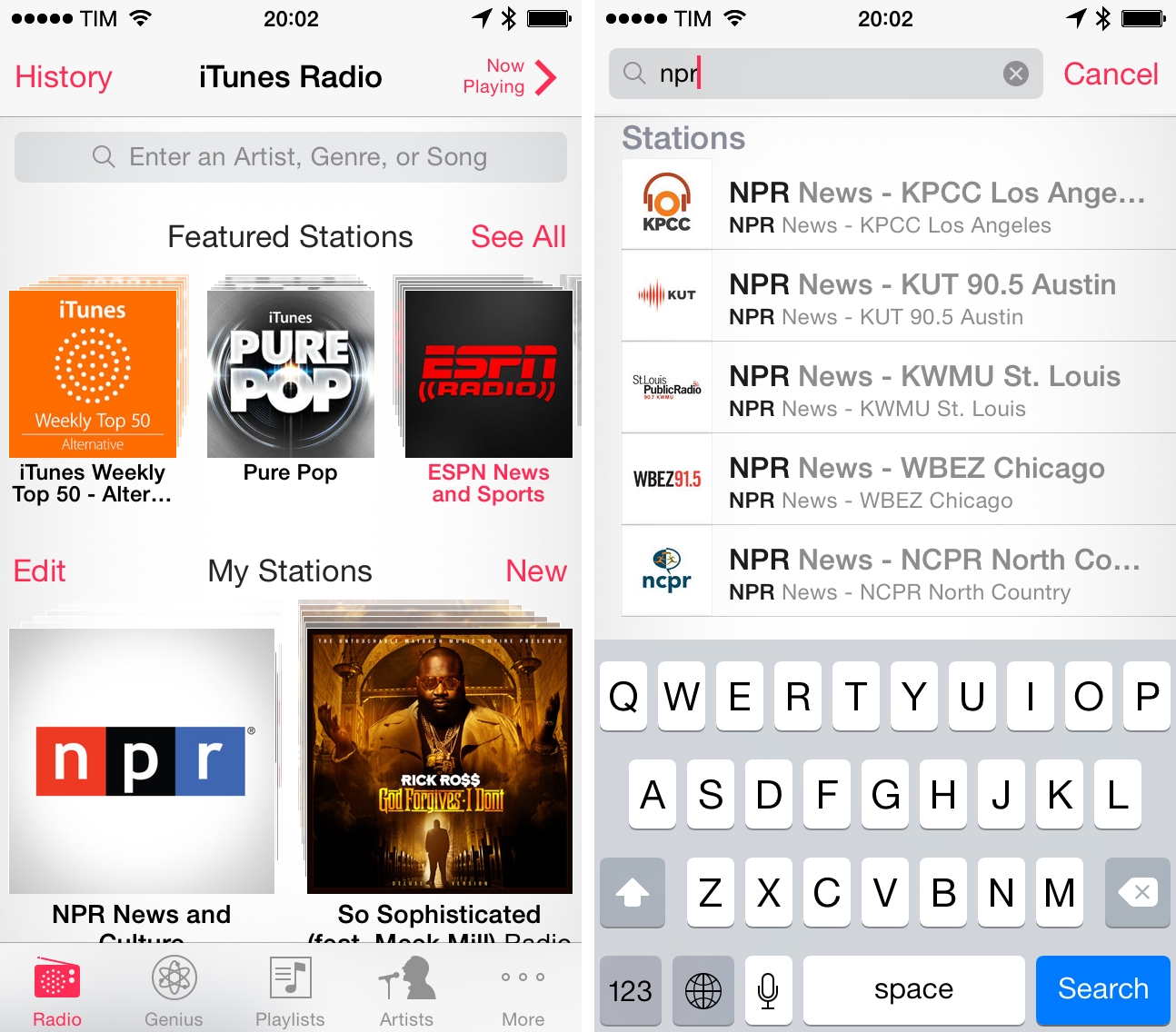 As first reported by AppleInsider, Apple has today added ESPN Radio and over 40 local National Public Radio (NPR) stations to its iTunes Radio service. The new stations are available in the iTunes Radio section of the Music app for iOS devices and they’ve started appearing on iTunes for desktop computers as well.

Unlike other pre-programmed DJ stations or music stations based on algorithmically-generated suggestions from iTunes, ESPN Radio and local NPR stations offer live programming for sports news, talk shows, and more. A first NPR station for iTunes Radio launched in March, when we noted that it marked an important milestone for Apple in their efforts to diversify content offered on the company’s radio service.

Apple launched iTunes Radio with iOS 7 in September 2013 but, so far, the service is only available for iTunes users in the United States and Australia. ESPN Radio is available on iTunes Radio here, while local NPR stations can be found through search.