Ahh, the most famous ‘hacker’ meme on the planet. If you don’t know what this refers to, wikipedia can explain it. 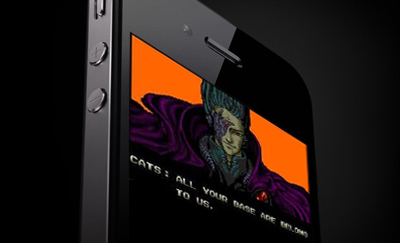 Anyone running Apple’s iOS has a software-readable serial number – a “Unique Device Identifier,” or UDID. Eric Smith, a Bucknell University network admin, studied iPhone apps from the “Most Popular” and “Top Free” categories in Apple’s App Store and collected and analyzed the data being transmitted between installed apps and remote servers using open source tools. They found that 68% of the applications were transmitting UDIDs to servers under the application vendor’s control each time the application is launched. 18% of the applications tested encrypted their communications so that it was not clear what type of data was being shared. Only 14% of the tested applications appeared to be clean. They confirmed that some applications are able to link the UDID to a real-world identity. Scary, I know.

The iPhone’s UDID is eerily similar to the Pentium 3’s Processor Serial Number (PSN).  While the Pentium 3 PSN elicited a storm of outrage from privacy rights groups over the inherent risks associated with the sharing of such information with third parties, no such concerns have been raised up to this point regarding the iPhone UDID.  As UDIDs can be readily linked to personally-identifiable information, the “Big Brother” concerns from the Pentium 3 era should be a concern for today’s iPhone users as well.

Here’s a 19 page PDF link of the full report if you want to read it.