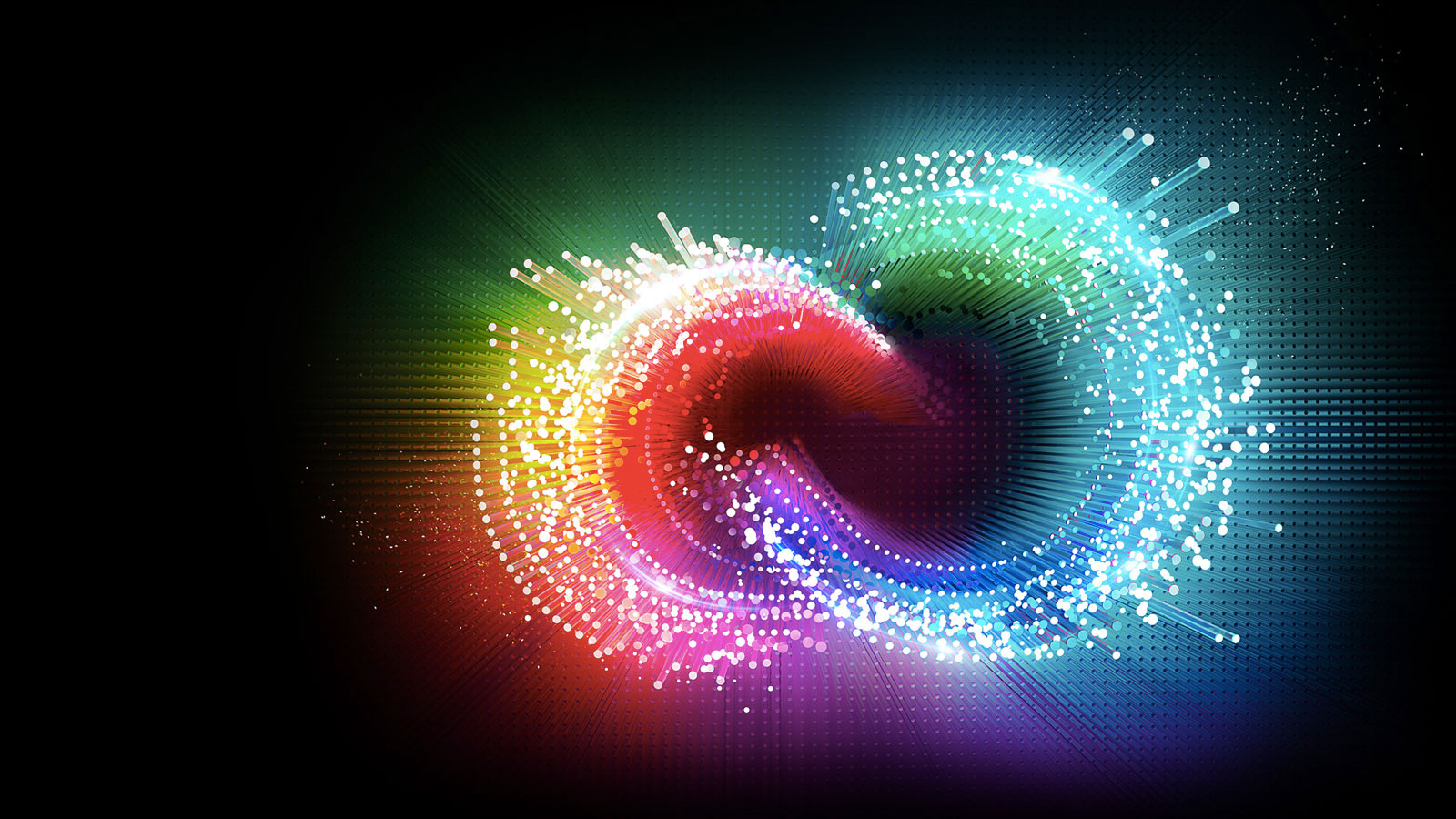 Adobe yesterday pushed some huge updates to their Creative Cloud desktop apps, as well as launching new mobile apps, a Creative Cloud SDK for third parties, and even some hardware products. To get your head around all of Adobe’s news, we’ve put together this brief recap of all the news, with links to great articles and reviews if you’re interested in learning more.

“Our shift to Creative Cloud has given us a broad canvas on which to innovate like never before,” said David Wadhwani, senior vice president, Digital Media, Adobe. “We’ve taken bold steps with this milestone release, fast-tracking new features to industry-defining tools like Photoshop and InDesign, while introducing mobile apps that turn tablets into indispensable creative tools.”

Time will tell, but perhaps the most significant announcement in the long-term will be Adobe’s announcement of a Creative Cloud SDK. This SDK will allow third party developers to do everything from incorporate their apps with Adobe’s Creative Cloud storage component, enable compatibility with Photoshop documents (.PSD), support Adobe’s new Ink and Slide hardware, publish directly to Behance and a whole lot more. You can read more about the SDK on Adobe’s website and request access to the private beta.

Khoi Vinh has a great take on all of Adobe’s announcements that you should really read, but I think his comments on the Creative Cloud SDK are particularly great.

A properly implemented third-party developer ecosystem could mean that the next Photoshop or Illustrator competitor won’t have to fight against the full might of Adobe in order to gain mass acceptance. Rather, with access to Creative Cloud’s millions of pre-qualified customers of creative tools, they could compete against Adobe’s marquee apps on a feature-by-feature basis. So long as they’re driving more subscriptions, Adobe benefits regardless.

Adobe launched three new, free, mobile apps for the iPad; Adobe Line for precision drawing and drafting, Adobe Sketch for free-form drawing (with interesting community features), Photoshop Mix which has been designed to do precise compositing and masking. Updates were also made to their recently launched Lightroom for iPhone and Adobe Voice (intended to create animated videos on an iPad).

While Sketch is a solid program in its own right, Line is an outright masterwork from Adobe: an easy-to-use app with incredible power behind it. At its heart, the app is designed to help you easily draft and draw shapes, lines, and other geometrical objects. It does so with a wide array of guides (called Trace Packs and Stamp Packs) that you can enlarge, resize, and twist on your canvas.

If you’re curious to learn more about Adobe’s new Line and Sketch apps, a great review of them by Serenity Caldwell is available at Macworld. Meanwhile, over at TechCrunch, Darrell Etherington took a look at Photoshop Mix and shared his experience with the app.

Based on my usage, the method Adobe has created for selecting areas of an image to separate is unmatched on touch-based devices in terms of ease of use and accuracy. It’s not perfect, but it’s as close as you can possibly get when you’re not using fine detailed instruments like a Wacom tablet or a high-DPI mouse. And you can feel okay about picking up a little more than you intended to on your first pass – switching to “Remove” from “Add” lets you easily edit out parts you didn’t mean to pick up after the fact. 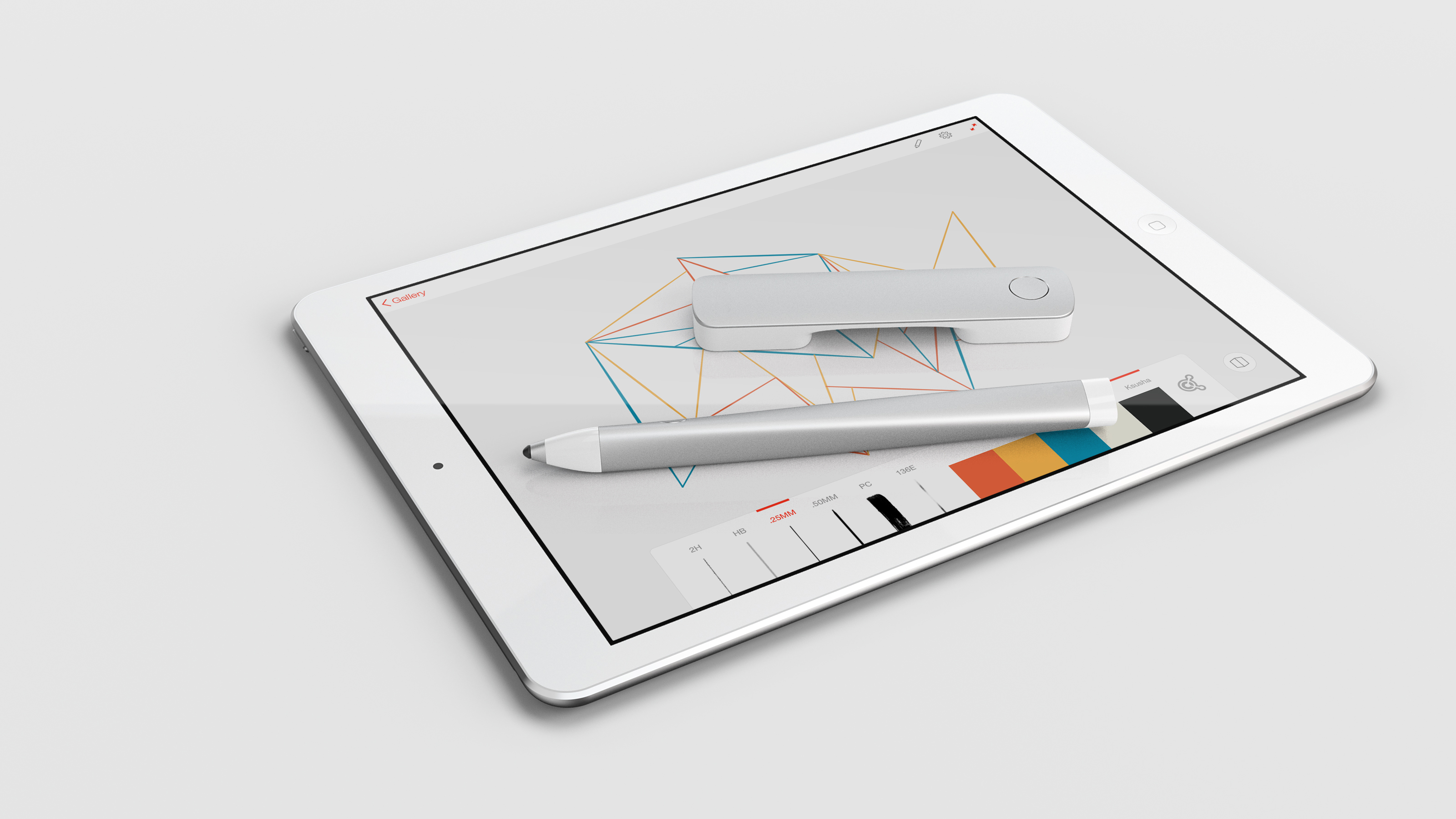 Adobe previously announced the Ink and Slide, but officially released the product yesterday. Its a $199.99 package, made in partnership with Adonit, that contains a stylus (‘Ink’) and ruler (‘slide’) for use on tablets - specifically Adobe’s iPad apps.

The Verge has a thorough review of the Ink and Slide, as well as how they fit in with the new iPad apps. In particular, they got illustrator Devon Candy-Lee to give the tools a go and his input really gives the review a great touch, revealing the limitations of the product and software.

His results are really impressive, but Cady-Lee isn’t taken with the tools or apps. He called Sketch — the app meant for drawing — “more of a novelty than a tool.” And as for the entire package? “With Adobe behind it,” he says, “I would have expected it to be more powerful.”

Cady-Lee found that the tools do a good job of reproducing their real-world counterparts, but he says that the number of tools and the options present for each of them are too limited. There’s no painting tool, for instance, and erasing is an all-or-nothing deal, so you can’t smudge something like you might on a real canvas. “These are all finicky, nitpicky things,” he says, “but they all add up to the fact that this isn’t a very powerful tool.”

The pen’s pressure levels and the speed at which it can draw are also a bit too basic to do any serious work. “It was a real fight to use that stylus on a level of sketching,” Cady-Lee says. “Rendering painting, getting into fine details: it was kind of a nightmare.” For his dragon illustration, Cady-Lee used Sketch — the more limited of the two programs, but the one designed for drawing — and he ultimately had to push its limits to get the amount of detail that he wanted. 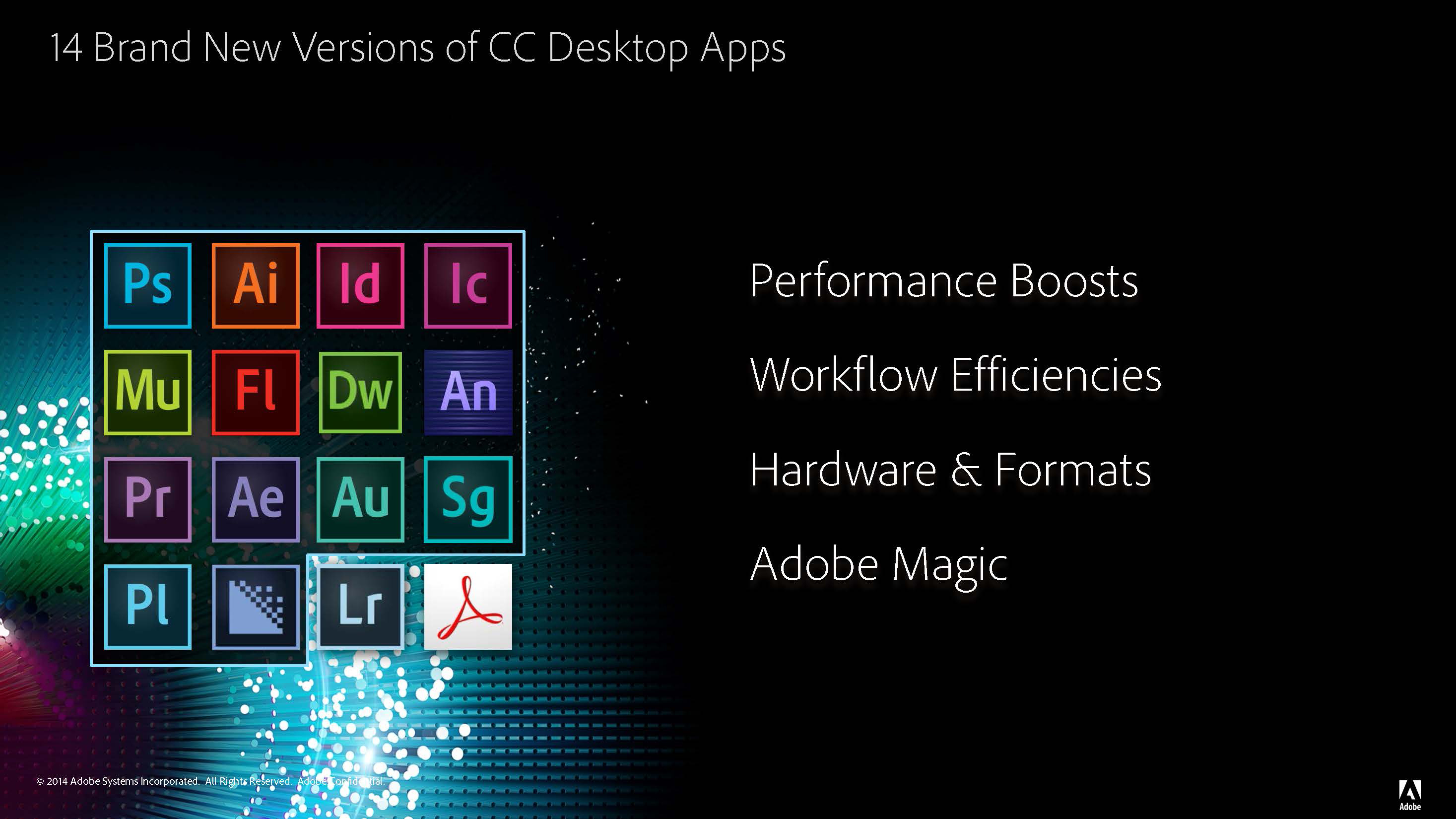 Beyond the mobile announcements, it was a huge day for Adobe’s Creative Cloud desktop apps, from Photoshop and Illustrator to Muse and InDesign to After Effects and all their other top tier products. Adobe claims it is the biggest software release since CS6 in 2011, and here’s a snapshot of the updates from Adobe’s press release.

Read more details about what is new on Adobe’s Photoshop webpage.

New capabilities in Photoshop CC for photographers such as, Blur Gallery motion effects for creating a sense of motion; Focus Mask that makes portrait shots with shallow depth of field stand out; new Content-Aware capabilities; and the recently introduced Perspective Warp for fluidly adjusting the perspective of a specific part of your image without affecting the surrounding area. Designers using Photoshop CC will enjoy enhanced Mercury Graphics Engine performance as well as the ability to link Smart Objects and share them across multiple documents. With improved Layer Comps, users save time by changing the visibility, position, or appearance of one layer and simply syncing to see the change reflected in all other Layers. Photoshop CC also has ability to pinch and zoom images, create smoother strokes, and deliver a more responsive experience on Windows 8 Touch devices, such as Microsoft Surface Pro 3.

Read more details about what is new on Adobe’s Illustrator webpage.

Also for designers, new capabilities in Illustrator CC include Live Shapes to quickly transform rectangles into complex shapes and then return to the original rectangle with just a few clicks, as well as faster rendering of vector graphics with GPU acceleration on Windows with an Adobe-certified NVIDIA graphics card.

Read more details about what is new on Adobe’s InDesign webpage.

Adobe has had some great success with their Creative Cloud subscriptions and announced that there are over 2.3 million subscriptions, apparently “far exceeding original projections” from when it was launched. To further boost those numbers, Adobe has made the Creative Cloud Photography plan a permanent offering (previously it was just a special offer) that provides access to Photoshop CC, Lightroom 5 and all of Adobe’s mobile apps - for US$9.99. More information about this, and Adobe’s other Creative Cloud plans, is available on their website.

Thanks to Jacob Penderworth for notifying us that the Photography Plan was not actually a new offering.