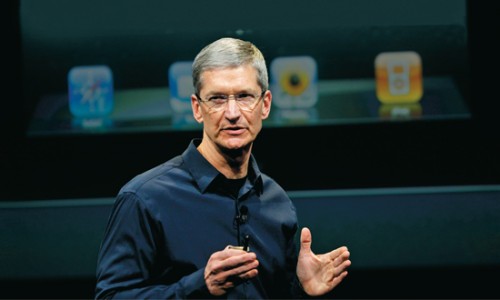 The reason that it is so large in my view is that the iPad has stood on the shoulders of everything that came before it. The iTunes Store was already in play, the App Store was already in play. People were trained on iPhone. They already knew about multitouch. Lots of things that became intuitive when you used a tablet, came from before. I gave one to my mother and she knew how to use it from watching the commercial.

On Siri and iCloud:

Both of these things go in the profound category. They’re things that you’ll talk to your grandkids about that are profound changes.

On cannibalization of the Mac:

iPad has cannibalized some Mac sales. The way that we view cannibalization is that we prefer to do it to ourselves than let someone else do it.

The whole transcript is interesting and gives some perspective on Tim Cook as CEO and “product guy” who’s in charge of Apple now. Make sure to check out the entire Q&A here.