Should You Buy a 3G iPad or Use Personal Hotspot? 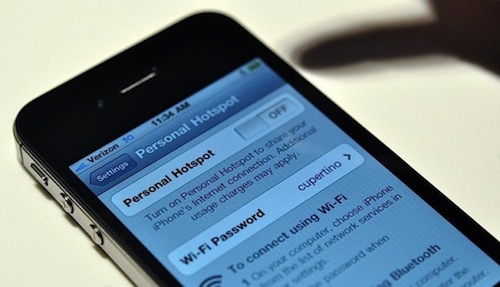 Jeff Carlson at Tidbits has a great piece about many iPhone and iPad owners’ recent question: should your next iPad be a 3G one, or can you just use Personal Hotspot through your iPhone? In short: it depends on how much data you use and how many devices you could be able to connect to the Personal Hotspot. But overall, the hotspot functionality of iOS 4.3 sounds like a great plan if you already have an iPhone and know you’ll be doing a lot of iPad 3G surfing.

So, in the end, the Personal Hotspot approach will be cheaper for AT&T users who use lots of data, and more expensive for those who can stay within the lowest limits. And it’s exactly the reverse for Verizon Wireless users, for whom the Personal Hotspot approach is slightly better for lower bandwidth users, but more expensive once you go beyond 2 GB of data.

Personally, I’ve grown accustomed to having an Internet-connected iPad whenever I need it, whether that’s on a familiar Wi-Fi network or taking advantage of near-ubiquitous 3G coverage (in Seattle, where AT&T’s coverage is generally good). As for ease of use, the fact that the iPad remembers the iPhone’s network password, and that the iPhone switches into Personal Hotspot mode easily, leads me to think that adding the extra step of enabling the hotspot wouldn’t be onerous.

From my experience with 3 Italia’s network, I can say my next iPad is going to be a WiFi-only one. The setup is easy and the iPad remembers the Personal Hotspot password, plus you can leave the hotspot set to “on” even when you’re not using so you won’t have to re-enable every single time. The iPhone won’t consume battery and everything will be left as it is. Personal Hotspot is just too good for me to ever want a 3G iPad.