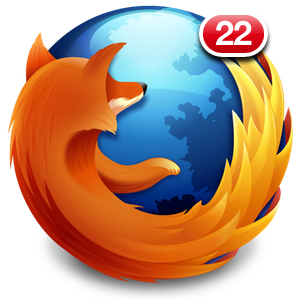 Ryan Paul at Ars Technica reports about Mozilla’s “web push notification” project, which, in theory, would allow Firefox users to stay on top of websites like Twitter, Facebook, or Gmail using a push notification system similar to iOS:

Jeff Balogh has written more about the project here, describing how notifications could be sent to any “Firefox device” including iPhones running Firefox Home:

Once the notification is in the system, we’ll deliver it to the recipient on all the devices they have Firefox installed, but we’ll try not to show duplicate notifications on different devices.

There’s a lot at stake here. On the one hand, desktop browsers have largely failed at delivering the kind of real-time connections and up-to-the-minute social/news updates you can expect from mobile apps on iOS and Android. Sure, there are extensions and add-ons, but they’re not nearly as integrated and “part” of the system. Push notifications almost seem “meant” for mobile devices. Furthermore, notifications are an area of mobile development both Google and Apple have been focusing on during the past years; on the desktop, apps have to rely on their own notification system or third-party apps, but browsers like Firefox sport no built-in push notification technology whatsoever. As far as “web notifications” go, Boxcar has been up to some interesting stuff including the desktop.

On the other hand, one could argue that we have enough notifications on our mobile devices, and having to see the red badge in our desktop browsers would be a terrible idea. I believe Mozilla’s project is worth of attention nevertheless, especially on the iOS side considering the existing Firefox Home app, and I look forward to seeing a first implementation, which hopefully will be available before Firefox 25 ships.