FTP Support, Short URLs, And Other Features Coming Back To Skitch 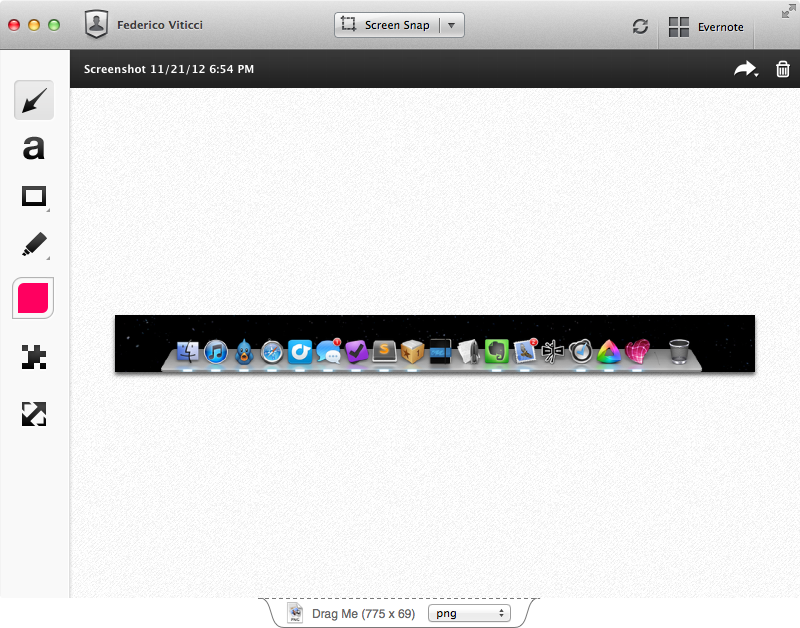 In a post published on the Evernote blog, Skitch co-founder Keith Lang has shared a bit of backstory regarding Evernote’s acquisition of the product and confirmed many old features of Skitch will be coming back “soon”.

I am really excited about the newest release of Skitch for Mac, but troubled by some of the negative reaction from some of our oldest and most loyal users. After thinking about this for the past few weeks, I’ve come to the realization that we’ve underestimated how deeply ingrained Skitch had become in many people’s daily workflows and how disruptive changes to the product could be. I’d like you to know that we’re going to fix it.

Skitch, an image annotation tool, was released as version 2.0 with deep Evernote integration earlier this year. The new version included an updated UI, new sync, and many simplified and/or removed options that weren’t met with excitement by the app’s existing userbase. Namely, users weren’t thrilled with Evernote’s decision to build every single Skitch sharing feature into Evernote, thus removing functionalities to upload images via FTP, directly link to them, and share them in multiple ways. The new Skitch also didn’t come with proper keyboard and menubar support, and, generally, it left much to be desired for those that were used to the old feature set and who had become dependent on the app for their workflows.

Evernote quickly went back to the drawing board and re-added a menubar icon and background options. In the blog post published today, Evernote confirms support for FTP/sFTP, image deep linking, and short URLs for shared images will come back to Skitch soon. Options for multiple fonts and custom colors, streamlined cropping and resizing, and automatic type tool selection will also be added to Skitch in future updates.

Of course we’ll be doing a lot more than just putting improved 1.x features back into the new Skitch. We’re working on some really amazing stuff that should appeal to our most loyal users as well as bring in many millions of new fans. Imagine being able to Skitch on top of different document types, communicate complex ideas via email without typing a single line of text, and going on a manned mission to Mars.

Read the Evernote blog post for all the details.