Matthew Panzarino of The Next Web reached out to some iOS developers asking about the technical changes involved with a taller screen on the iPhone. As it turns out, adopting existing applications to the iPhone 5 will depend on how a developer chose to put his software together.

Some apps, ones that use a ‘table view’ element, will likely be able to simply “stretch the middle”, letting the table spread out to the top and bottom of the screen. But even those types of apps will need some tweaking before they’re completely fit to ship on the new iPhone. Apps that use custom graphics all around, like those with bespoke interfaces or many 2D games, will need a full revamp.

Apps that use “tables” – e.g. lists coded in the way Apple recommends – will be fairly easy to update. As several developers are already pointing out on Twitter, most apps will simply need a new “default image” that specifically targets the new iPhone’s 4-inch screen. However, other apps that present more custom elements such as 2D and 3D graphics will require more effort, as their entire interfaces will need to be redrawn for the extra pixels of the iPhone 5. It is likely that, for at least a few weeks, these apps will run in the “letterboxed” mode Apple announced today.

It’ll also be interesting to observe whether developers will slowly move away from placing UI elements at the top of the screen. First reports are suggesting the iPhone 5 is perfectly fine for one-handed use, but this could still become an issue for users with smaller hands who won’t be able to reach the area at the top.

Considering how this screen size will likely stay around for many years to come, developers surely have time to figure this out.

Update: Below, a simulation of an app updated for the new iPhone’s screen. The app is Filterstorm, and the screenshots were posted by its developer on Twitter. 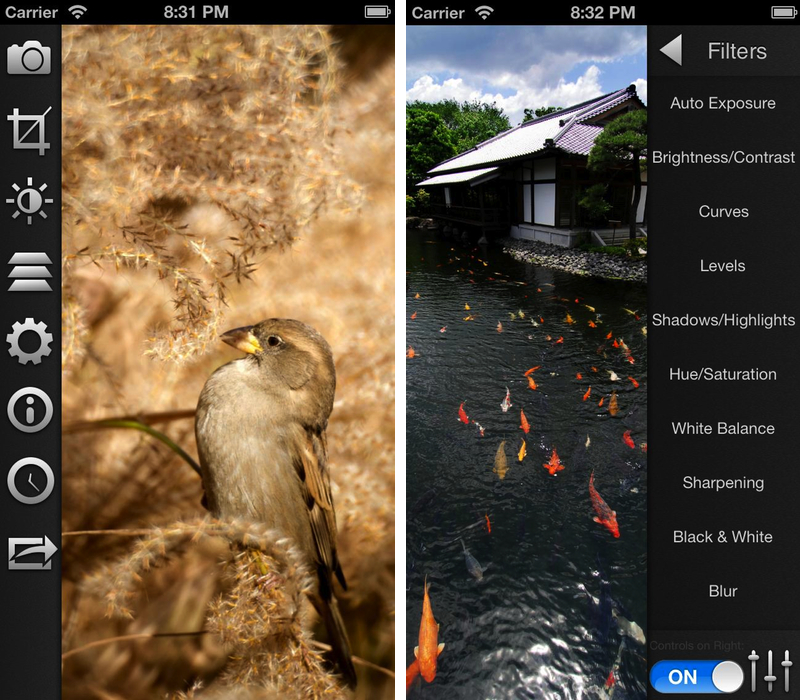