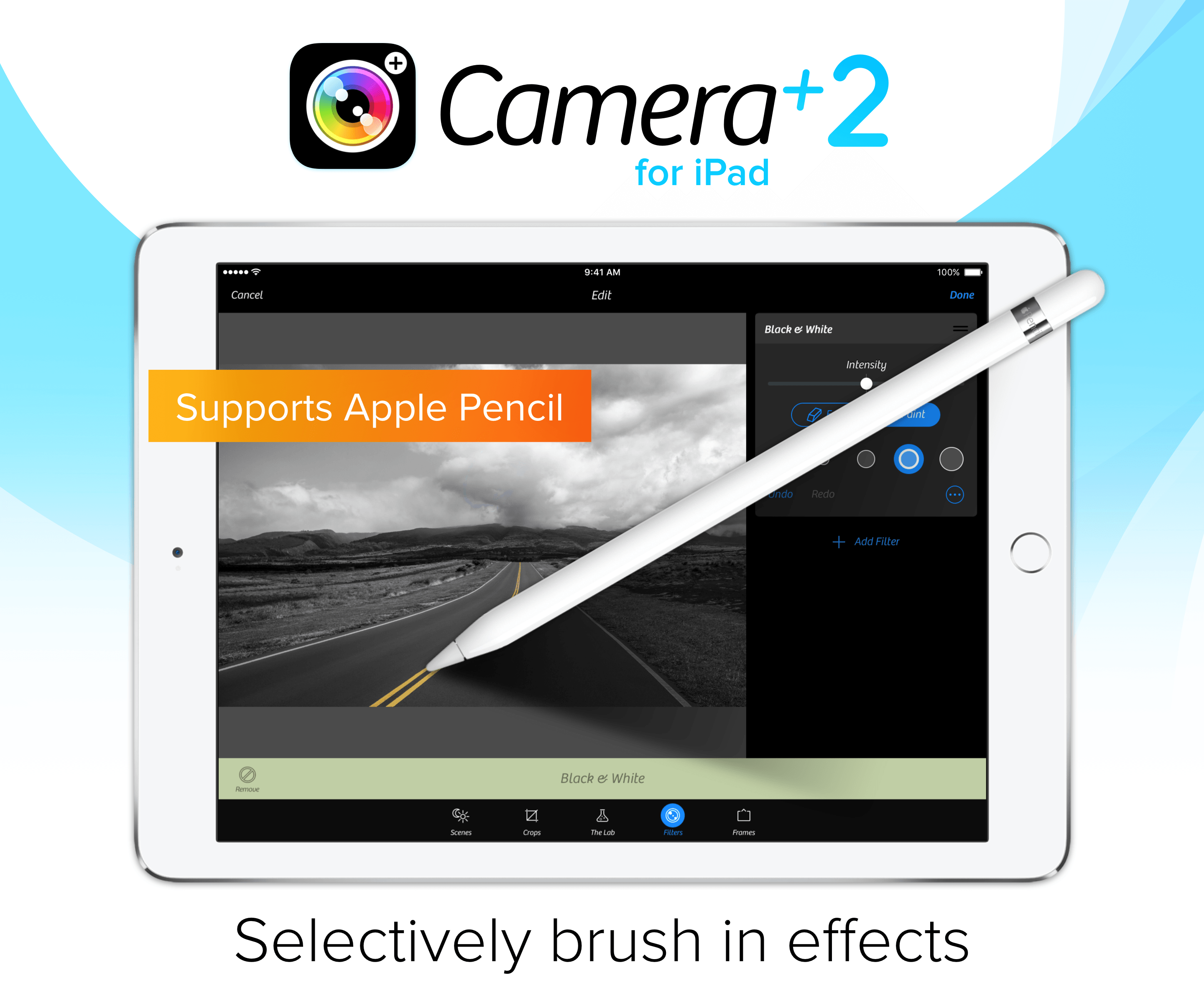 After releasing the eighth iteration of hit app Camera+ for iPhone last month, developers tap tap tap are back with version 2.0 of Camera+ for iPad.

The most notable change is a major redesign – Camera+ for iPad now matches the design language of its iPhone counterpart. If you’re already a user of the iPad app, the transition from skeuomorphic buttons to a modern design is worth going to the App Store and upgrading immediately.

Version 2.0 also takes a big step forward in its editing prowess with improvements to The Lab, Camera+’s suite of photo enhancement tools. On iPad, you’re now able to use your finger or, for more precise input, an Apple Pencil to brush filters and make edits. To enable brushing, move the effect slider to your desired location in The Lab and tap “brush”.

By wrapping up the improvements with multitasking support, Camera+’s update pushes the app past mediocrity and into a serious photo editor.