Well, that was fast.

A few hours after the release of Tweetbot 4.0.1 with 3D Touch, Tapbots has released version 4.0.2 of the app, which adds a swipeable Safari View Controller.

Thanks to a workaround by Paul Haddad, you can now dismiss Safari View Controller with swipe from anywhere along the left edge of the screen – on both the iPhone and iPad. The gesture works surprisingly well despite its non-standard behavior, and it fixes one major annoyance of Safari View Controller on iOS 9.

I hope that more apps consider this, as it combines the comfort of Tweetbot’s old web view with the benefits of Safari View Controller. 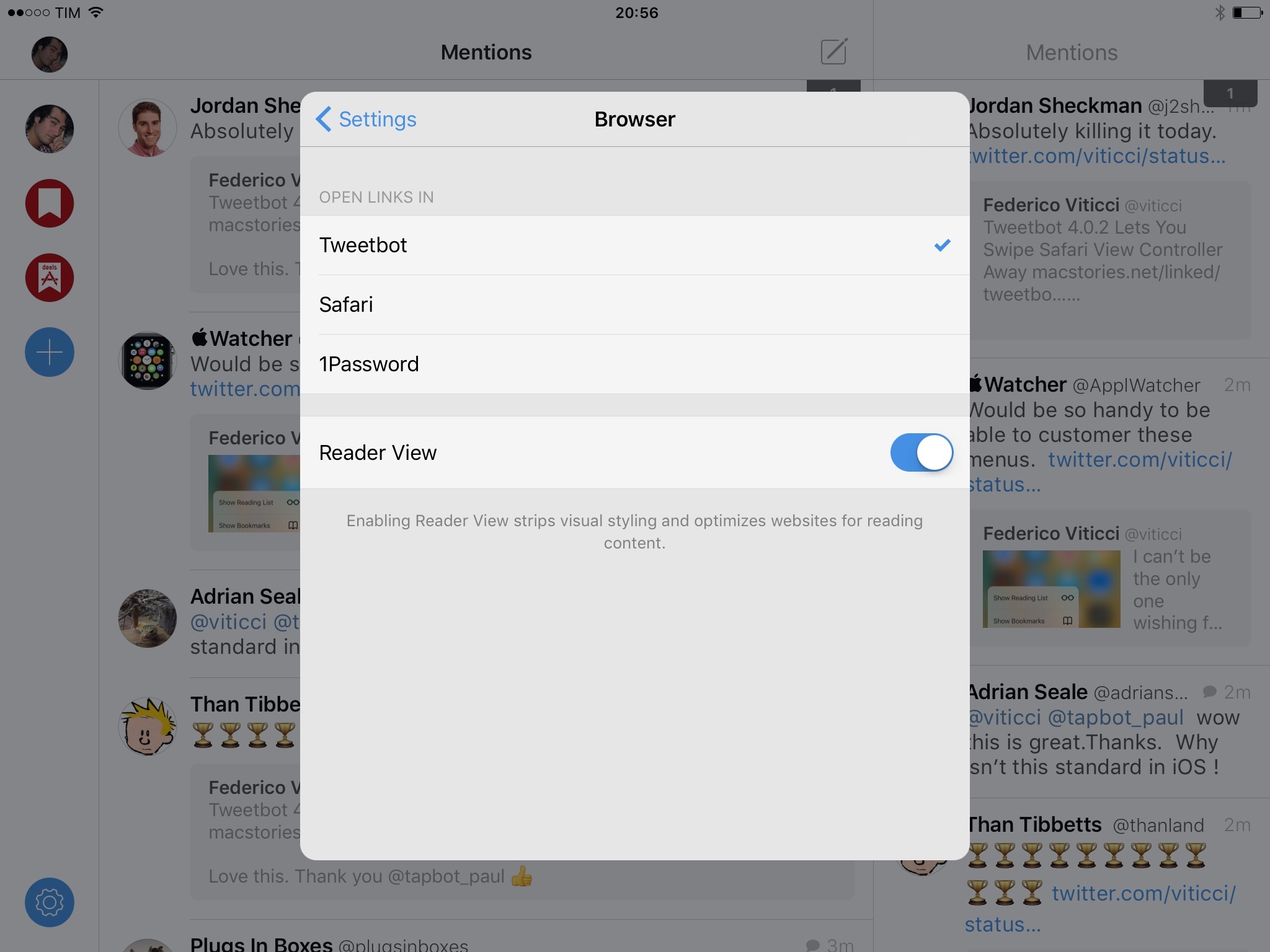 Update: Also in this release, you can set Safari View Controller to open in Safari Reader mode automatically for every webpage (if Reader is available). I previously wrote about the feature here, and it works well for Tweetbot if you primarily open articles to read in-app. Very nice.