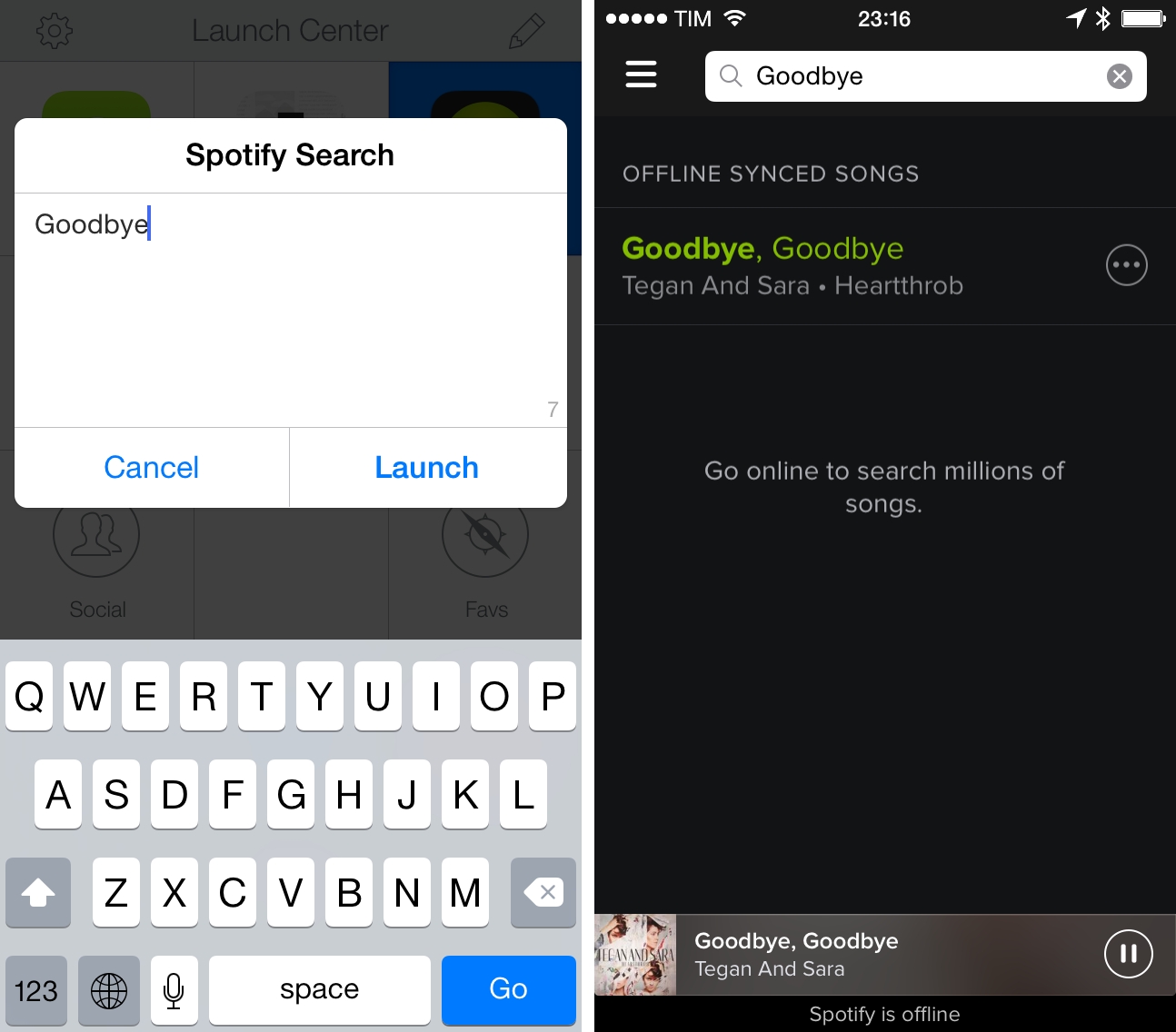 Released today, version 1.3 of Spotify for iOS adds a seemingly obvious feature that, however, was missing from the app: search for downloaded music when in offline mode. Spotify recently revamped their apps to include an iTunes-like organization system called Your Music, and the improved search feature will look for songs cached on your device when the app is offline.

As an aside (and speaking of Launch Center Pro), here’s the action I’ve been using to quickly search for songs on Spotify without navigating to the search screen every time. It’s a huge timesaver and it works with offline search as well.