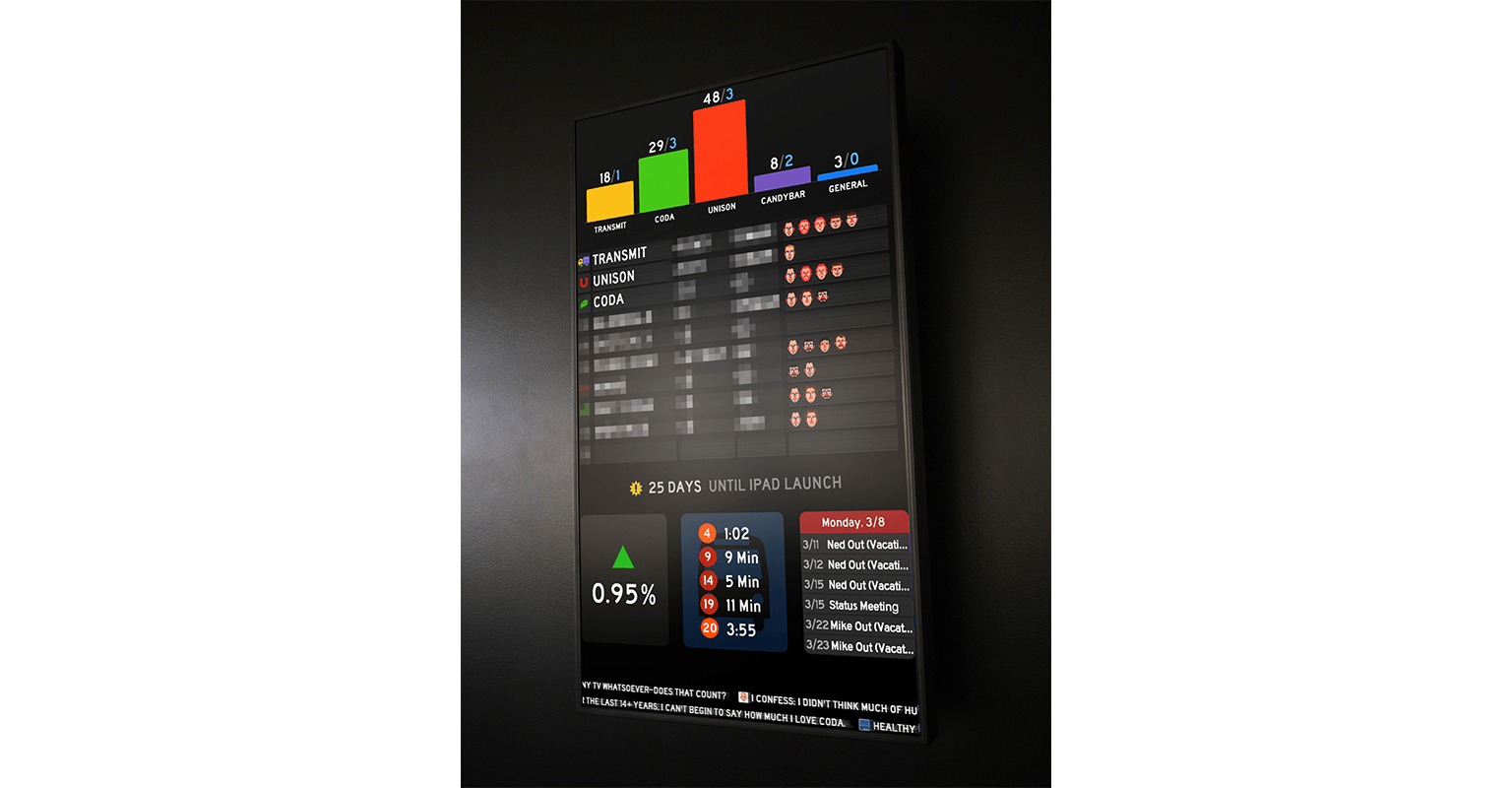 Panic announced that it is discontinuing its Status Board app and remove it from the App Store within the next couple of weeks. Status Board was inspired by the custom webpage pictured above that Panic developed and displayed on a large display in its offices to track company statistics. Panic brought its status board to iOS in 2013 with pre-made modules and the ability to create custom widgets and display the whole thing on an iPad or TV.

Panic decided to discontinue Status Board for a few reasons:

First, we had hoped to find a sweet spot between consumer and pro users, but the market for Status Board turned out to be almost entirely pro, which limits potential sales on iOS — as we’ve learned the hard way over the past couple of years, there’s not a lot of overlap right now between “pro” and “iOS”. Second, pro users are more likely to want a larger number of integrations with new services and data sources, something that’s hard to provide with limited revenue, which left the app “close but not quite” for many users. Finally, in the pro/corporate universe, we were simply on the wrong end of the overall “want a status board” budget: companies would buy a $3,000 display for our $10 app.

I’m sad to see Status Board go. One of the first programming projects I ever created was a custom Status Board widget. I’ve used the app on and off over the years and just last weekend I was thinking I should revisit it and make myself a board for my current projects. I may still do that because despite the fact that Status Board will no longer be supported, it will remain available to anyone who previously purchased it and will continue to work until something in iOS changes that breaks it.