Nice Instapaper update released today: the app’s extension has been sped up (again), Instant Sync has been added (it uses silent notifications on iOS to fetch new articles in the background), and you can now get through your read-later list with speed reading. I’ve never been a fan of speed reading, but I like how Betaworks integrated it as a feature inside Instapaper. The extension is much faster in the new version, and it seems to be on par with the speed of Pocket’s share extension.

Along the lines of integration, Instapaper 6.2 also lets you generate textshots for Twitter directly from the app. There are some excellent touches in how Instapaper handled textshots: they’re generated via software (so you won’t end up with images cluttering the Camera Roll) and they preserve the current font and theme selection. 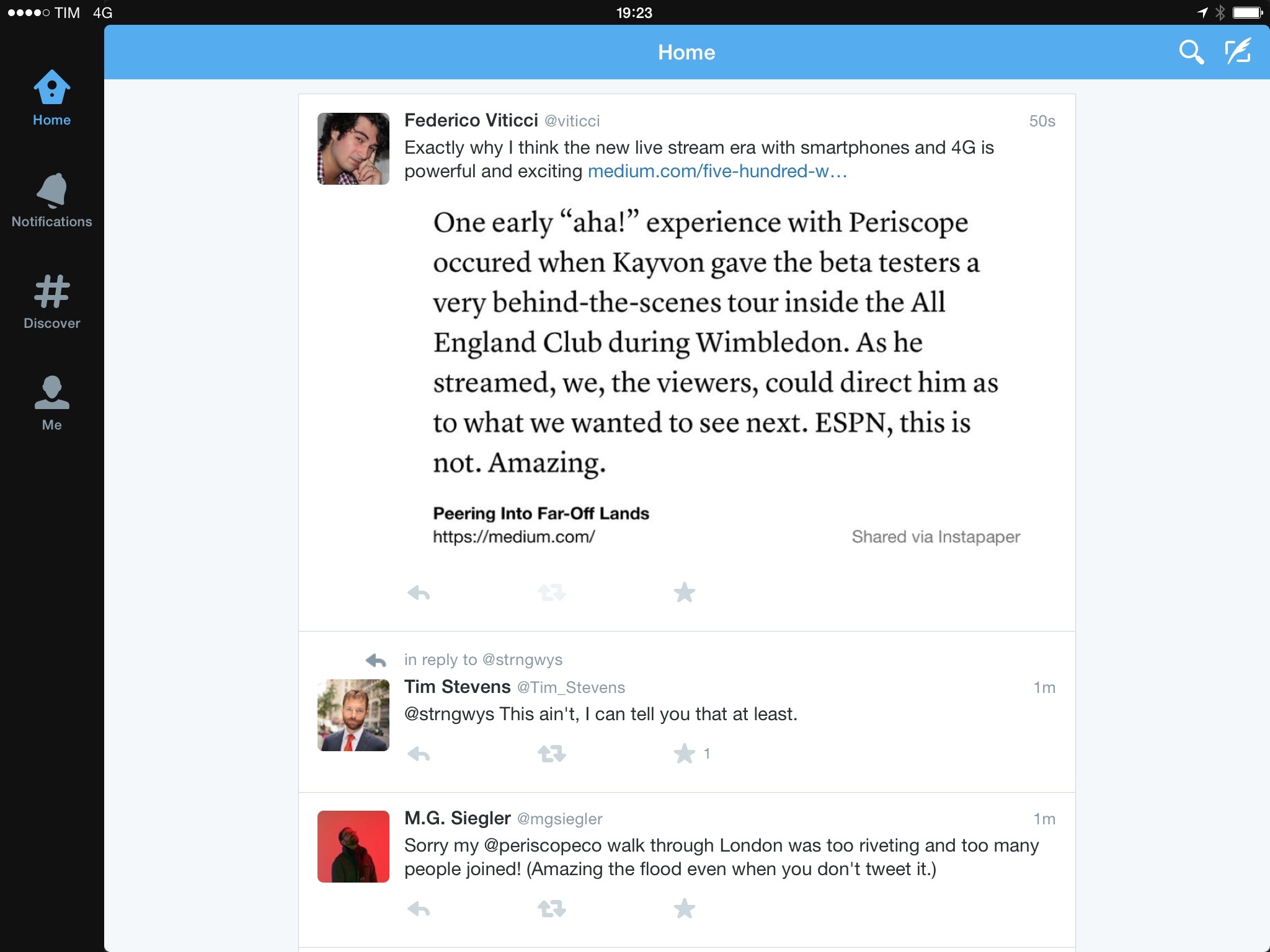 A textshot generated by Instapaper and perfectly previewed inline on Twitter.

Furthermore, Instapaper also attempts to guess the best aspect ratio to avoid truncation on Twitter. All this, I think, makes it one of the finest implementations of textshots to date. Bonus points for making it easy to tweet a text selection with the Share button of the copy & paste menu.