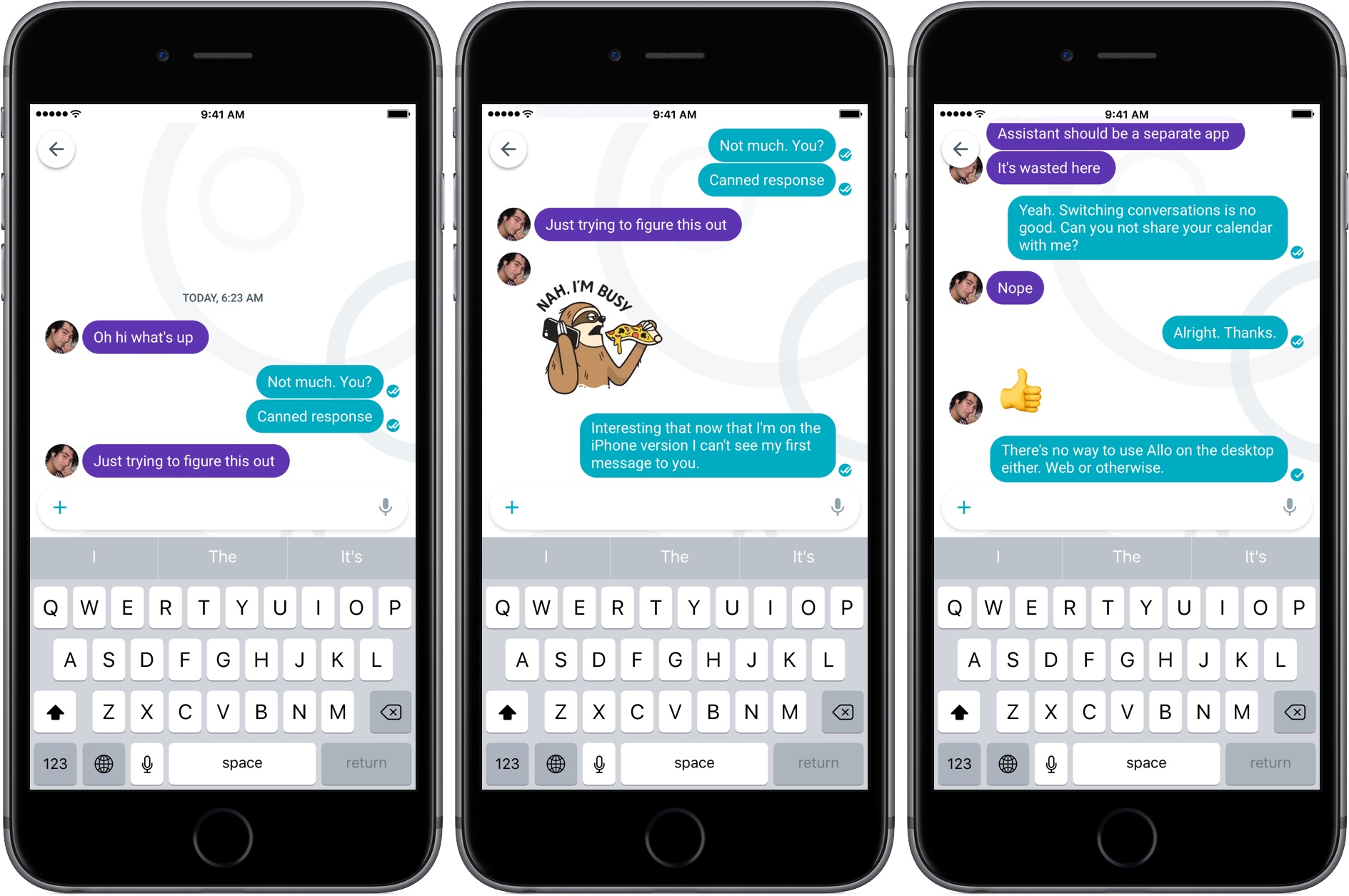 Allo, the messaging app that Google announced in May, has been released for iOS and Android. Dieter Bohn at The Verge has this to say about Allo:

I’ve been using it for a few days now, and it’s fine. Totally, completely fine. It does the things you expect from a messaging app…. If for some reason you abhor the dozen or so widely-used chat apps out there today, maybe Allo will appeal to you (assuming you can also get your friends to use it).

Google’s attempt at ‘something special’ is Google Assistant, a bot that can pull information from your calendar, email, the web and other sources. The feature is handy, but I agree with Bohn that it’s not enough if you are already invested in another messaging service.

What you can do with Google Assistant depends on where you use it. In one-on-one conversations with the bot, you can receive personal information like upcoming flight information or calendar appointments along with things like the weather, driving directions, and sports scores. Google Assistant can also be called upon in conversations with another person to do web searches and retrieve other data, but it will not share personal information in this context. For example, when Federico and I briefly tried Allo this morning, he couldn’t use Google Assistant to share a calendar appointment with me. 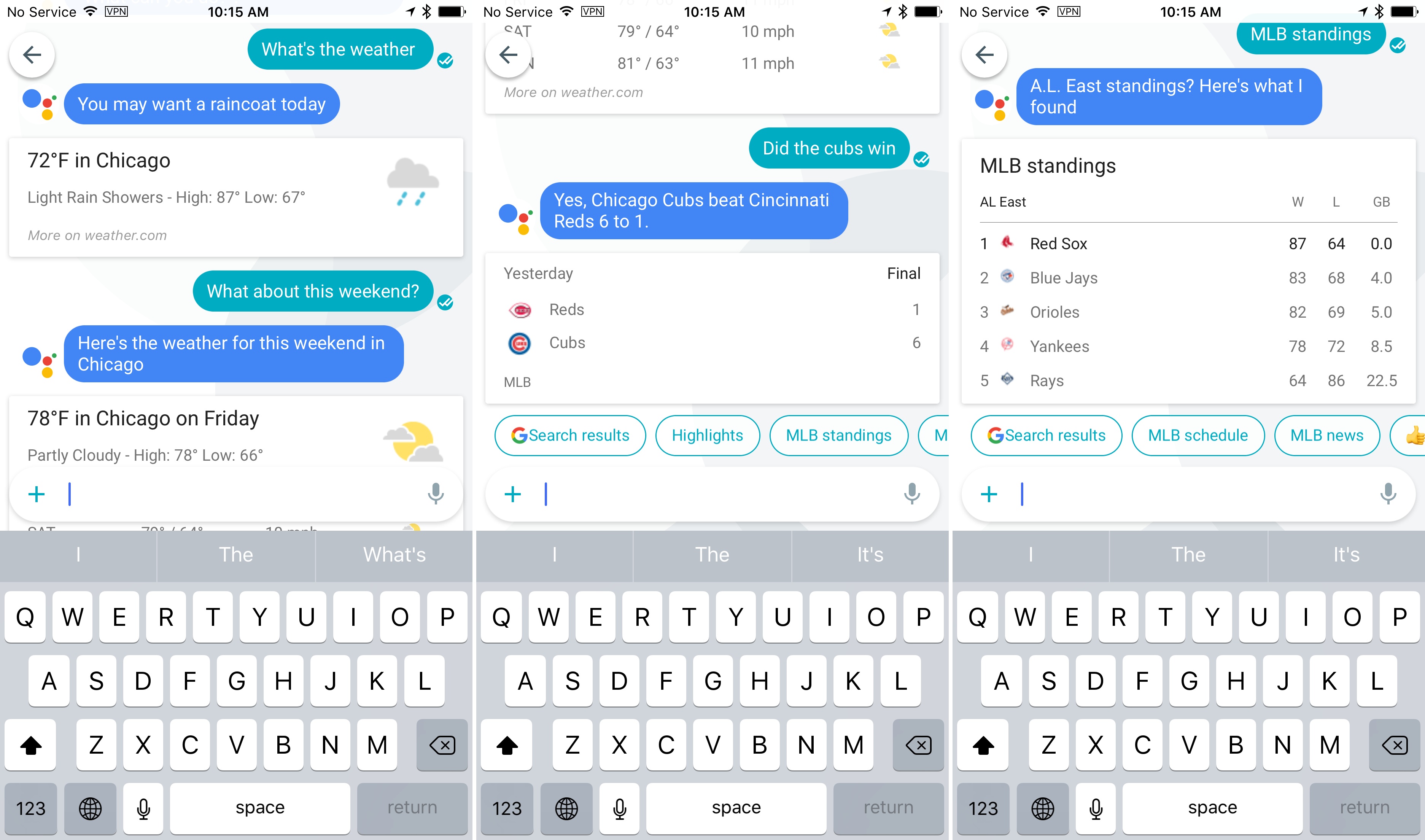 There are other limitations that iOS users should keep in mind. Allo does not work with the iPad, except in iPhone compatibility mode. Even then, when I sent a message to Federico on my iPad and then switched to my iPhone, I could no longer use my iPad with Allo and the message I sent from my iPad didn’t show up in the conversation on my iPhone. In addition, the notifications you receive on the iPhone are not the rich iOS 10 notifications many apps have already adopted. Nor is there a desktop native app or web client, which further limits Allo’s utility.

Allo also reflects the difference in approaches to privacy taken by Google and Apple. Whereas iMessages are encrypted end-to-end, Allo’s messages are unencrypted and stored on Google’s servers, unless you delete them or use Incognito Mode to send them. That’s because Google Assistant learns from your past messages to do things like suggest personalized canned responses to messages you receive.

It’s hard to get excited about any messaging service that is iPhone only. If you have friends and family that use Android devices though, Allo may be a good way to communicate with them and enjoy some of kinds of media-rich features offered by other services. Google Assistant is also off to a solid start and something I would like to see it incorporated in other Google products or as a stand-alone app.

For a comprehensive rundown of Allo’s features, check out Dieter Bohn’s review on The Verge.