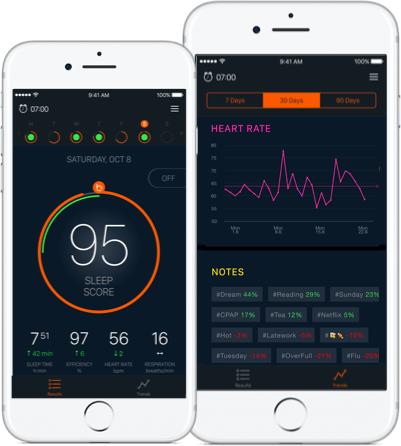 Beddit, which makes a sleep sensor that collects sleep and other health data and sends it to companion iPhone and Apple Watch apps, was acquired by Apple. According to Beddit’s privacy policy:

Beddit has been acquired by Apple. Your personal data will be collected, used and disclosed in accordance with the Apple Privacy Policy.

Since the introduction of the Apple Watch Series 2, Apple has placed renewed emphasis on the health and fitness tracking features of the Watch. One notable hole in Apple’s lineup of built-in health and fitness apps has been the lack of a sleep tracker. With Beddit, Apple fills that gap and presumably adds a team of engineers that can help it develop additional sleep tracking capabilities in-house.

The Beddit 3 Sleep Monitor is available on Apple’s online store.