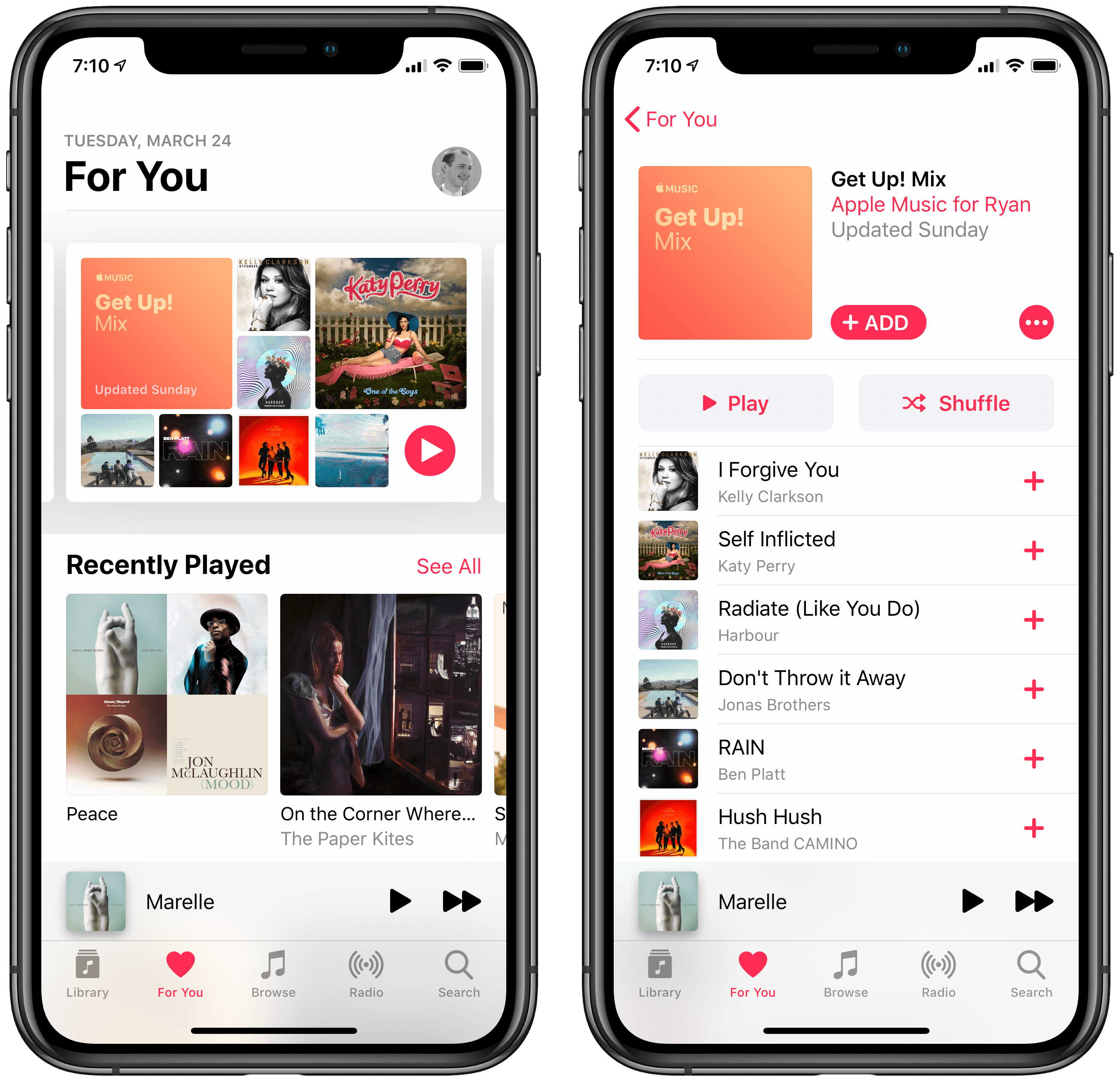 Apple is trying something new to keep people’s spirits up during the coronavirus pandemic. In Apple Music, it’s introducing a new algorithmic playlist called the Get Up! Mix that the company says is full of “happy-making, smile-finding, sing-alonging music.” With the help of human editors, it will update the playlist each week with new songs. Think: Discovery Weekly, but with a focus on playing tunes that will encourage good vibes – though there’s the promise of discovering new music as well.

The idea behind the Get Up! Mix is exactly what I would want in a new weekly playlist. Though I’m not in love with the name, I’ve always wanted a positive, upbeat playlist containing both tracks I’m familiar with and a few I’m not. A quick glance over my first Get Up! Mix shows that this is exactly what Apple’s going for. I’ve only rarely listened to the other weekly playlists Apple Music offers, but I think things are going to be different with this latest addition.

The new playlist is still rolling out, so you may not see it in your For You tab just yet. According to the app, the Get Up! Mix will be updated every Sunday, which is when the Chill Mix was formerly updated; the Chill Mix’s weekly schedule now moves to Saturdays.