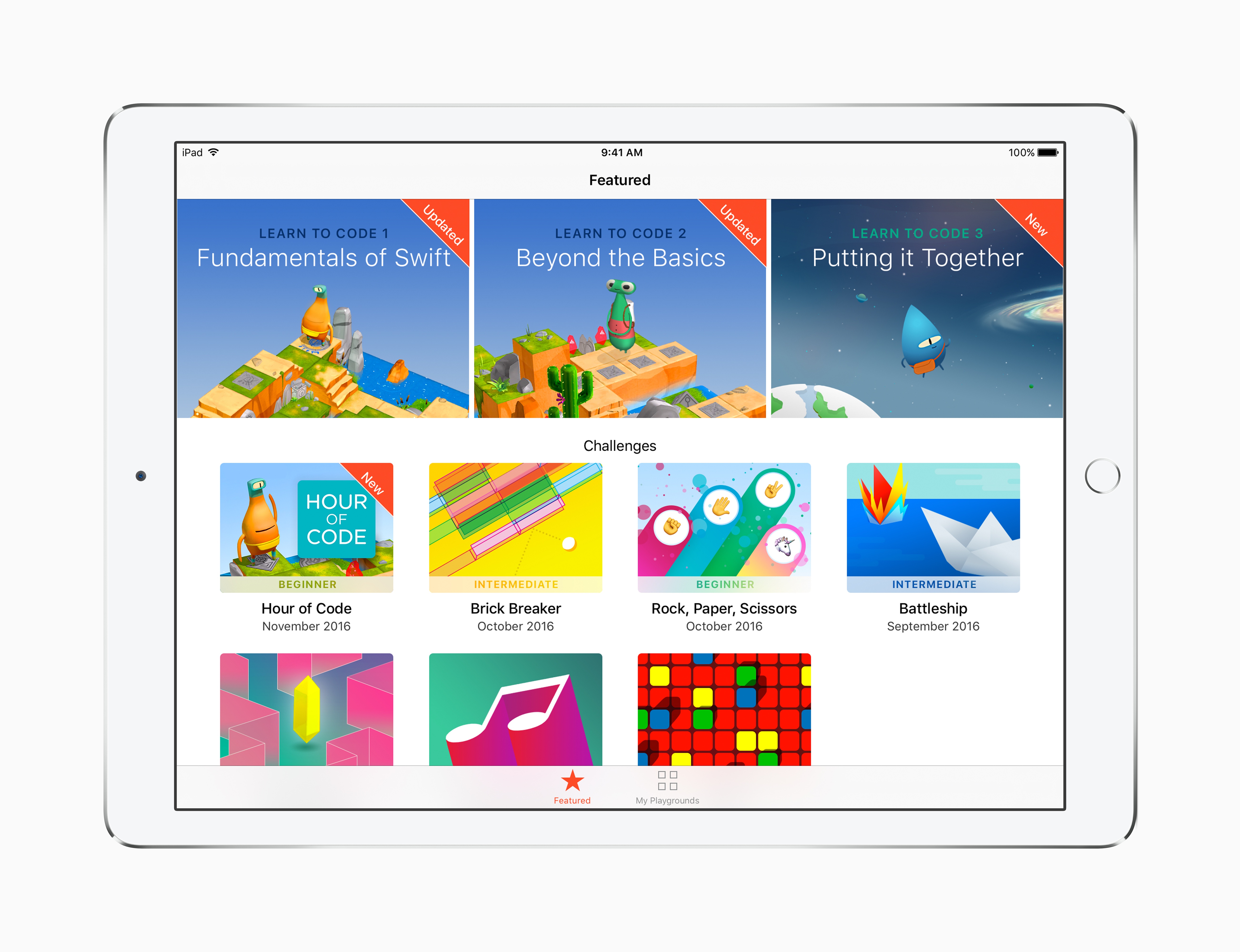 Apple has participated in Code.org’s Hour of Code challenge for the past three years. Apple announced today that it will participate again this year with a series of workshops for kids from December 5 - 11, 2016, which coincides with Computer Science Education Week.

Angela Ahrendts, Apple’s senior vice president of Retail had this to say:

Hour of Code embodies our vision for Apple stores as a place for the community to gather, learn and be entertained…. We’re proud to introduce the Swift Playgrounds app into the workshops and honored to again work side-by-side with Code.org on this incredibly important initiative. Hour of Code is one of the absolute highlights of the year for both our teams and the families that visit our stores.

A new Hour of Code challenge in Swift Playgrounds makes it easy for anyone to set up their own one-hour coding event, and for those continuing to build their coding skills on iPad, Swift Playgrounds adds a new Learn to Code 3 set of lessons and a companion Teacher Guide.

Signup for the workshops is not yet live, but should be available here soon.