For the people that use Evernote religiously, it’s an invaluable too. And if you aren’t using Evernote, maybe you should reconsider. Imagine walking down the street with your iPhone, and see you a Tate Real-estate sign promoting a home for sale. Wanting to remember the information later, you simply take a picture of the sign and the flyer with Egretlist, adding it to a to-do list for your agent to check up on. When you get on your Mac at home, you simply search, “Tate,” and Evernote pulls up the to-do note and the picture using its amazing image search technology. That as a matter of fact, was a similar use case for me as I browse apartments.

Egretlist for the iPhone and iPod touch is really great. Even if you don’t have an iPhone to take advantage of snapping pictures, those who use their iPod touch as a VoIP phone will still appreciate being able to implement Egretlist in their GTD workflow. 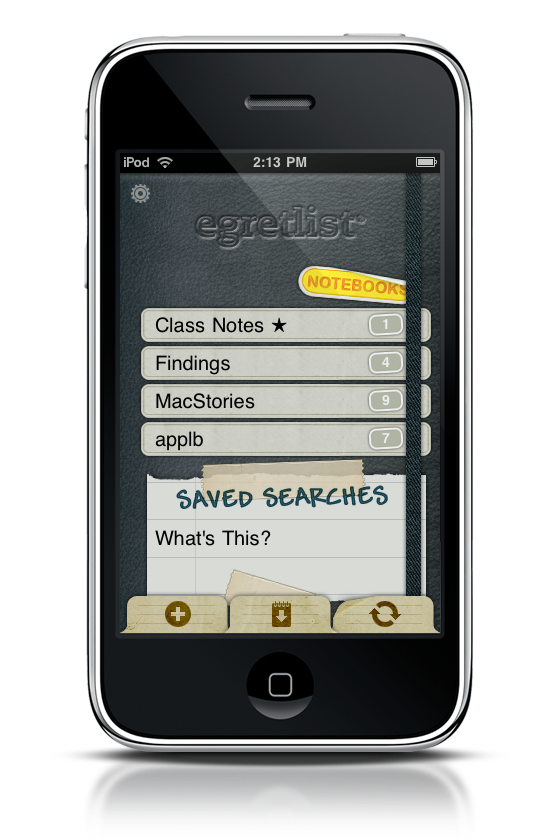 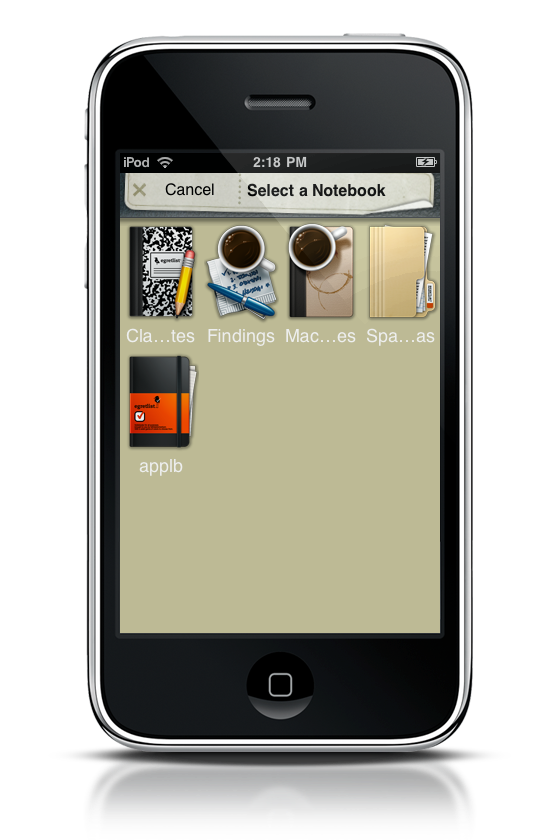 Coming to terms with the interface, Egretlist definitely doesn’t abide by the standards. Yet, they have a great custom UI full of just almost non-stop eye candy that still remains functional. At anytime, anywhere in the application, you can move between notebooks and add tasks. This universal approach to the interface is quite great, as at any time, you’re ready to pounce on getting a new idea out or checking an item off your list. 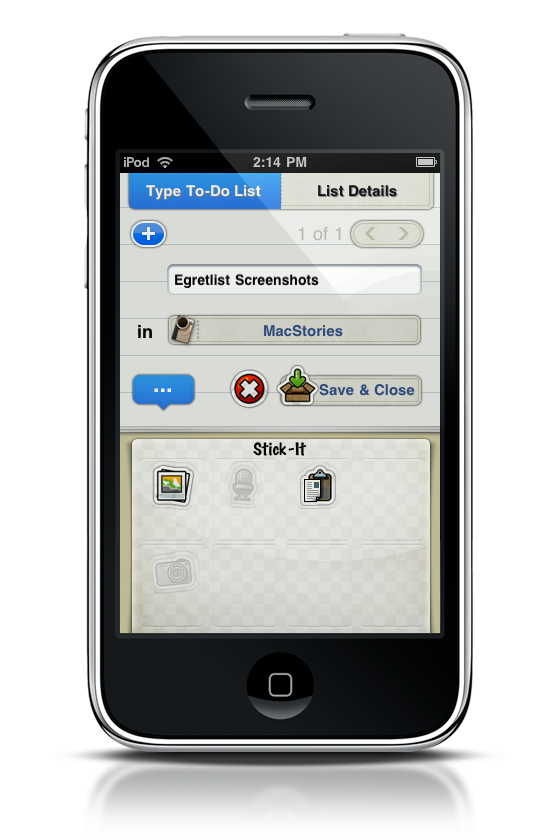 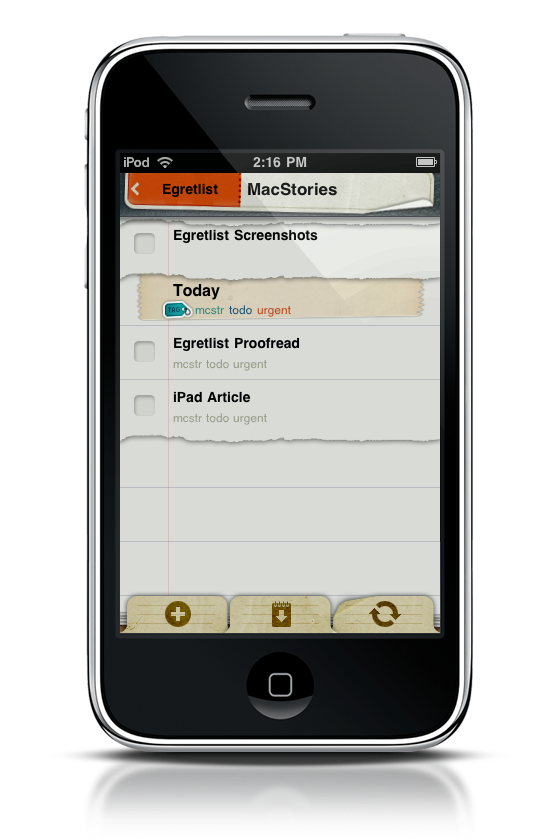 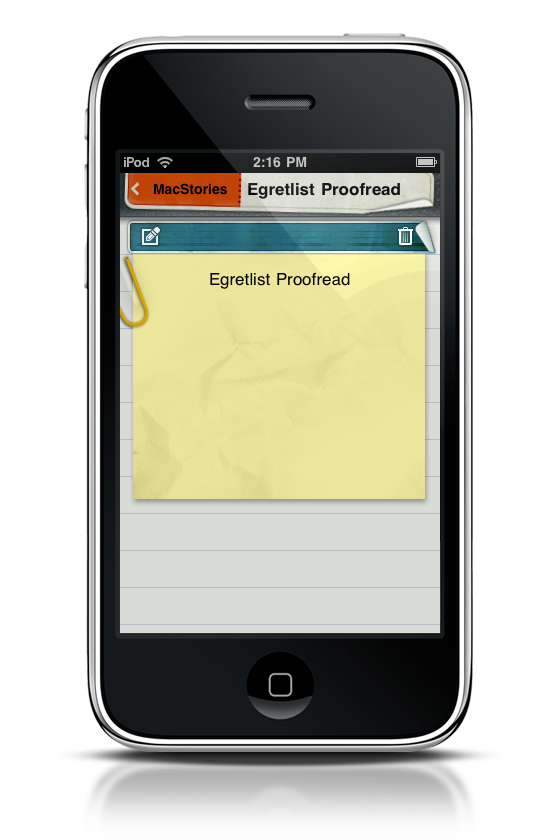 If you’re thinking text and photo to-do lists are the only possibility, think again. You can add an audio recording if possible, as well being able to paste in items from the iPhone’s or iPod touch’s clipboard. When you’re adding an item to a to-do list, you can “stick it,” to add one of Evernote’s usual suspects.

Per my workflow, Egretlist is both a time saver and just an absolutely killer app. For the week (maybe two, I lose track sometimes) I’ve been reviewing it, I just leave my iPod touch in my pocket or in my school bag. When I get something to do or think of an idea, I jump on Egretlist and upload my task. Later on my Mac or a lovely portable version of Evernote from a flash drive, I can sit down and take care of the task.

Featuring both beauty and brains, Egretlist stands out with a simple idea in mind that has been taken to great heights. All of our MacStories readers could always use something like this, so the fine folks from Mindsmomentum gave us six copies to hand out. If you’re a go-getter, or if Evernote is central to your lifestyle habits, then you have to check out this application, available for $2.99 on the iTunes store.

If you’re looking to get your hands on Egretlist, simply leave a comment below and leave a quick shout-out about how you’d use this application in your daily activities. All Evernote to-do lovers have until Monday, April 11th to enter the giveaway.