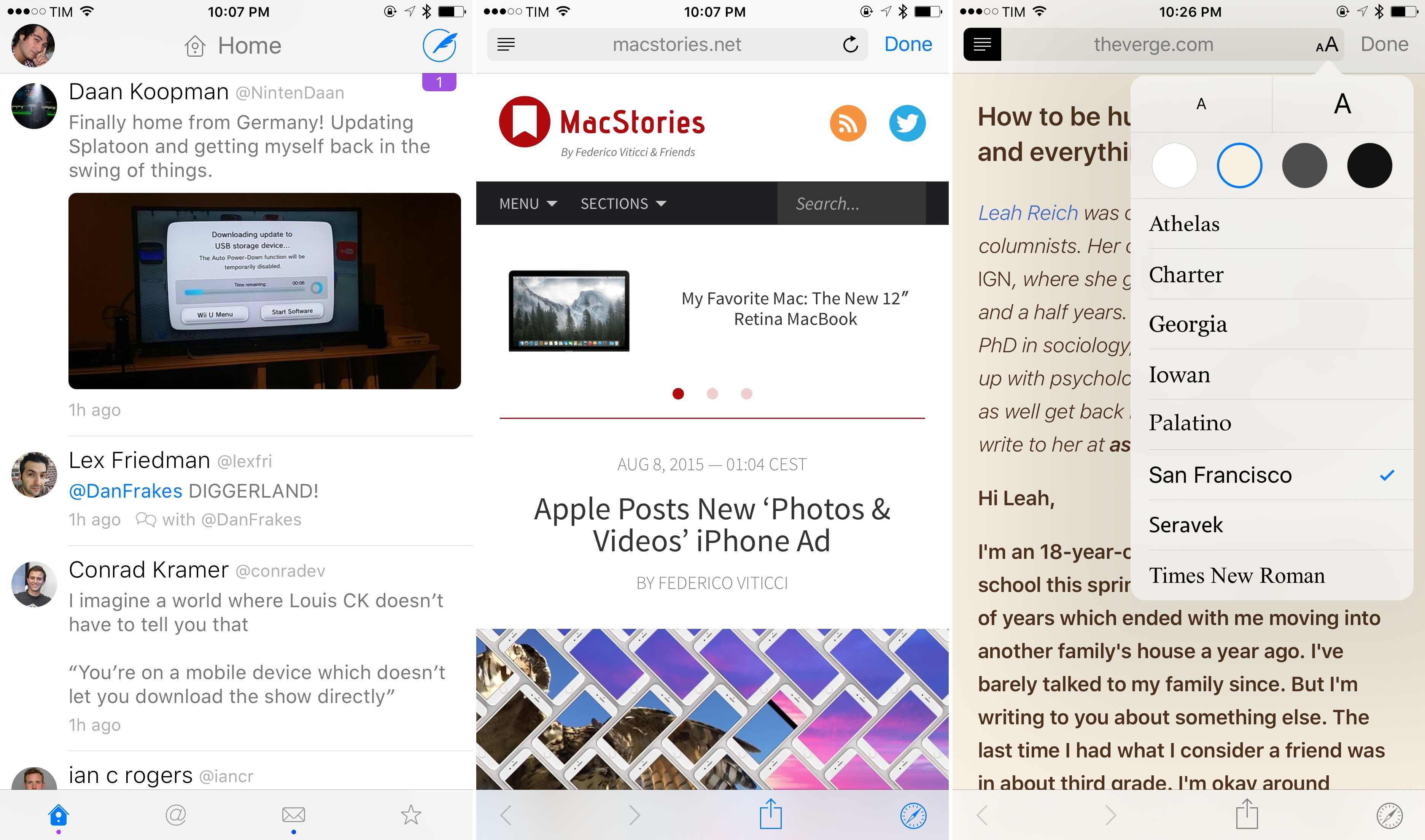 The latest version of Twitterrific, released today on the App Store, brings a number of nice improvements such as hashtag autocompletion, better support for Handoff, and some welcome fixes for quoted tweets and the media viewer. What’s even nicer is that, if you’re running the iOS 9 beta, Twitterrific for iOS 8 already supports Safari View Controller and the San Francisco font thanks to some clever coding by The Iconfactory.

Twitterrific is a good example of the benefits brought by Safari View Controller: opening links from the timeline brings up a web view that opens quickly, is consistent with Safari, and that supports Content Blockers and respects your privacy. If a webpage is too cluttered, you can use Safari Reader inside Twitterrific, and if you happen to come across a webpage that requires a login you can use the same credentials stored in Safari’s keychain. Safari View Controller brings the power and consistency of Safari to any app, and it works well in Twitterrific.

Obviously, because developers can’t officially support iOS 9 yet (example) and iOS 9 isn’t finished, this is a workaround and you should expect these early features to change by the final release of iOS 9. Twitterrific also supports San Francisco for users on iOS 9, but Apple is still tweaking the new system font.

Twitterrific continues to innovate in the third-party Twitter client scene, and it’s no surprise to see they’re already implementing iOS 9 features that will officially launch this Fall. You can get the latest Twitterrific here.