Starting today, in addition to Dropbox, we’re offering all CSPP partners the opportunity to tightly integrate with Office for iOS. This integration lets users designate these partner cloud services as “places” in Office, just as they can with Microsoft OneDrive and Dropbox. Users can now browse for PowerPoint, Word and Excel files on their favorite cloud service right from within an Office app. They can open, edit or create in these apps with confidence that their files will be updated right in the cloud. Users can also open Office files from their cloud storage app in Office, then save any changes directly back to the cloud. We’ll follow with other mobile platforms later this year.

Here’s how it works: in Office for iOS, switch to the ‘Open’ section, then tap ‘Add a Place’ and pick Box from the list of available services. This will create a custom Box (or Dropbox) file browser in the app, allowing you to pick any file, edit it, and keep it in the ‘Recent’ view for easier access. 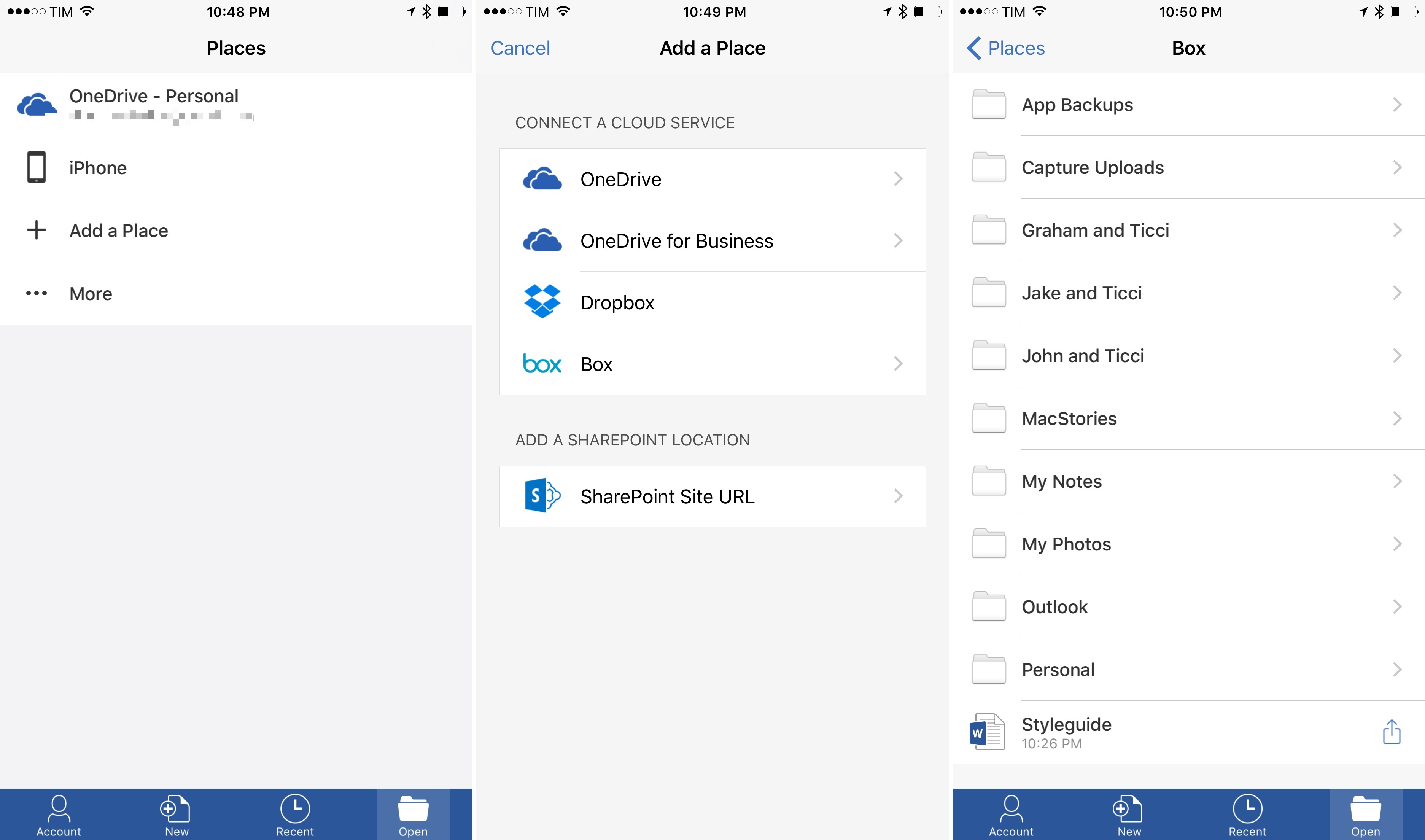 Adding Box as a source in the Word for iOS.

The key advantage of this native integration over opening a file with the iOS document picker is that, once added, a Box or Dropbox file will continuously sync changes between Office and the cloud, making your edits available anywhere.

As I discussed with Fraser on Canvas, while Microsoft is one of the companies that properly support document providers on iOS with open mode for files, document providers can still be finicky at a system level (for example, an “opened” file may stop communicating with the originating app occasionally), and they’re slower for browsing files. The custom integration is still superior, even if it requires you to authenticate again. From my first tests today, native Box support in Word already seems more stable than the old method based on “opening” files from the Box document provider.