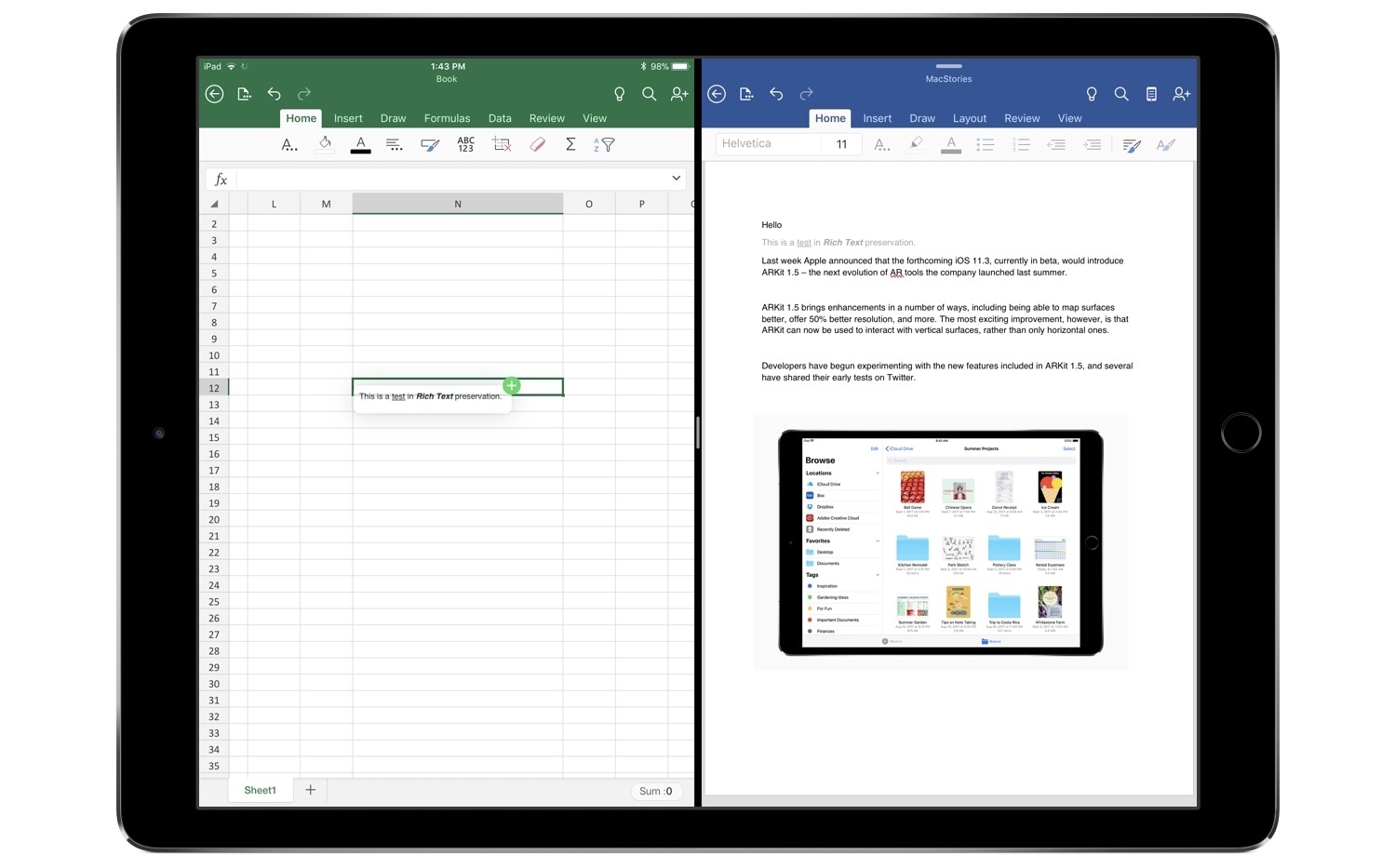 Following the launch of a redesigned Microsoft OneDrive earlier this week that added drag and drop alongside integration with iOS 11’s Files app, the popular Office suite of Word, Excel, and PowerPoint has received similarly noteworthy updates by adding real-time collaboration plus the aforementioned drag and drop features.

Collaboration was previously available only on Mac, PC, or when using Office Online. Now that inconsistency has been fixed, bringing the full power of real-time collaboration to iOS. 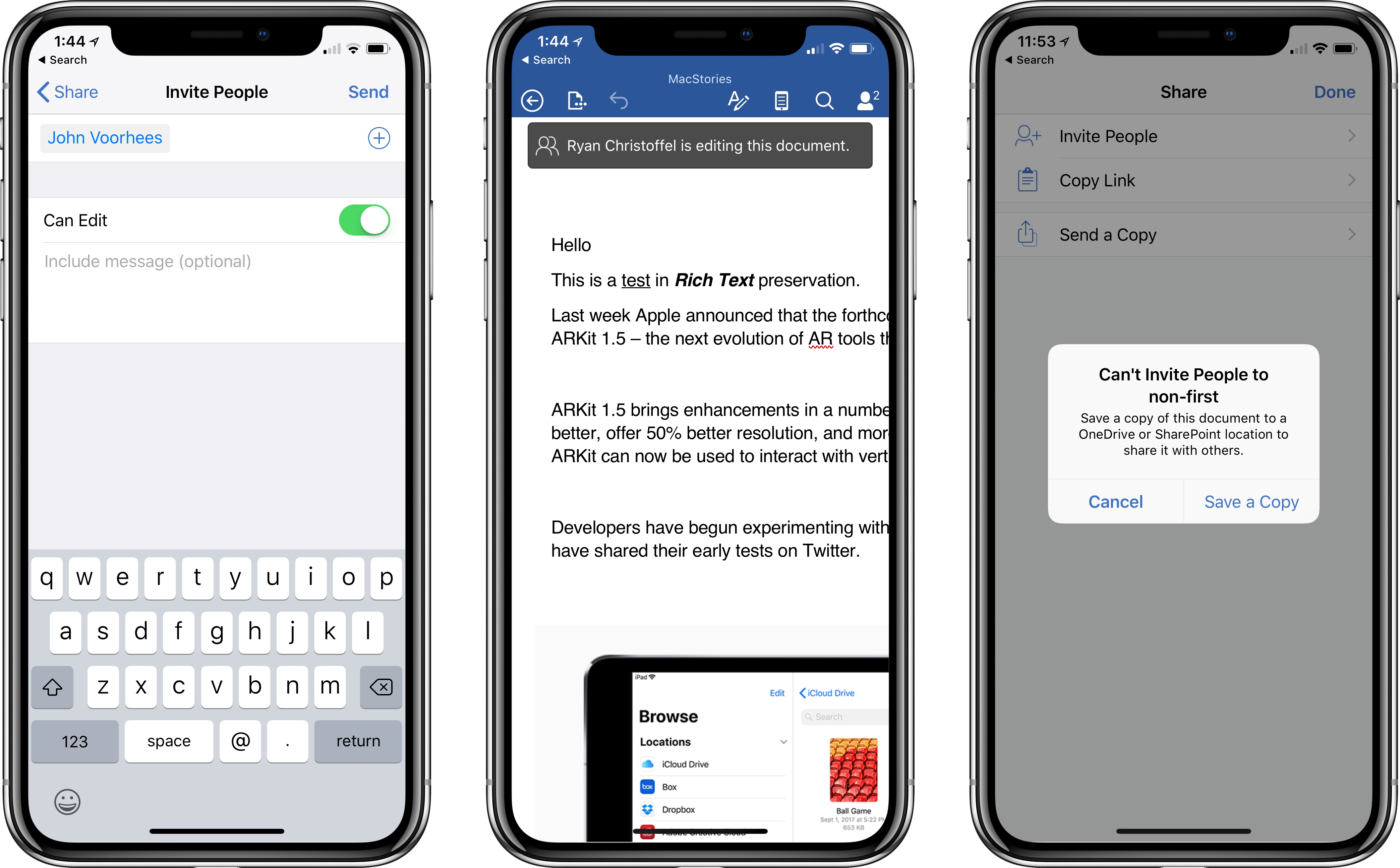 In my testing, the collaboration features worked generally well, but there were occasional hiccups when edits made by a collaborator wouldn’t appear for me until after roughly a five-second delay. More extensive tests may prove the system solid over time, but my early impressions show how Google continues to dominate in the area of real-time collaboration; despite its drawbacks, nothing yet has been able to match Google Docs’ reputation of reliability.

One technical drawback worth noting is that real-time collaboration only works with Office files stored in OneDrive or SharePoint. If you’re used to using multiple cloud providers on iOS this may not be a problem for you, especially now that OneDrive integrates with Files, but it is frustrating if you prefer to keep your documents somewhere like Dropbox.

Drag and drop adoption is largely solid throughout the Office suite. You can drag and drop text, images, and more, and for the most part it works as you would expect. Similar to Office’s implementation of collaboration though, the best drag and drop experience will only come if you remain inside the Microsoft ecosystem.

The first thing I tried to do with drag and drop in Word was move rich text into and out of the app. I wrote some rich text in Word, picked it up, and dropped it into Apple Notes. Unfortunately, all formatting was lost and Notes received the dropped content as plain text. Going back the other direction, with rich text in Notes being dropped into Word, produced the same result. The same rings true for Pages, the other app I would especially want rich text formatting to be preserved in. This same function, of moving rich text from one app to another, works perfectly when you’re working exclusively within the Office suite. Pick up some text in Word and drop it into a cell in Excel, and the formatting is preserved exactly as you’d expect.

It’s very Apple-like for Microsoft to have features work best when used within its own collection of apps, but it’s still a disappointment for someone like me who uses primarily Apple apps on my Apple devices.

Microsoft Office is used by a huge number of iPad users, so it’s great to see features like drag and drop and real-time collaboration make their way to Office on iOS. If you work primarily in the Microsoft ecosystem, but prefer Apple’s hardware, these updates may be game-changing for you. But if, like me, your use of the Office suite is limited to one or two apps, the limitations found here are unfortunate pain points. Hopefully, with future enhancements, we’ll see improved support for non-Microsoft apps.