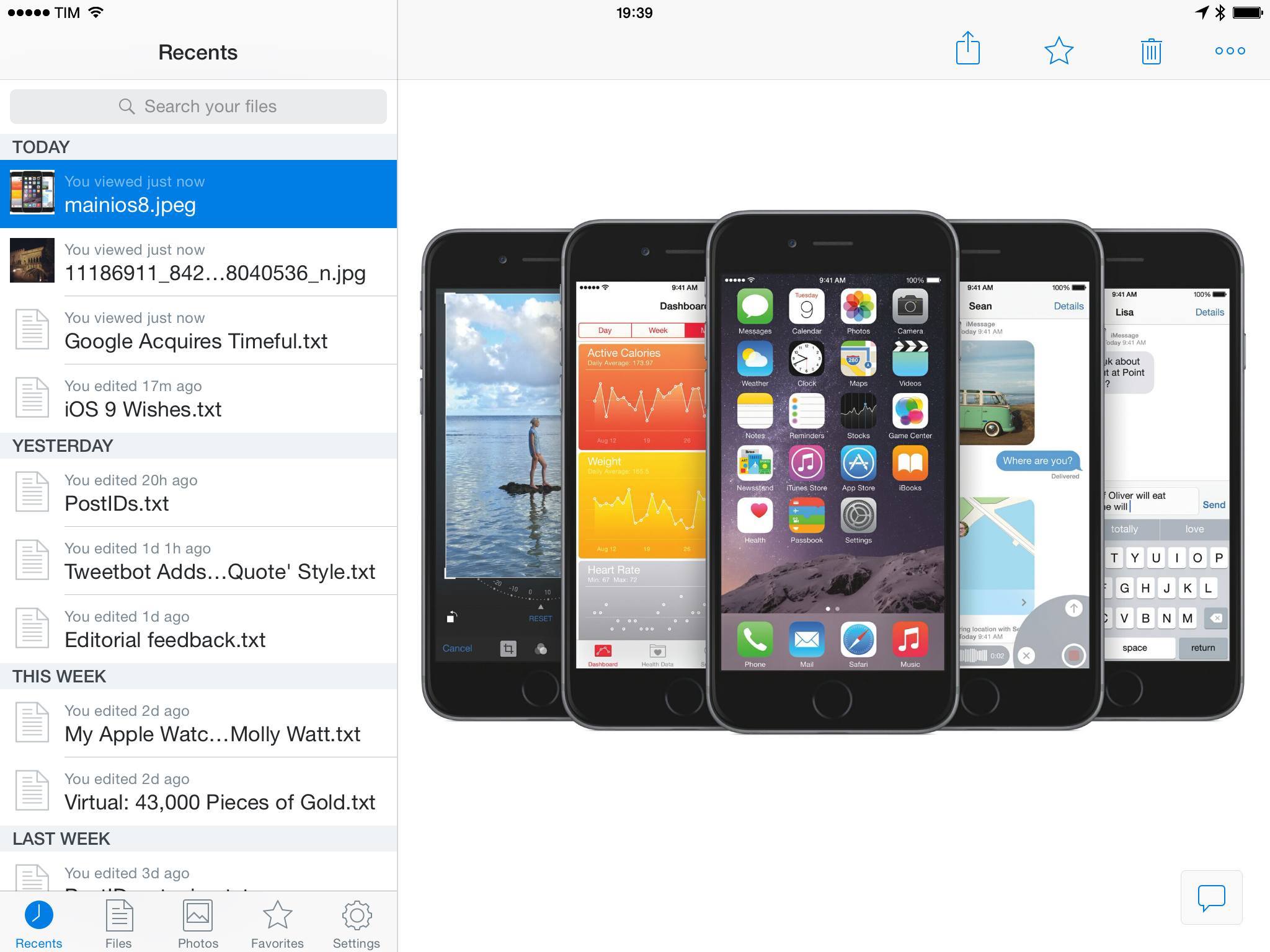 With an update released today on the App Store, Dropbox has brought file comments and a new Recents tab to its iOS app for iPhone and iPad. I’ve been trying both features today, and I can see how they’re going to speed up the way I rely on Dropbox for personal and collaborative use.

File comments were rolled out on the web last week, and on iOS they live in a modal view that can be opened by tapping a chat button on a file. Each chat session is contextual to the file that is being viewed – that is, there’s no ‘Chats’ view with threaded conversations à la Messenger or iMessage, but individual conversations can be held with others for files and documents.

I tried comments with a few friends and the MacStories team today, and they were useful to get someone’s opinion on an article I’m working on (synced from Editorial for iOS, my favorite text editor) and attach links to a conversation that others could see.

For instance, I was able to read thoughts on a draft directly from the Dropbox iOS app without going to a web browser, which helped make changes to the article without being distracted by our Slack channel. And, because we use Dropbox to share screenshots that need to be included in product reviews on MacStories, I was able to grab screenshots, optimize them and upload them with a few scripts on my iPad, and leave the public URLs in a Dropbox comment thread for those files. 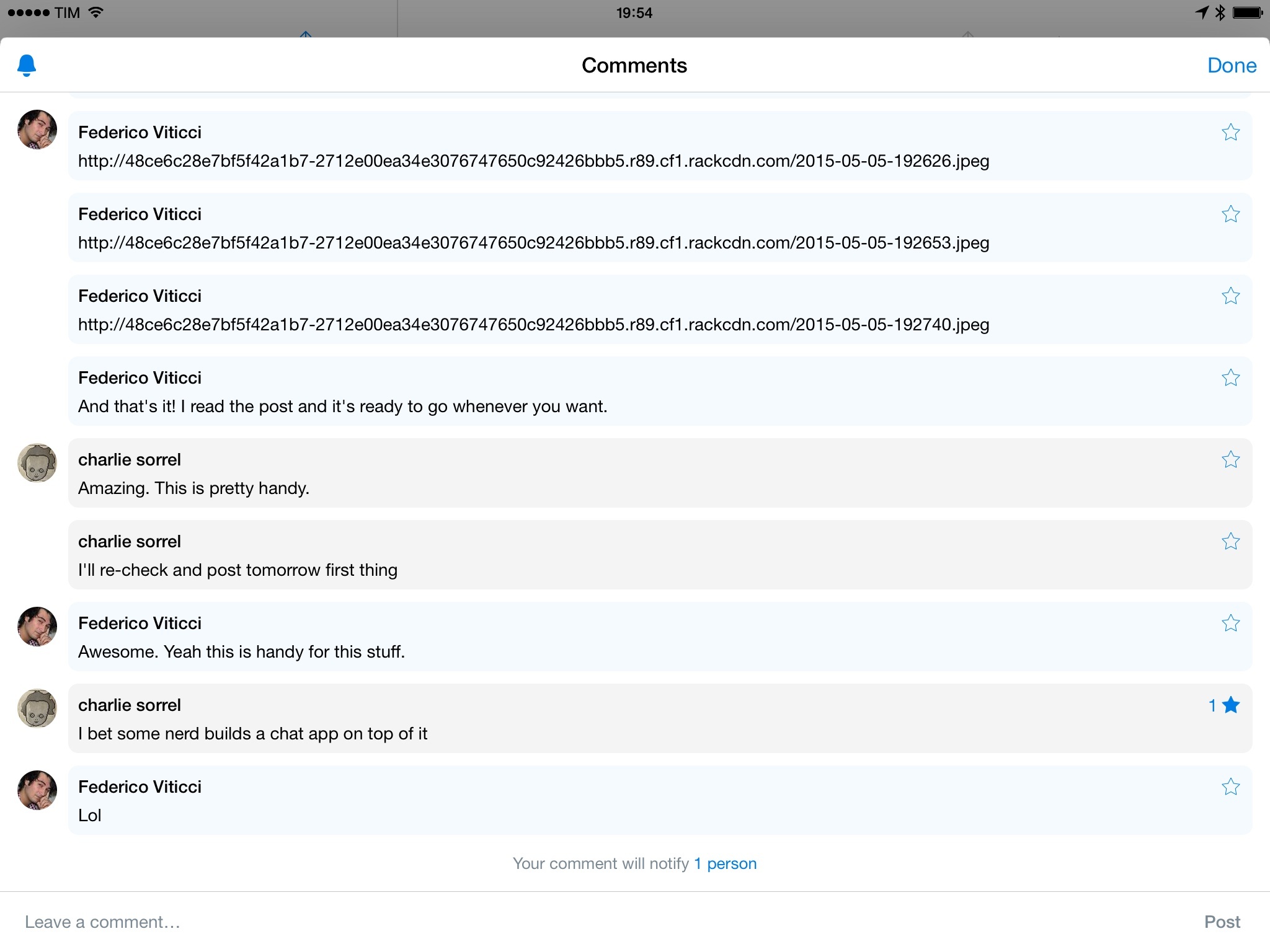 From now on, I don’t think I’m going to leave these file-specific notes and links out of Dropbox. Slack has fantastic search, but I’d rather keep comments that pertain to a file directly attached to the file in Dropbox, which we also use every day. I like how you can choose to receive notifications from comments, star them, and mention other users by typing their @username.

The second change is the addition of a Recents tab to view files that have been recently viewed or changed in Dropbox. This minor change is actually a good way to quickly navigate Dropbox without constantly tapping folders and sub-folders: I have set Editorial to sync in a sub-directory of my /Apps folder, and without a Recents section I was forced to navigate to that sub-folder and sort files by modification date every time I wanted to share a draft of an article I was working on. Because the Recents tab picks up changes from all Dropbox-connected apps and services, now I can simply tap the new tab and find my most recent files at the top, ready to be viewed and shared.

I can’t work without Dropbox, but I’ve often criticized their iOS app for lacking the tools to make the most of the service on iOS. Today’s update brings two good changes and, if my first impression is of any indication, I suspect I’m going to use them a lot.

Dropbox 3.9 is available on the App Store.