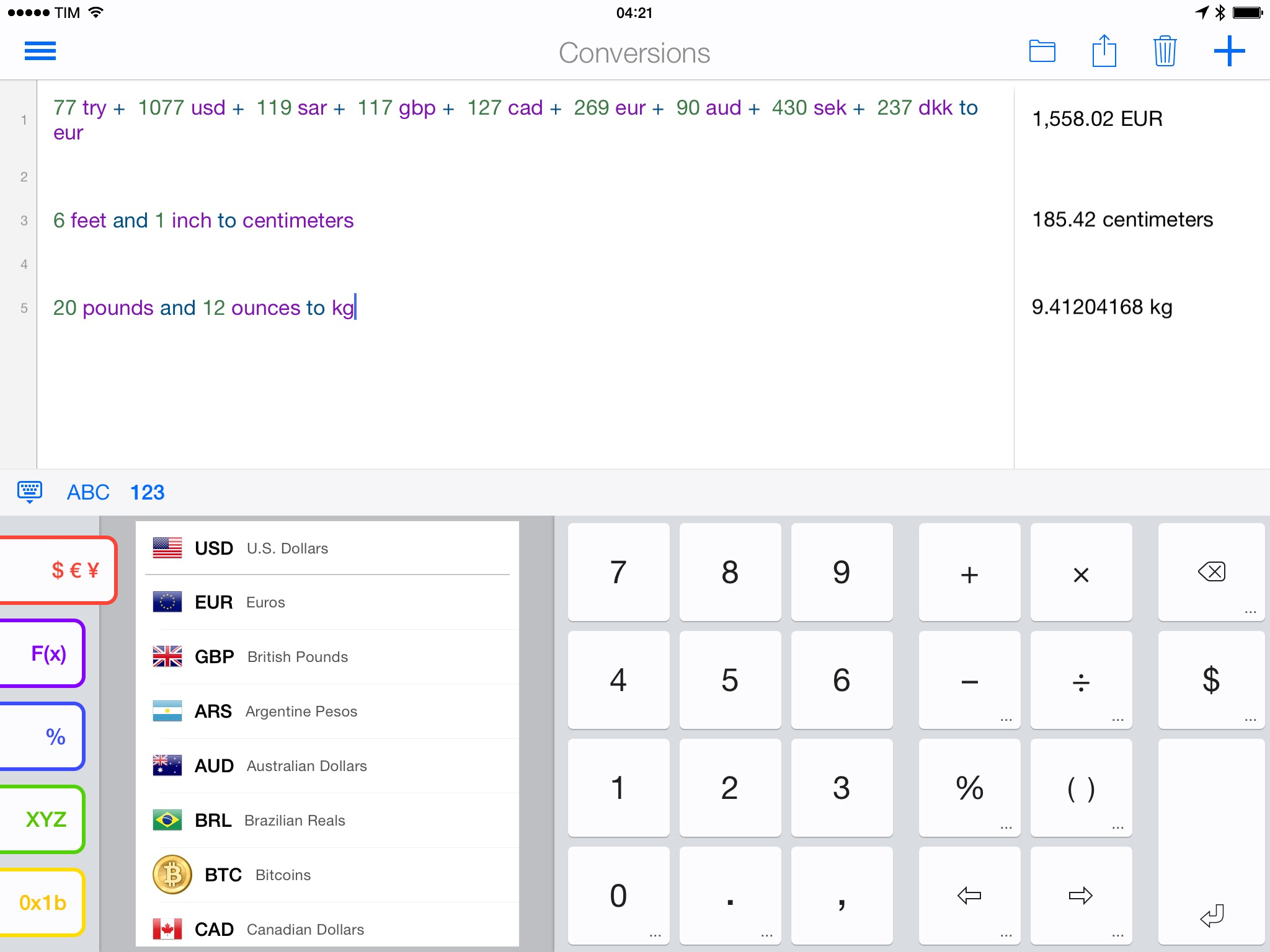 I needed to convert a series of different currencies from a list to Euros tonight, and I thought that it would have been nice to have an app with natural language input for currency conversion. The problem was fairly trivial – a list of amounts to convert to EUR to get a total – but I didn’t want to alter my PCalc layout or come up with a workflow for all those variables. To my surprise, I learned that Soulver can convert multiple currencies and units at once without much effort.

Soulver is an excellent “notepad calculator” that I covered on MacStories before, but it never occurred to me that its natural language support could also parse multiple units and currencies on the same line and convert them all at once. I knew that the app could do conversions over multiple lines, but I was pleasantly surprised when, out of curiosity, I tried to sum USD + GBP + CAD, added “to EUR” at the end, and it worked.

This is going to be useful for me when I’ll go through lists of different currencies to know their equivalent in Euros – I won’t have to waste time doing individual conversions and adding them up anymore. And as I discovered, Soulver supports conversions from different units on a single line as well: I want to know what Americans mean when they say things like “I’m six foot one”, and Soulver lets me perform that type of calculation quickly by converting both feet and inches to centimeters in one command.

Soulver is another good example of abstracting powerful functionality to keep a simple and natural experience. Soulver is $4.99 on the App Store.