Emoji have really taken off this year, and on the iPhone and iPad it is easier than ever to use them thanks to iOS 8’s custom keyboards. Like many people, I’ve been using and enjoying the fantastic Emoji++ from David Smith (you can read our review here). But as someone who is admittedly a bit of a novice when it comes to emoji, the wall of emoji in Emoji++, whilst a massive improvement over the default emoji keyboard, is still a bit intimidating at times. This is particularly the case when searching for an emoji, with no idea if it exists or where it might be.

Emoji Type, which launched today, is a new predictive emoji keyboard. That means you can start typing koala and Emoji Type will pull up the koala emoji in a bar similar to the QuickType suggestion bar from iOS 8’s default keyboard. There’s a whole dictionary of words associated with the various emoji that has been built into Emoji Type. So, as an example, you can get to the koala emoji by typing koala or Australia and you can get to the heart emojis by typing heart or love. And you don’t have to type the whole word for the emoji to appear, emojis start appearing after typing two letters and each letter you type after that will continue to narrow the selection (which is horizontally scrollable). 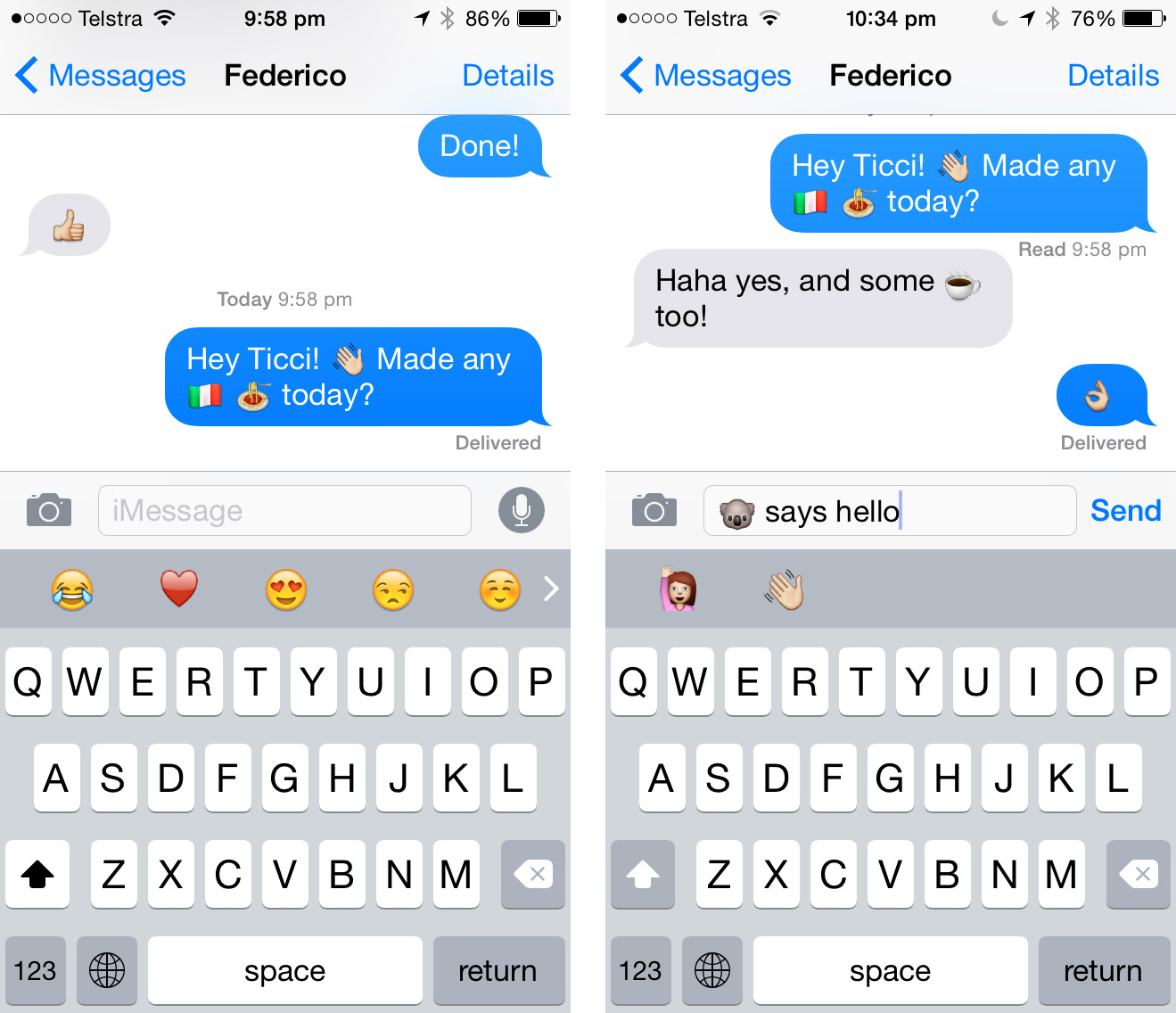 Emoji Type also has the benefit of being a keyboard that you can use as your primary keyboard, because its keyboard is identical to the default iOS keyboard but has simply replaced the QuickType bar with the predictive emoji bar. So if you’re a heavy emoji user, using Emoji Type as your default keyboard may be easier than flicking between multiple keyboards. And for the novice emoji user, Emoji Type may seem easier to use if you’re good at describing what you want to convey. But it won’t be for everyone, because some people might be better at visually searching rather than describing in a word what they are looking for.

For me, I’m going to stick with both Emoji Type and Emoji++, because whilst I really like Emoji Type’s predictive emoji feature, sometimes I just don’t know what emoji would work well in the circumstances and will instead prefer to visually scroll through Emoji++.

To wrap up, I’d just like to suggest two features that I think would be nice additions to Emoji Type. The first is the ability to add your own ‘dictionary’ entries for the emojis - including the ability to trigger multiple emojis with one word or acronym. The other suggestion is perhaps less useful, particularly given I’m also sticking with Emoji++, but it would be nice if there was also a favorites section for commonly used emoji.

Emoji Type is available for $0.99 as an iOS 8 keyboard extension on the iPhone and iPad.