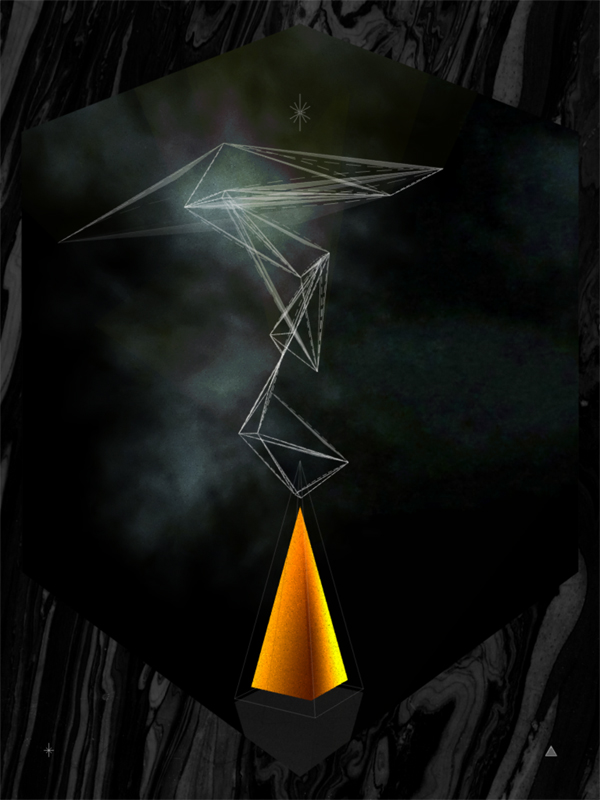 Usually, I’m a quite drastic purist when it comes to music. Music is art for the ear, and made for distraction-free listening. That’s the reason why I consider music visualization as rubbish most of the time. I never liked to look at computer-generated 3D figures, which are randomly moving without being truly connected to the music.

But then I found an interesting interview on Overlapps with Eric Wahlforss, the founder and CTO of SoundCloud, the well-known social sound sharing network. He is musically active under the pseudonym Forss and recently released a new album titled Ecclesia. The record is available for free (when you sign up to Forss’ newsletter) on his website, where you can also listen to every song off it completely. But his real engagement with this album lays in the idea of making it multi-layered by creating a visualization app with 3D graphics, effects, and movement connected to the music. Together with the design studio untouch.fm and designer Leo Lass, he created an iPad app with extensive visuals to enhance his newest record with some stunning 3D artwork. 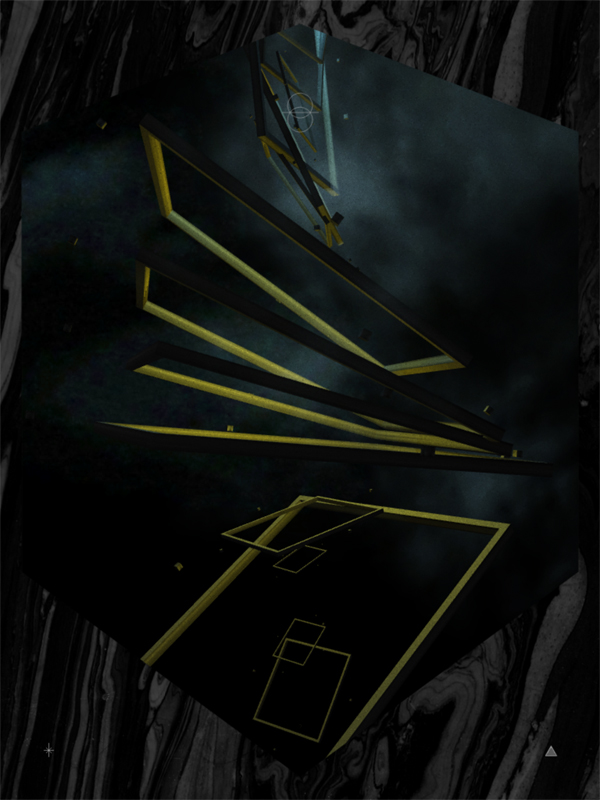 Before looking at the app, you might ask yourself what kind of music Forss’ is making. Let me quote himself for that:

Ecclesia is an album of music whose core inspiration is the church. Made at the dawn of a new postreligious age Ecclesia presents a fascinating dichotomy – on one hand, church music is some of the oldest in Europe, while the form Forss takes – electronica with fully integrated apps – couldn’t be more contemporary and cutting edge.

How right he is. Ecclesia is a perfect example for both contemporary sound art and UI design. It’s straightforward and easy to use. To minimize the learning process and focusing on the oral experience the app only has two menu buttons at the bottom, indicated with strange symbols: one for selecting one of the record’s 10 tracks (which has an overall length of 40 minutes) and one for the music and design credits. 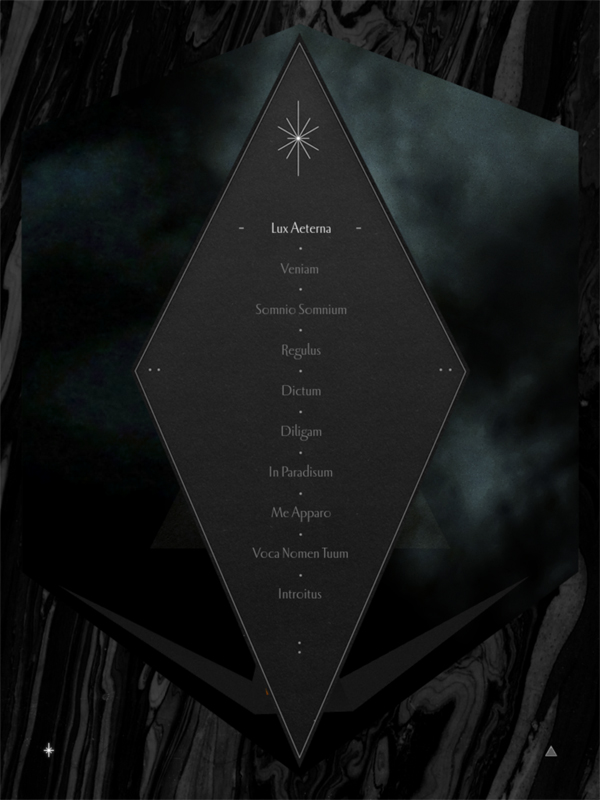 When starting the app, the music and the visuals immediately start playing. You can zoom in and out within the 3D area and watch the graphics from 360 degrees by moving them with one finger. The upper and lower edges of this area also indicate the possible switch to the next or previous track by getting brighter when you slide to the top or bottom. The UI design completely focuses on the content.

But why exactly is this content different from other music visualizers from desktop apps? Firstly, the designers really thought out what environment could fit a church-inspired space record. They set the “location” of the movements in an undefined, apparently endless, blurred space setting with colored and starry clouds. This setting fits the most basic soundscapes Forss laid under his choral sounds and organ melodies. Some of his songs also feature minimalist beats and percussion, and most of the time more dynamic elements within the respective graphics (like flying dots or moving, banner-like units) are accentuating them. 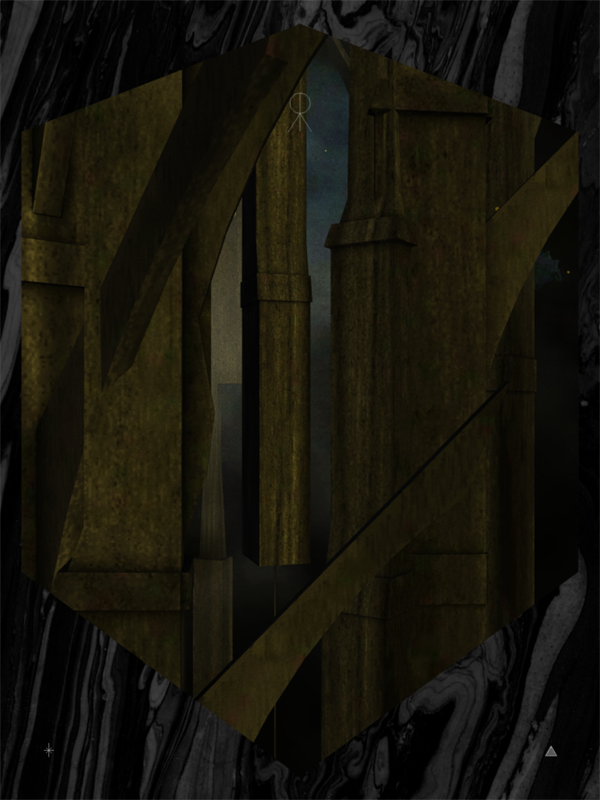 The graphics also change from song to song, so the designers created different central objects which represent the main instrument or sound characteristic of each song’s melodies. This is executed very well, especially in the latter part of the record; for instance, the song “In Paradisum” (#7) is visualized with abstract open circles you can zoom in, which really put you in the mood of entering a transcendental place. Lass and untouch.fm also made use of recurring and sacral elements like colors, shapes of crucifixes or 3D forms like pyramids to connect the single songs to an overall topic. Additionally, during every song, a sort of digital fresco appears with a sepia-toned, surrealistic drawing, which can be interpreted as a little story due to elements like Madonnas or crumbling stone walls (see an example below). 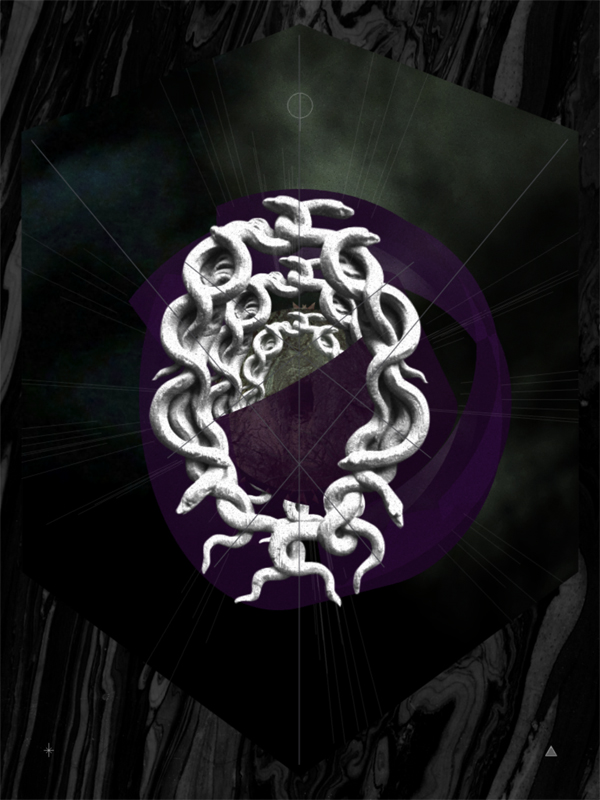 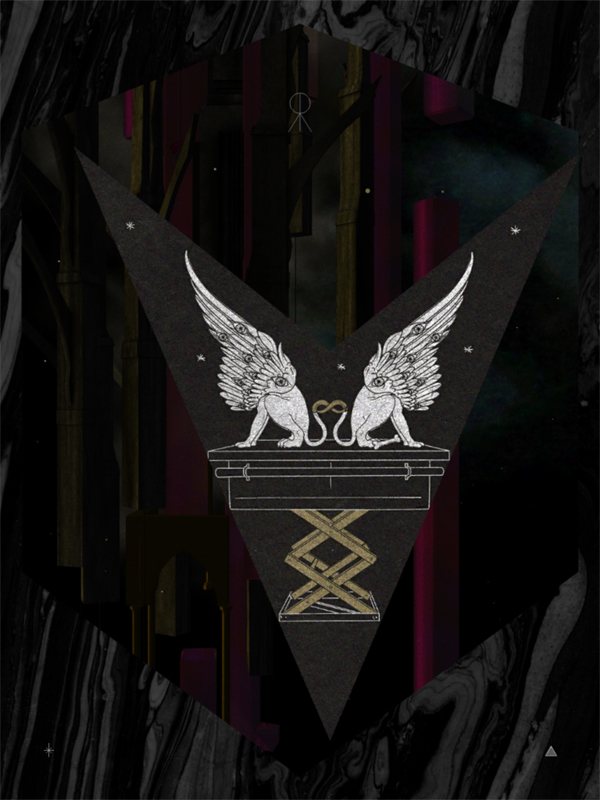 The second reason is that the iPad is the best way to flick through and enjoy such pretty experimental graphics. I mostly listen to music on the road or just lying in my bed, and even when using a laptop, the enjoy rate is not that high compared to having the iPad’s single-screen OS with headphones on to completely sink into the music’s spheres. With visuals added to that (although the app is not Retina-optimized), it’s just a perfect multi-layered experience. And although some of the graphics are a bit too edgy for my taste, I always liked the music on Ecclesia.

If you like listening to ambient/electronic music to chill out and set your mind free, Ecclesia will be just perfect. But I also recommend it if you want to see what the iPad’s graphic chips are capable of – it’s an example of how software can change the way we enjoy audio and visual arts in the future. The 40-minute, 10-track record Ecclesia can be purchased for $3.99 on the App Store.