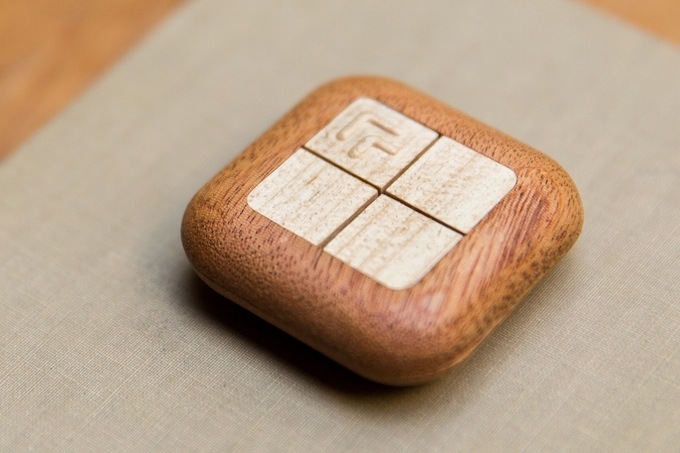 Samuel Clay, the founder of NewsBlur, is seeking funding on Kickstarter for an interesting new project: Turn Touch.

Turn Touch is a four button remote control carved out of solid wood. Get instant control of your devices and your home. With only four buttons, your Turn Touch connects you to apps, lights, speakers, and more.

While most smart devices found in the home today are designed to be controlled via a smartphone or a voice-controlled device like Amazon Echo, Turn Touch is a more tactile option. It’s designed to look less like a standard remote control and more like a piece of decor in the home. 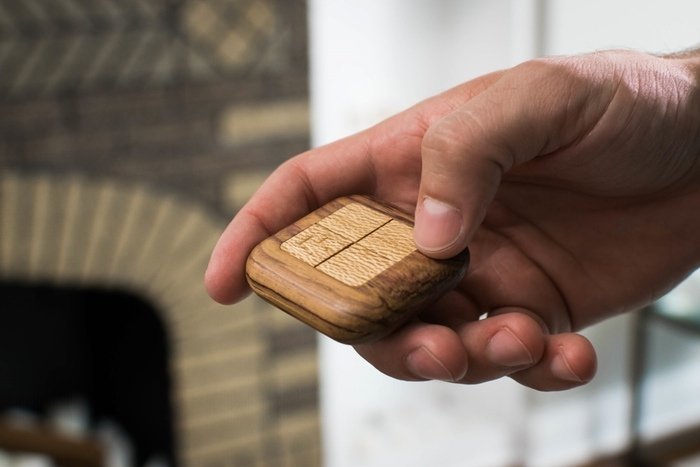 Turn Touch was made to be compact and attractive.

The power of Turn Touch is found in its versatility. Though it only has four buttons, it is fully customizable using the Turn Touch app for iOS or macOS. The app allows you to program your remote to work with different devices, such as Hue Lights, Sonos speakers, or a Nest thermostat. You can also integrate Turn Touch with various apps on iOS or macOS, such as Apple Music or Spotify. Additionally, there are built-in Turn Touch apps to do things like set a timer or alarm clock. The Kickstarter page shows a list of integrations that are currently promised, and states that more are in the works. Lastly, Turn Touch can also be configured to trigger a URL on the web, opening up its possible benefits immensely. 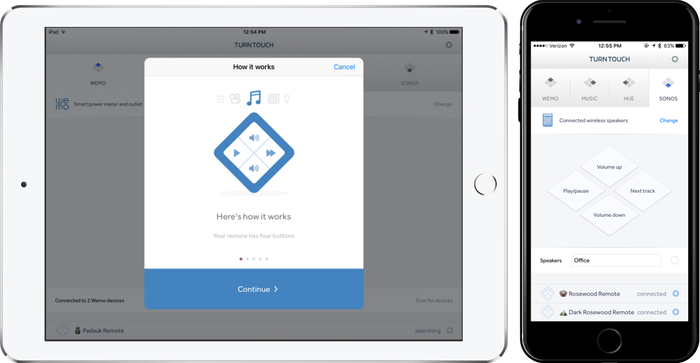 The iOS app for Turn Touch.

The ability to activate several different integrations wouldn’t be as useful if only one action could be assigned to each of the Turn Touch buttons. Fortunately, the device’s interface provides clever ways to make the most of its four buttons. Actions can be assigned to activate through either a single tap of a button or a double tap, making eight actions available at once. And holding a button down for half a second will switch the app you’re interacting with, meaning a new set of actions will be activated. 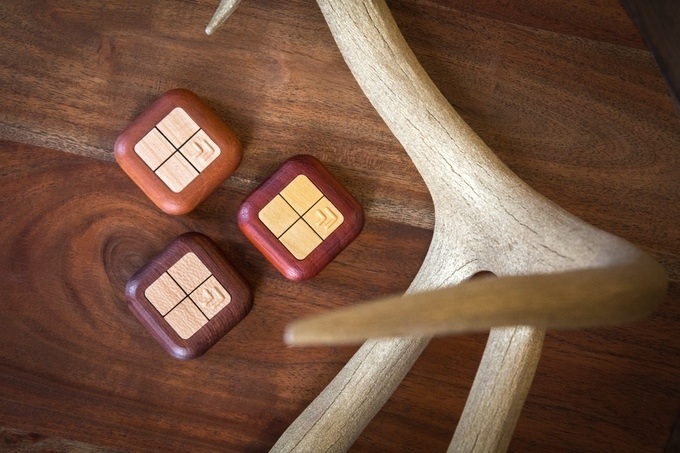 The Kickstarter campaign for Turn Touch ends on March 9th, and units are projected to ship this November. If you’d like to make a pledge, there are varying backer levels depending on the style of Turn Touch you’d like.