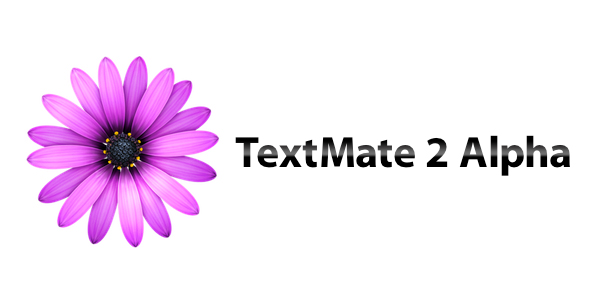 MacroMate’s first alpha build of TextMate 2 is available for download this morning, immediately usable for all registered users who have TextMate licenses. TextMate’s last stable release (1.5.10) was made available on November 18th, 2010, following a September announcement that work had begun on TextMate 2. Michael Sheets promised the the availability of TextMate 2 before the end of December, noting MacroMates was pleased with how it was turning out. With the TextMate 2 release, Allan Odgaard notes that “performance is fine” outside of a few edge cases, and gives a fair warning that TextMate settings and the proof-of-concept bundle editor are currently works-in-progress.

It’s important to stress though that being an alpha release; it is not complete. It has reached a point where it may suit some early adopters and provide some relief to those who have been questioning TextMate’s future. For the time being, the alpha builds are only for people who already have a TextMate license and an Intel Mac.

A list of changes since 1.5.10 can be viewed via the included release notes.