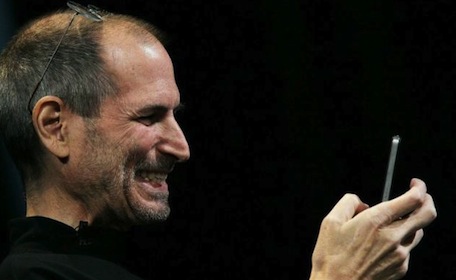 Ina Fried at Mobilized reports some excerpts from a phone interview with Steve Jobs about the location tracking issues also addressed by Apple this morning:

The files they found on these phones, as we explained, it turned out were basically files we have built through anonymous, crowdsourced information that we collect from the tens of millions of iPhones out there.

He said Apple looks forward to testifying before Congress and other regulatory bodies and said the company will do what it can to clarify things further. “I think Apple will be testifying,” Jobs said. “They have asked us to come and we will honor their request of course.

Steve Jobs also reiterated the statements from today’s Q&A, saying much of the speculation last week arose from “wrong conclusions” – generated by the fact that Apple, and the tech industry overall, failed at educating users about several aspects of location data, anonymous tracking and privacy:

As new technology comes into the society there is a period of adjustment and education,” Jobs said. “We haven’t as an industry done a very good job educating people I think, as to some of the more subtle things going on here. As such (people) jumped to a lot of wrong conclusions in the last week.

Update: Mobilized has updated their original post with an edited transcript of the interview with Jobs, Schiller, and Forstall. Other interesting tidbits:

Is there anything that you guys have learned over the last week or so and take away from this?

What we do is we cache a subset of that. We picked a size, around 2MB, which is less than half a song. It turns out it was fairly large and could hold items for a long time.

We had that protected on the system. It had root protection and was sandboxed from any other application. But if someone hacks their phone and jailbreaks it, they can get to this and misunderstand the point of that.

It’s all anonymous and cannot be traced back to any individual phone or person. But we need to be even more careful about what files are on the phone, even if they are protected.

Schiller: Sometimes it helps people to understand an analogy that describes what these things are like because they are so new. I would think an analogy of a crowdsourced database is every time you walk into a retail store, many retailers have a clicker that counts how many people come in and out of the store. Nobody really cares about that because it is completely anonymous. It is not personal data. It is not anything to worry about. It’s not something that people feel is private because it is really not about them. It’s a coagulated total of all traffic. These crowdsourced databases are sort of like that.