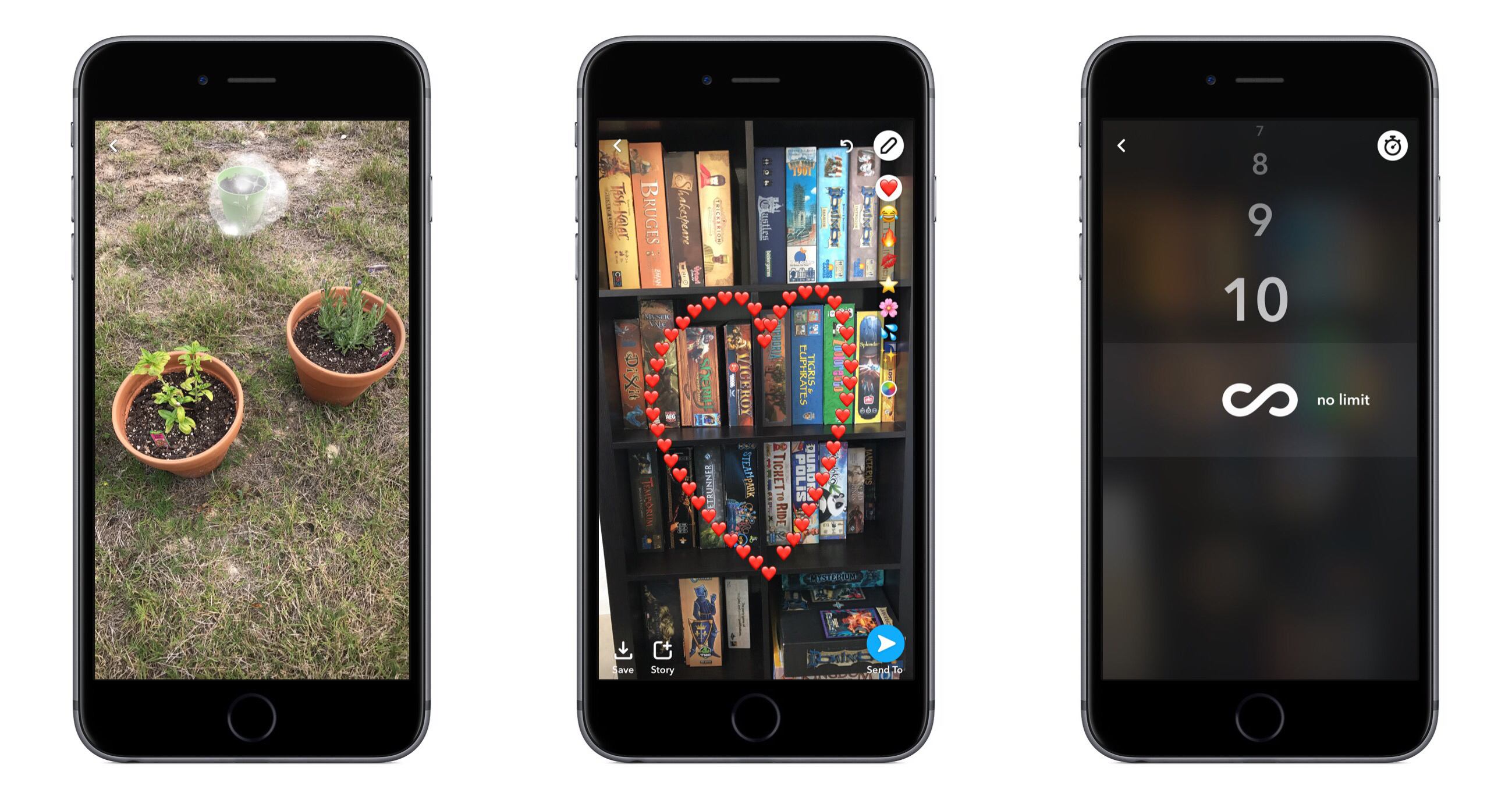 In an update released today, Snapchat has added a slew of new tools to enhance the creation and sharing of Snaps.

The Magic Eraser is a tool for removing unwanted objects from a picture. You can use it by tapping the scissors icon, then the stars icon. The tool works very much like the Repair Tool found in Pixelmator, the powerful photo editing app. Simply tap and drag on the part of the image you’d like to ‘erase,’ and after a couple seconds of work Snapchat will remove the object. When it works properly, what’s left in the absent object’s place will blend in nicely with the rest of the photo. As with all tools like this, the reliability can vary depending on the particular photo and object.

A second new tool is the Emoji Brush, which lets you draw with emoji on an image like you might draw with a standard colored brush. Tap the brush icon, then the heart emoji, to pull up the emoji picker. Currently only a select few emoji are available to choose from, including the heart, fire, star, flower, and a few others. If you tap and hold on the bottom of the emoji lineup, it will expand to temporarily reveal a variety of colored heart options.

Additional changes in the app include the new Loop tool, which lets you set a Snap to loop until your friend taps forward to the next Snap. This pairs nicely with the new option to remove a time limit from your Snap, so friends can view it as long as they’d like before moving on. Once the Snap is closed though, it will still delete as usual.