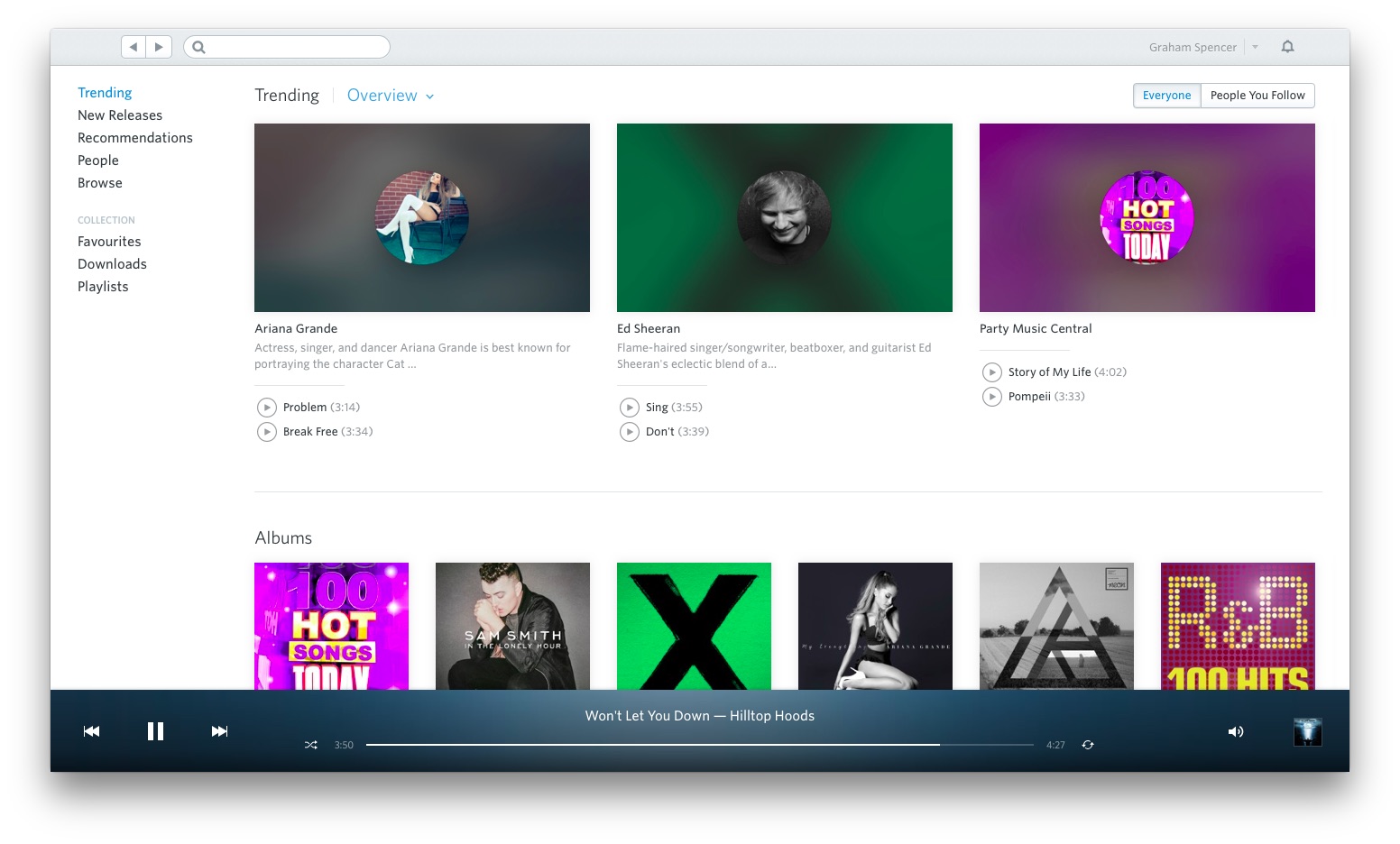 In the face of growing competition in the streaming music market, Rdio, a four-year-old service that charges for online subscriptions, has moved into a new phase with abundant free music — as well as free music’s ever-present companion, advertising.

“What we’ve learned collectively over the last few years,” said Anthony Bay, Rdio’s chief executive, “is that the most successful models are freemium models.”

As The New York Times reports today, Rdio has done well over the past few years, but it is clear that other competitors (most notably Spotify) have been doing far better by placing a strong focus on a freemium business model. As a result, today’s updates to Rdio aren’t much of a surprise to me, but I’m glad they have also taken the time to once again refine the design of their apps.

For those curious, the free version of Rdio will be available in 20 countries initially and will allow unlimited access to stations. Rdio Unlimited will unlock the ability to play albums and playlists, as well as remove ads for $9.99.

Rdio’s move is a result of a deal with the radio network Cumulus Media that was announced a year ago, in which Cumulus was granted an equity stake of at least 15 percent in Rdio’s parent company, Pulser Media, in exchange for providing content and promotional services that Cumulus says are worth $75 million over five years.

The new design is not a major departure from their existing designs, but rather a welcome refinement. For example the new apps get rid of the confusing to distinguish ‘Heavy Rotation’ and ‘Top Charts’ sections and are instead replaced with a far more understandable section called ‘Trending’. There is also a new ‘Browse’ section which has curated Rdio stations into various categories including ‘Top Stations’, ‘Aussie Hits’, ‘Alternative’ and ‘Fitness’.

The other big new feature isn’t actually available yet, but there will also be a ‘Home’ tab which promises to be “an evolving feed of personalized music stories that surfaces the best of Rdio in a single destination”. It’ll be built from what you listen to, your friends listening activity, recommendations from Rdio, and other factors. On the whole it seems like a more advanced music discovery tool than the currently available ‘Recommendations’ page, which is mostly based on your music listening habits.