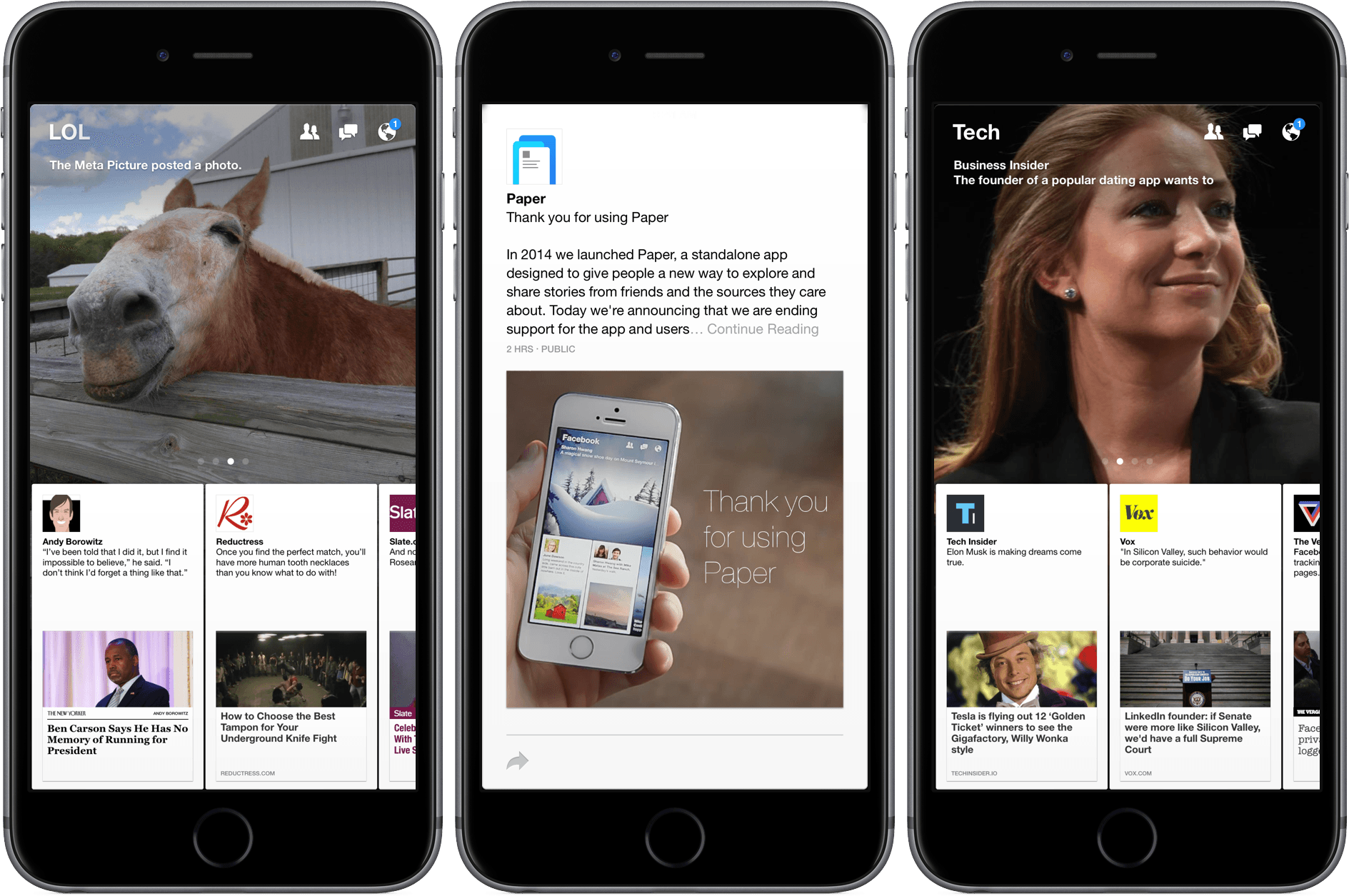 The Verge reports that Facebook is removing Paper, its design-forward alternative Facebook client, from the App Store today.

Paper was notable for the novel animations it used to guide you through the app — tap on a link and it would unfold like a letter; pull down on the story and it would fold back up, returning you to the feed.

Paper was one of the first products launched by Facebook from Creative Labs an experimental design and development group within Facebook that hired numerous high-profile designers around 2011, including Mike Matas. Matas’ early career highlights include stints at Delicious Monster and Apple where he had a hand in several of the interface elements of the original iPhone, iPad and OS X. He left Apple to found Push Pop Press with the goal of reimagining digital books. Push Pop Press had one product, an interactive version of Al Gore’s book Our Choice.

In August, 2011, Facebook acquired Push Pop Press. The animations and other design elements of Facebook’s Paper, which debuted in early 2014, were heavily influenced by Matas’ and Push Pop’s work on Our Choice and critically acclaimed at the time for their innovations, but the app never caught on with Facebook users. Facebook closed the Creative Labs group last December and Matas left Facebook earlier this year, so the shuttering of Paper is not surprising.

Facebook users who previously downloaded Paper can continue to use it until July 29, 2016, after which Facebook has said the app will no longer work.