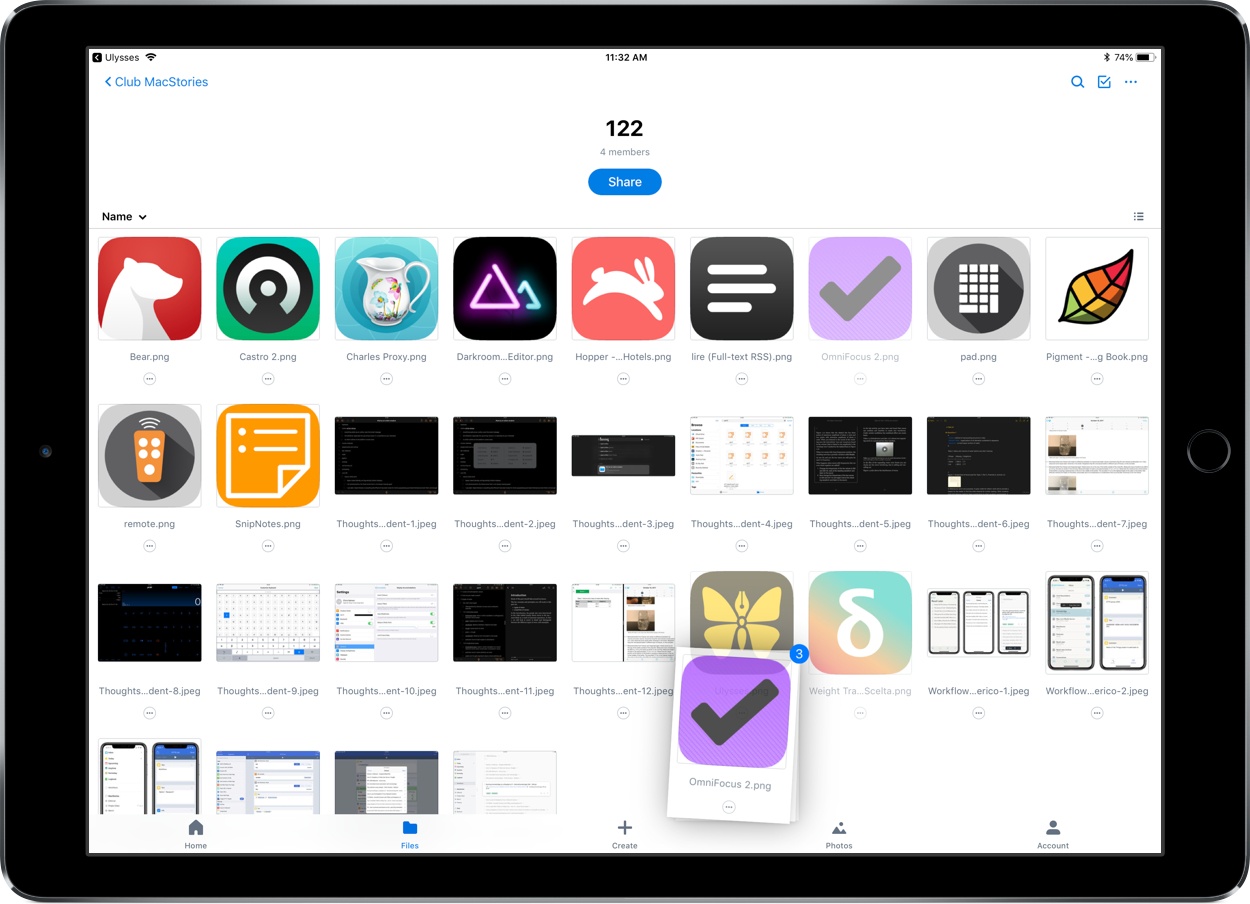 The latest version of Dropbox for iOS includes some nice improvements, the most noteworthy of which is drag and drop support.

Now if you need to add files to your Dropbox from another app, you can just pick them up and drop them right into the Dropbox app in exactly the folder you want. Equally exciting to me personally is that you can also use drag and drop for file management inside the app – just tap and hold on a file or folder and it will lift from its place, letting you drag it around and move it to other locations inside the app. I’ve always felt Dropbox’s method of moving files required too many taps, so drag and drop is a perfect solution for that. Also, I’m happy to report that file moving via drag and drop works on both iPad and iPhone.

Drag and drop capabilities have technically been available already for Dropbox users via managing your documents in Apple’s Files app, but if you need or simply prefer to use Dropbox’s own app, these are great features to have.

Another change in today’s update is that on the iPad, you can now close the file previewing pane to get a fullscreen browsing experience with your files – just hit the X in the upper left portion of the preview pane to get fullscreen navigation. I find that this feature is especially helpful when you’re using the grid view for files, but it could also be of benefit in list view if you have a lot of long file names that will no longer be truncated.

The app’s release notes also state that there is improved previewing and new text editing abilities for more than 120 file extensions, but the specifics of those extensions are unknown. I was hoping one of them would be Markdown (.md) files, but unfortunately those still can’t be edited in-app.

Despite the fact that Dropbox users can now do most document management inside the Files app, Dropbox continues to improve its app and make it a solid option for those who prefer not to use Files.