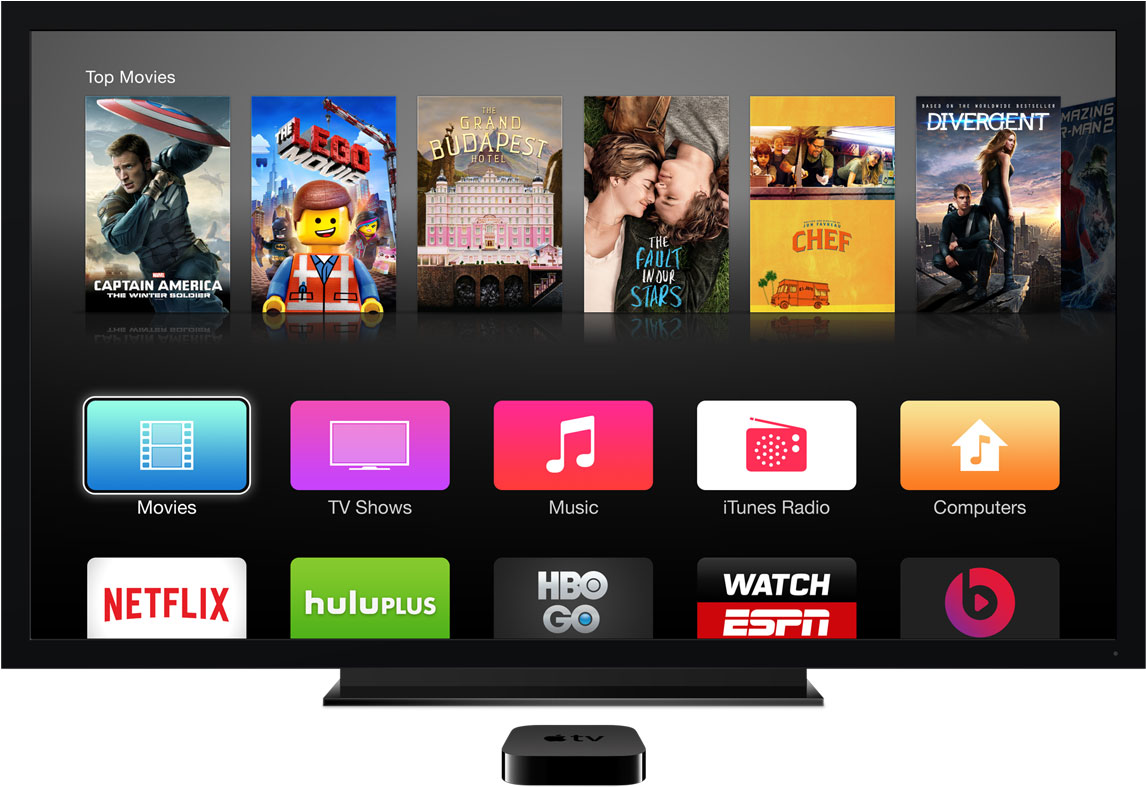 The Apple TV has today received an update which brings a fresh new design that removes skeuomorphic flourishes, adds more vibrant colors and more closely matches the style of iOS 7/8 and OS X Yosemite. Besides the visual refresh, the update also adds support for peer-to-peer AirPlay and the new Family Sharing features in iOS 8.

Apple TV (3rd generation) users should be prompted to update their Apple TV when they next turn it on, but you can also manually update by going to Settings > General > Software Updates > Update Software.

With today’s Apple TV update you’ll be able to take advantage of the new Family Sharing feature that is also included in iOS 8 and, soon, OS X Yosemite. The most significant aspect of Family Sharing is that it allows family members to have their own Apple IDs and share purchases that they make. This means that if someone in the family has purchased Game of Thrones, anyone else in the family can also watch it.

To access purchased content by other family members, simply go into the Movies, TV Shows or Music channel, jump to the Purchased tab > Family Sharing > select the relevant family member who purchased the content.

Peer-to-peer AirPlay is a new feature that is primarily targeted at enterprise and education use, but it essentially allows an iPad, iPhone or iPod touch to wirelessly connect to an Apple TV without needing to be on the same WiFi network as the Apple TV.

As we mentioned earlier, today’s update includes a fresh new design for the Apple TV. The overall user interface is virtually identical but buttons are flatter, icons are more colourful and skeuomorphic flourishes have been exterminated. It honestly looks terrific, and we took a few photos so you can see. All the third-party apps will automatically adopt these UI changes so it really is a seamless change.