Businesswire has lit up with a pair of Apple press releases, one of them being a developer preview for OS X Lion. Mission Control and Launchpad are the prominent features we’ve heard about in the past, and Apple is talking about new gestures to zoom in on web pages and switch between full screen apps. More notably is an overhaul of Mail, and other new Mac features you’ll find after the break.

Update: Apple has updated their Mac OS X Lion page to reveal some of the upcoming features. There’s a lot to sort through, and we’re digging into the details.

Apple is showcasing this morning some of the new features we can look forward to in OS X Lion.

We’re already familiar with Launchpad being an iPad-like interface for opening apps, but pay attention to the gestures. What’s odd to me is that you “pinch-to-close” five fingers to “open” Launchpad. Two finger swipes enable you to switch between panes of apps, while three fingers allow you to switch between full screen apps (and back to the desktop). Mission Control is activated by a three finger push/flick up. Similar to the iPad, you can use a two finger tap to zoom in on text while viewing websites. 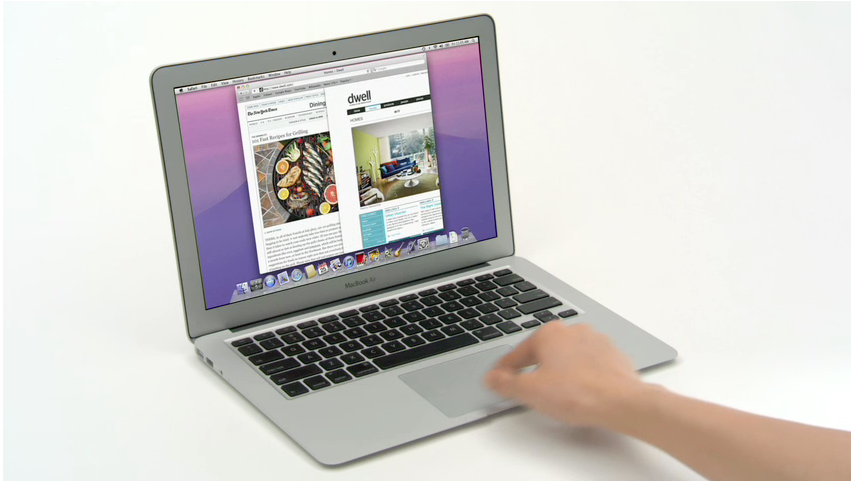 There’s possibly a new version of Safari as well that hasn’t been mentioned yet (or dug up by developers). A two finger navigation gesture “slides” webpages off the browser, which is pretty cool. 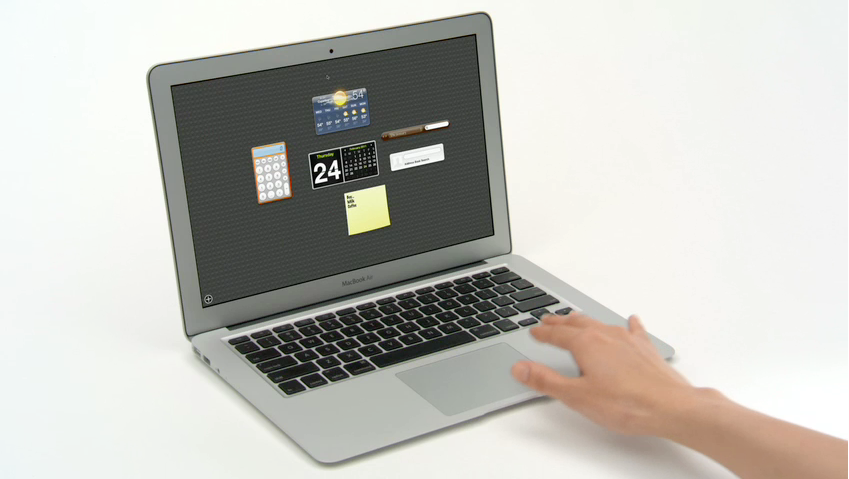 The Dashboard makes a return in Lion as well.

Visually, Lion is going to be very iOS like with lots of pop-over animations in the interface. Just as a refresher, we totally called it.

What about Spaces and Mission Control? Besides from the press release, Apple is starting to remove every mention of Spaces. It’s kind of crazy, and it makes me sad since my workflow is dependent on my virtual work spaces. I haven’t quite gotten to command-tab fu yet. Apple is either really confident in their Mission Control technology, or the Spaces as we know it will be transformed into something else. Or maybe Mission Control is just really good, but I’m kind of worried what’s going to happen to my favorite hot corner.

Two new major features that should appeal to busy bees are Auto Save and Versions. Built into the OS, Lion will automatically save updated documents without producing additional copies (does that mean no more temp files?), while also versioning your documents for later recollection in an interface “similar to Time Machine.”

Most notably (and much anticipated) will be the launch of Mail 5. Borrowing many of the queues from the iPad, Mail 5 presents a left sidebar for navigating messages, while leaving the entire right pane for previewing your emails in their full glory. Say good bye to a horizontal divider! Also introduced is a new a conversations view, which displays the progression of an email chronologically in a wide, almost RSS like timeline format.

If you’re looking to share files with friends, AirDrop might be very handy. AirDrop works by clicking the icon in the Finder’s sidebar, then by simply dragging and dropping files to someone’s name. Turn AirDrop off, and you’re officially off the grid.

Currently we’re speculating how this would work. Would it be a webpage, or would Apple have to update iOS for the new features to work? You get what I’m saying: iOS 5 is going to be fun.

Create apps that are more secure with app sandboxing and privilege separation. Sandboxing protects the system by limiting the kinds of things an application can do, such as accessing files on disk or resources over the network. Limiting the capabilities of an app to just those operations that it needs to perform helps keep the rest of the system more secure in the event that an app is compromised. Privilege separation is another common technique for improving security where an app is factored into smaller pieces, each with their own distinct roles and privileges.

We’re taking a note from http://developer.apple.com/technologies/mac/whats-new.html, and it looks like Apple is going to be looking at ways to improve application and user security.

Apple may have killed off the XServe, but that doesn’t mean that there isn’t a substantial update to their server platform. Lion OS X server promises easier setup, but one feature that stuck out to us was file sharing for the iPad. Via a Webdav server, iPad users can access and edit documents from the server, creating a cloud-like file experience. But the best part? Lion Server is built in to Lion. 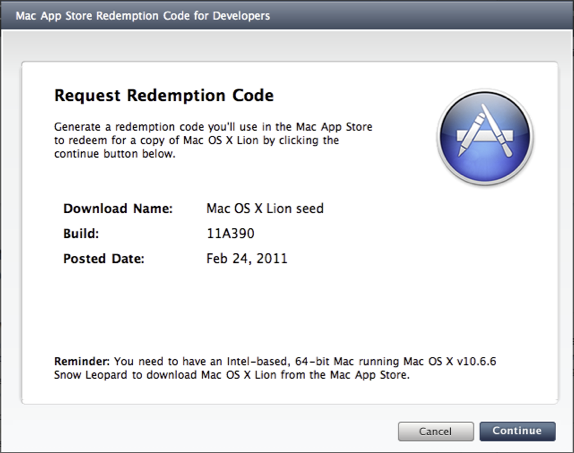 For developers, you’ll download the Lion preview through the Mac App Store with a promocode. Pretty cool right? Apple writes:

Mac Developer Program members can download Lion from the Mac App Store using a redemption code obtained from the Mac Dev Center. Be sure you are using an Intel-based, 64-bit Mac running Mac OS X v10.6.6 Snow Leopard before redeeming your code.

You can only generate one code per account, so Apple is going to be stringent in keeping your “friends with benefits” from getting a copy too. Legit devs only!

You may install Lion on any of your authorized Apple computers. In order to install Lion on your additional systems, copy the Mac OS X Lion Installer application which was downloaded from the Mac App Store into the /Applications directory on your additional Mac. Double-click on the application to begin the installation. This can only be done on Apple computers you have authorized to share content downloaded from the Mac App Store.

That still doesn’t necessarily mean non-devs can get it. Apple restricts multiple SL installs by ensuring you own all of your accounts. Theoretically, anyway.

Not everyone has the privilege of downloading the new preview (boo!), but let’s have some fun with a few details.