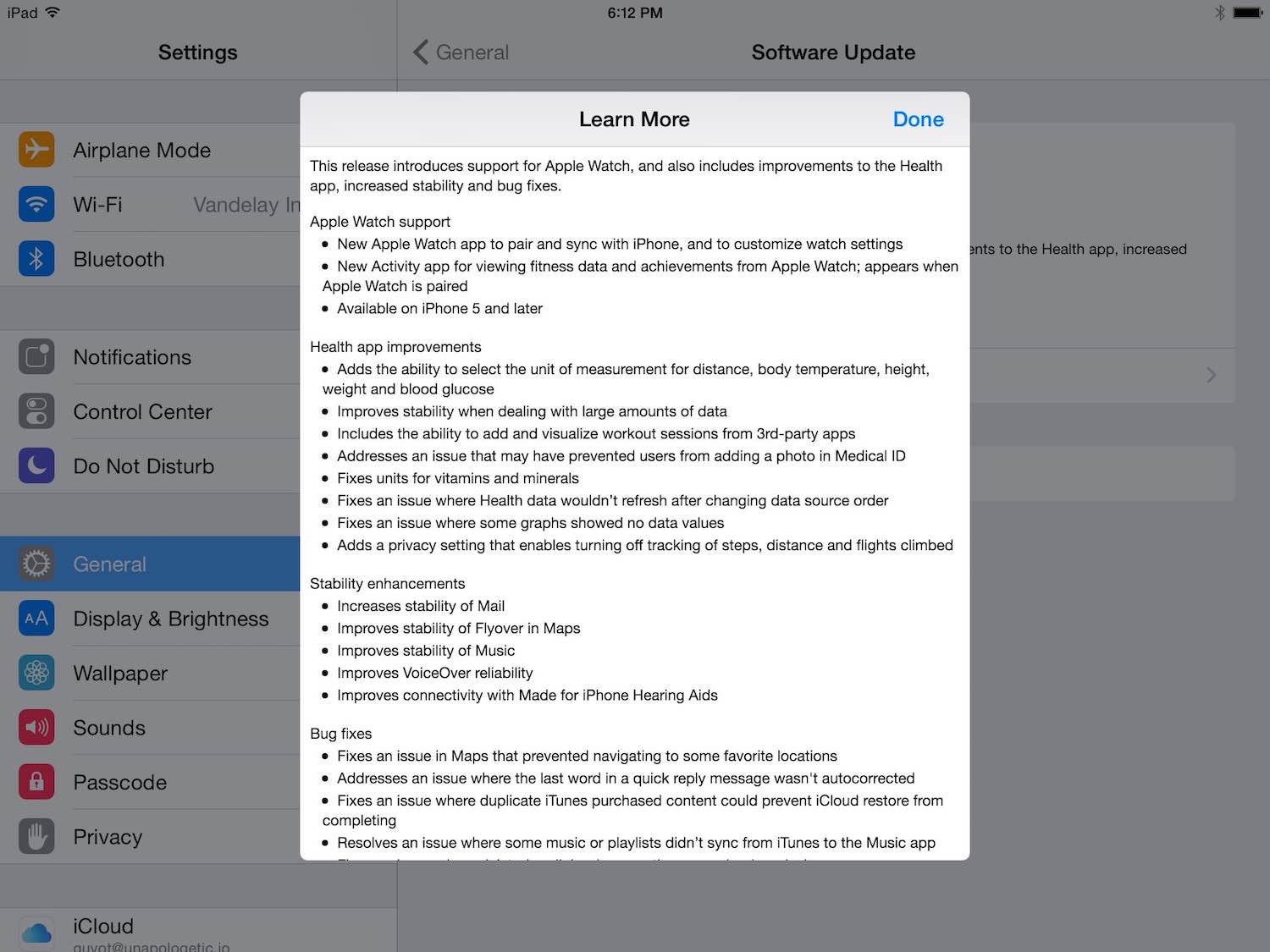 On the heels of today’s keynote, Apple has released iOS 8.2 to the public. The update includes support for the Apple Watch, improvements to the Health app, increased stability, and bug fixes.

Apple Watch support includes a new Apple Watch app (for us all to stare at longingly for the next few weeks), which is available on iPhone 5 and later.

Improvements to the Health app include the ability to select units of measure for certain statistics, the ability to add and visualize workout sessions from 3rd party apps, and new privacy settings which let you turn off tracking of steps, distance, and flights climbed.

There are also lots of improvements to stability and even more bug fixes for various small issues across the system.

In my personal usage, iOS 8.2 has been far more solid than previous iterations, and feels like the first release in which iOS 8 has really stabilized.

The iOS 8.2 update is available now in Software Update.