Apple: “The More People Use Maps, The Better It Will Get” 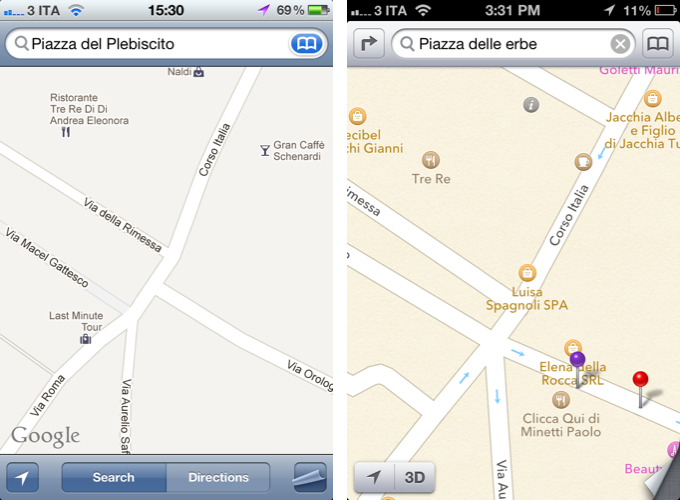 In a statement sent to AllThingsD, Apple said they are working hard to improve the customer experience with the new Maps of iOS 6. In particular, the company notes that “it’ll get better” with time and usage.

We launched this new map service knowing it is a major initiative and that we are just getting started with it. Maps is a cloud-based solution and the more people use it, the better it will get. We appreciate all of the customer feedback and are working hard to make the customer experience even better.

In my review of iOS 6 yesterday, I dedicated a section to Maps, comparing its features to those of iOS 5’s Google Maps product in Italy. Following yesterday’s launch, people have increasingly noticed that Maps, unlike Google Maps, is lacking in several areas like business listings, satellite views, Flyover accuracy, and more. Screenshots of Maps discrepancies with reality and plain-wrong data are all over the web.

In our Reading List in the sidebar (on the right), we’ve collected some of the best Maps-related articles from around the web.

There’s no denying that Maps will get better with time and usage. But unlike Siri, which Apple also said will get better with time, people have become dependent upon accurate maps for their livelihood. If I really had to nitpick, though, I, too, am curious to know how actually Apple plans to improve Maps without allowing customers to actively suggest other options.

Personally, I wonder how users who had (and will have) real-life issues like this would react to Apple’s statement.