Last summer YouTube announced its plans to put live streaming tools into the hands of its users. Today marks the first step toward making that happen, as mobile live streaming is now rolling out to all users with 10,000 or more followers. YouTube promises the feature will be available to all users soon, regardless of follower count.

Mobile live streaming has been built directly into the YouTube mobile app. All you have to do to start streaming is open YouTube, hit the capture button, and you’re live! Streamed videos will have all the same features as regular YouTube videos. They can be searched for, found via recommendations or playlists, and protected from unauthorized use. 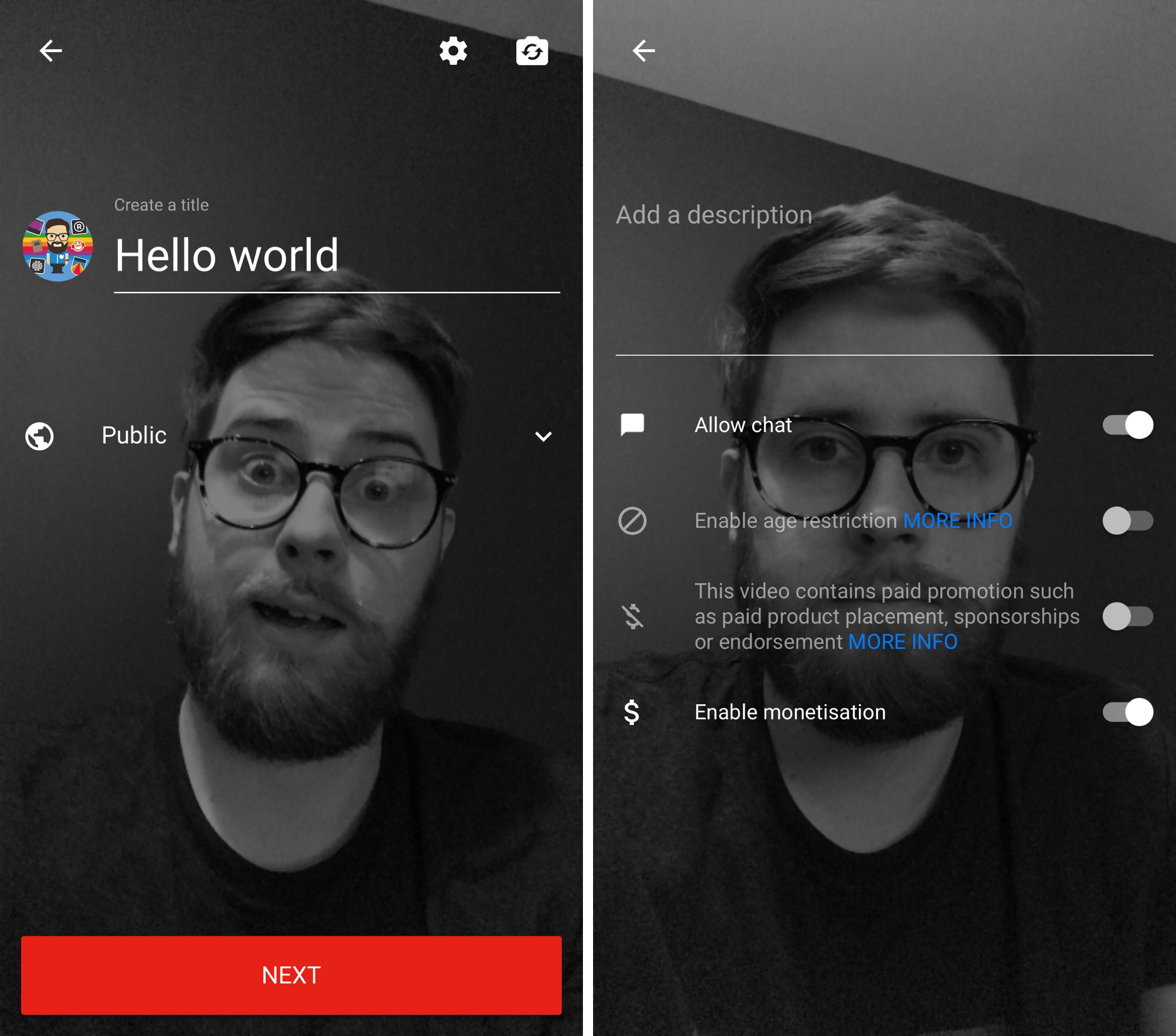 Options when beginning a live stream.

Paired with its live streaming rollout, YouTube is also launching its previously announced Super Chat tool. Super Chat is a live stream feature that enables special monetization opportunities for creators. In a way it’s a digital tip jar. When watching a live stream, users can pay a fee to have a message they write receive special highlighting that makes it more noticeable to the video’s creator. Any highlighted message not only stands out visually, but also remains on screen longer than a normal message. The examples shown by YouTube so far involve a $5.00 fee to receive a highlighted message, though that number may vary based on the creator’s choice.