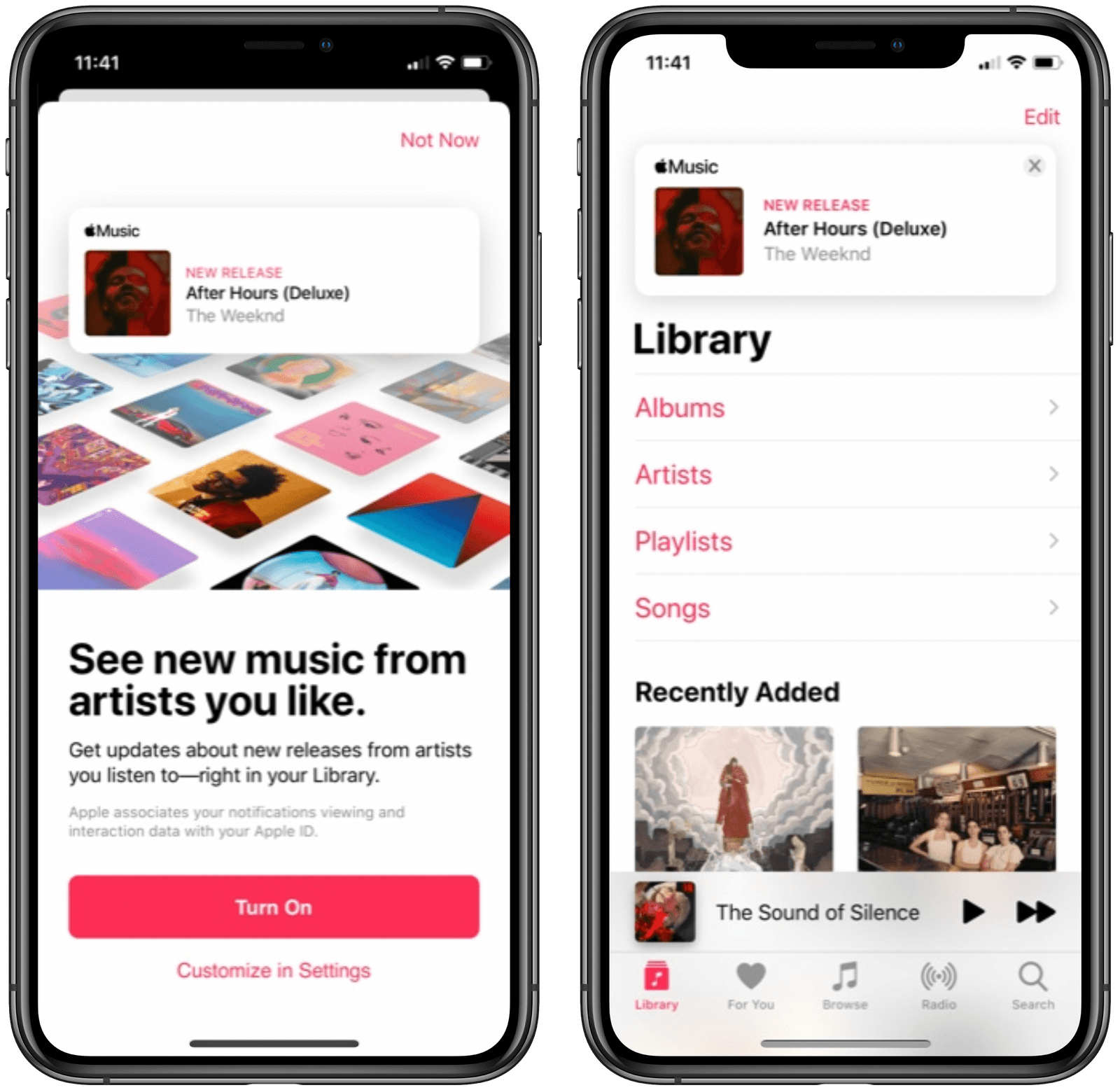 Mitchel Broussard at MacRumors reports on a new Apple Music feature that’s been spotted rolling out to a limited set of users:

Apple today is rolling out a new feature to Apple Music users, prominently displaying new albums, EPs, and videos from their favorite artists at the top of the Library tab in iOS.

The new feature first appears as a splash page in ‌Apple Music‌ on iOS, telling users that they can “see new music from artists you like.” This will let you get updates about new releases from artists you listen to, with notifications appearing above your library of albums and playlists.

Apple Music has long offered push notifications for new releases from artists you enjoy, but for me and everyone else I know, those are wildly inconsistent. Because of that, I’ve grown to depend on the excellent app MusicHarbor instead, which is much more trustworthy.

I like the idea of seeing new releases right inside the Library tab, but will wait and see whether they prove reliable or not. Based on my prior experience with Apple Music notifications, I wouldn’t be surprised to see banners for new albums show up even after I’ve saved those albums to my library. I’d happily be proven wrong, though, so here’s hoping this new method of music updates means Apple has also paid attention to the engine running the feature.