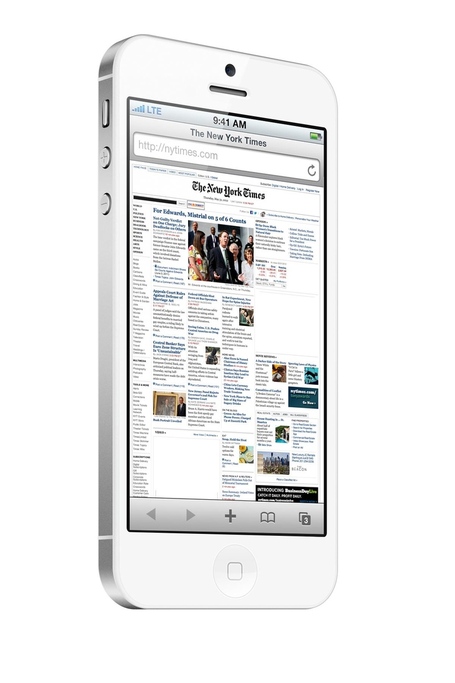 The Verge Forums member “gizmosachin” created some nice mockups of iOS 6 and the next-generation iPhone based on recent rumors.

Well this week we saw the “composite” image of the new iOS 6 Maps app, the blurrycam photos of the new iPhone, and with the WWDC 2012 app it seems that iOS 6 will make most UI elements silver like their counterparts on the iPad. Thought I’d make some mockups of the new iPhone running Safari and the supposed new Maps app just for fun. I couldn’t find any high res C3 Tech images so I just used the OpenStreetMap maps that Apple currently uses in iPhoto.

According to speculation surrounding the next major version of iOS, Apple will switch to a “silver” theme – roughly the same that has been used on the iPad since iPhone OS 3.2. Marco Arment believes the iPhone UIKit widget styling (the stock blue element) is out of style. Cult of Mac thinks that the recently released WWDC app and iPhoto for iOS set the stage for silver coming to the iPhone soon.

In theory, apps that use stock UI items provided by Apple would work “out of the box” with an updated color scheme. However, developers who relied on custom icons, colors, and other patterns would still need to optimize their apps for the new UIKit – and that’s exactly why Apple “previews” new version of iOS at WWDC before their Fall release.

Composite mockups of iOS 6 Maps based on “leaked” screenshots of the software first surfaced last week. Check out more mockups at The Verge.