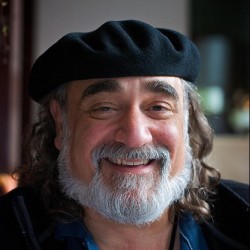 Sal Soghoian is a user automation expert, software developer, author and musician. He served as the Product Manager of Automation Technologies for Apple Inc. from 1997 through 2016, advancing AppleScript, Automator, JavaScript for Automation (JXA), and the other macOS automation tools. Prior to joining Apple, he worked as a scripting consultant, creating automation solutions for the publishing industry during the 1990s. Sal authored a popular script collection called “Sal’s AppleScript Snippets,” the ShadowCaster Quark XTension, two books, including “AppleScript 1-2-3,” and numerous magazine articles about automation. He is also recognized for his work as as a featured presenter/instructor for Quark, Thunder Lizard Productions, Apple, and the Seybold, MacTech, MacSysAdmin, and Macworld conferences.

Here’s a thought experiment. Let’s imagine that Apple decided to combine their engineering resources to form app teams that delivered both iOS and macOS versions of applications.

In such a scenario it may seem logical to retain application features common to both platforms and to remove those that were perceived to require extra resources. Certainly Automation would be something examined in that regard, and the idea might be posited that: “App Extensions are equivalent to, or could be a replacement for, User Automation in macOS.” And by User Automation, I’m referring to Apple Event scripting, Automator, Services, the UNIX command line utilities, etc.

Let’s examine the validity of that conjecture, beginning with overviews of App Extensions and User Automation.