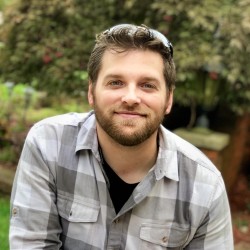 4 posts on MacStories since April 2018

Tim works as an engineer in the automotive industry. When he isn’t working or spending time with his family and friends, he is writing for his site about Drafts, productivity on iOS, task management, and other topics. He is also a co-host on the Fundamentally Broken podcast. 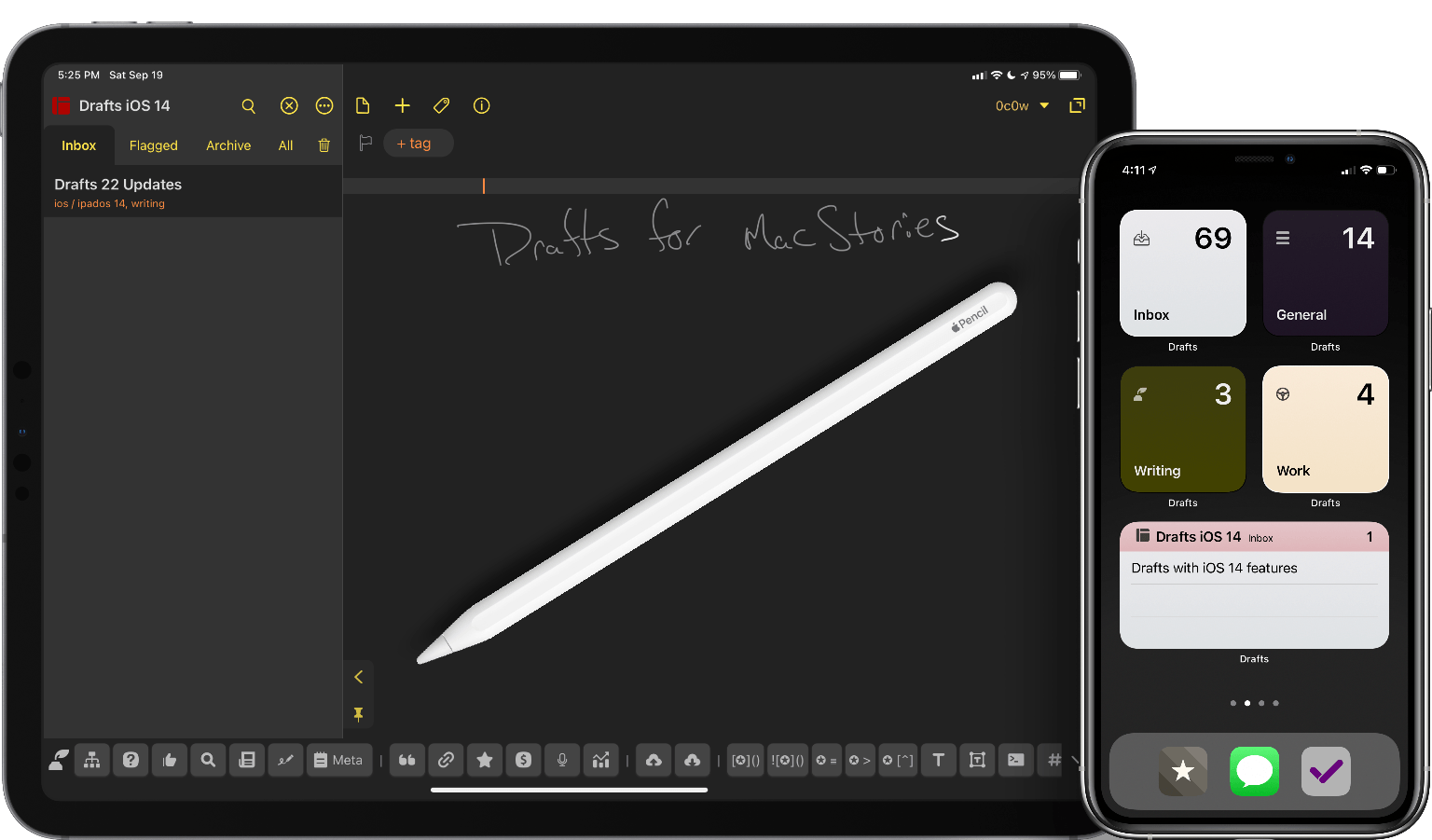 One of my favorite times every year is right around the beginning of August. Not because of the weather – summer where I live – but rather it’s when beta season is in full swing. Apps are putting polish on features, the full update scope is set, and everything starts to feel stable. And there’s nothing better to me than a new Drafts update to coincide with new OS features, bringing new uses of the app to my répertoire.

With the release of iOS and iPadOS 14 this year, it might seem on the surface that the updates to most apps are minimal. Widgets are the hot new feature of the operating systems, along with the visual changes of macOS Big Sur. While most apps will benefit from these changes, the productivity category will be greatly helped. And like Shortcuts, Scriptable, and others, Drafts benefits greatly from these new changes. It might take you a bit of time to see how this will fit your use cases, but once you give that some thought, it will open up new opportunities for you to use the app.

END_OF_DOCUMENT_TOKEN_TO_BE_REPLACED 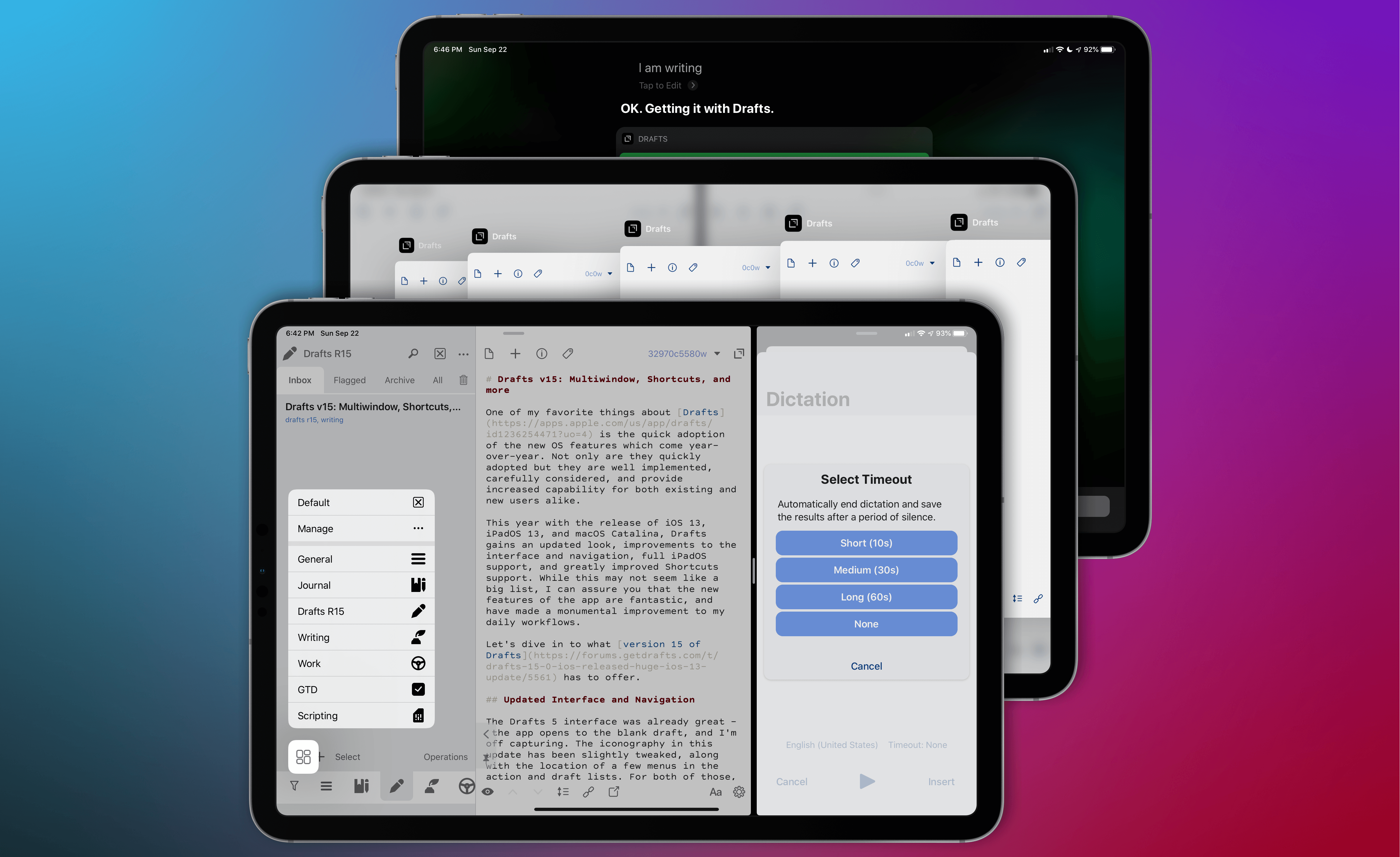 One of my favorite things about Drafts is its quick adoption of the new OS features that come year-over-year. Not only are they quickly adopted, but they are well implemented, carefully considered, and provide increased capability for both existing and new users alike.

This year with the release of iOS 13, iPadOS 13, and macOS Catalina, Drafts gains an updated look, improvements to the interface and navigation, full iPadOS support, and greatly improved Shortcuts integration. While this may not seem like a big list, I can assure you that the new features of the app are fantastic, and have made a monumental improvement to my daily workflows.

Let’s dive in to what version 15 of Drafts has to offer.

END_OF_DOCUMENT_TOKEN_TO_BE_REPLACED 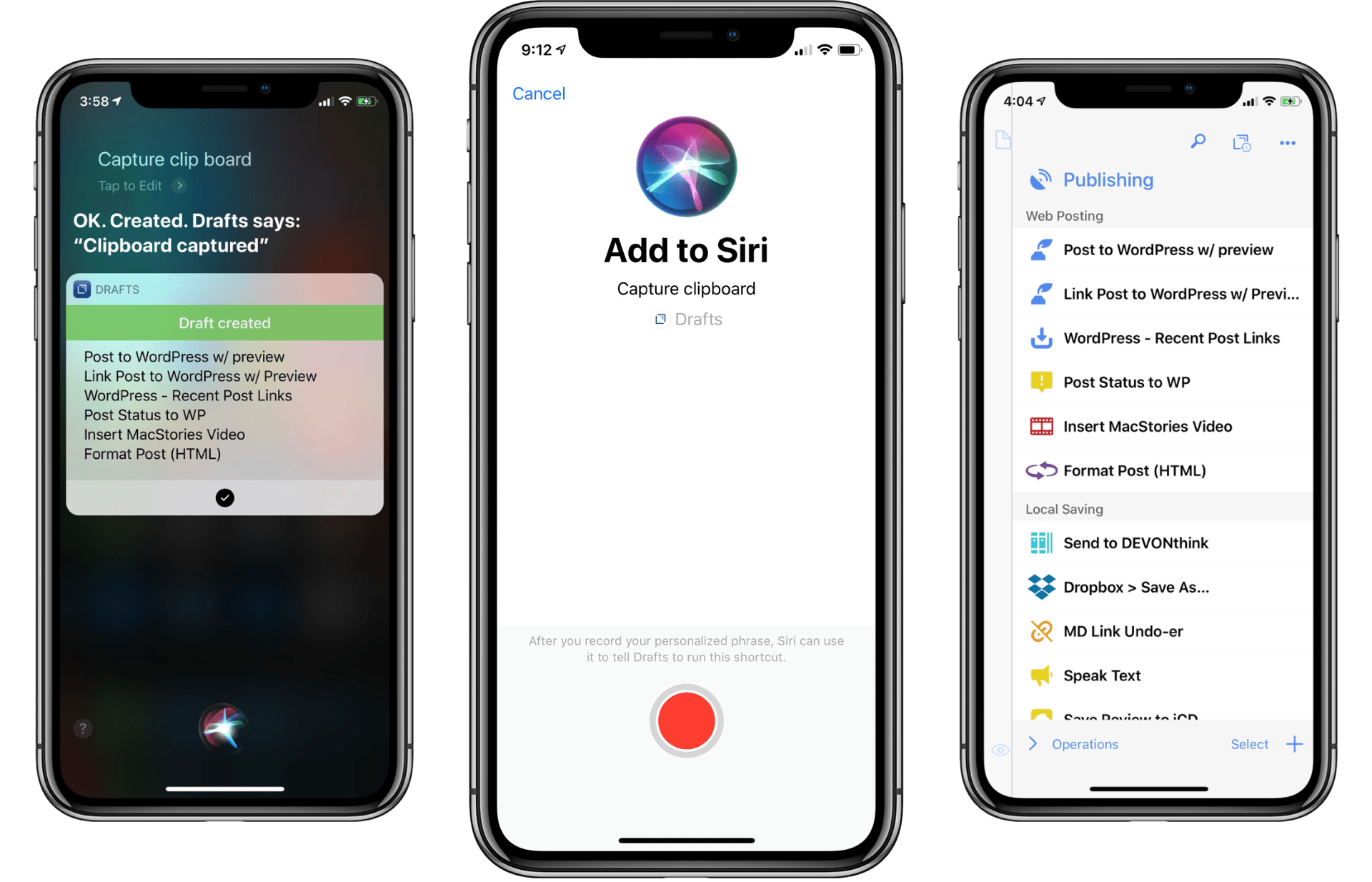 Drafts 5 was recently updated to version 5.4, which brings a host of new features. While there is support for iOS 12’s Siri shortcuts and all that they have to offer, there are also other important features that have improved the app’s capabilities significantly.

END_OF_DOCUMENT_TOKEN_TO_BE_REPLACED

There are few apps I’ve ever used which made a lasting impact on my daily workflow. But for years now, the singular app that’s been the foundation of my iOS use has been Drafts. The app has lived in my dock since I first picked it up, it’s the single most important app I use on the platform, and it’s the only paid app I mandate to anyone looking for must-have apps on iOS.

Drafts is the bedrock app from which I build all my productivity. It’s the single point of text entry that shares to any app, whether through the share sheet, a simple action, or a custom and complex action. Any time I have an idea, I put it in Drafts. Tasks to add to my task manager? I do that from Drafts. Something I want to write about on my blog? That idea starts in Drafts too. It’s the focal point for everything I do.

But times change. Apps age. New features are added in the OS that need to be integrated, which cause some developers to pull the plug. So today, I’m saying goodbye to Drafts 4. And it’s getting replaced by the only app that could possibly replace it: Drafts 5.