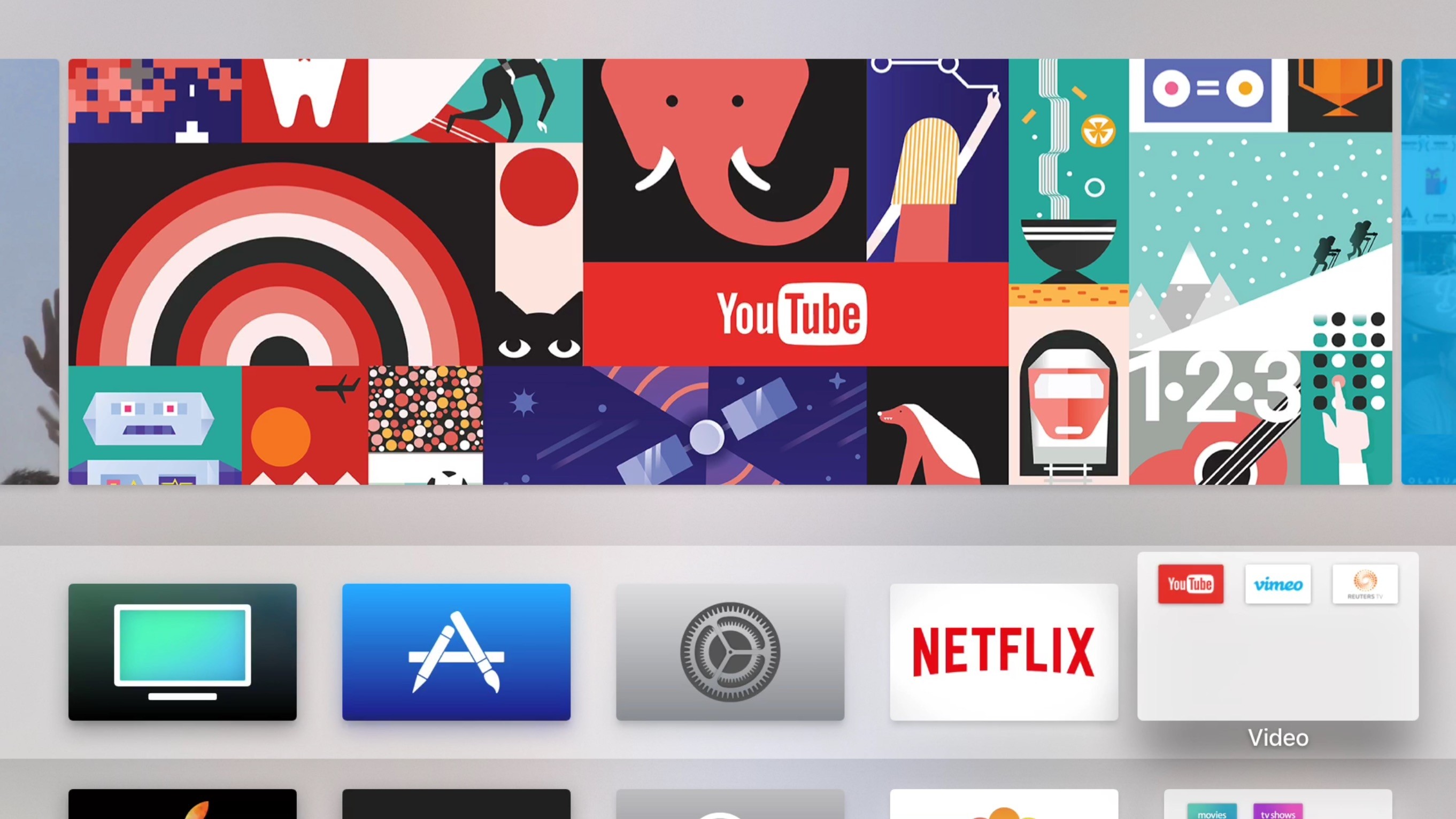 As it turns out, if you create a folder on your Apple TV and place it among the top row of apps, you can scroll through its contents from the Top Shelf.

I hadn’t made use of this feature until this most recent reorganization, though. And it brought me to a conclusion that, perhaps, many others have already come to — the Top Shelf is the most powerful user interface element on tvOS. It turns the Apple TV’s boring grid of icons into an immensely practical display of content from within your favorite apps, that you can play straight from your home screen.

The Apple TV is regularly criticized for its iPhone-like interface of a grid of apps. Rockwell makes a good point though in highlighting how a feature like Top Shelf makes that grid of apps significantly more useful, whether as a tool to navigate folders of apps or to get straight to the content you want.

Despite the navigation improvements made possible by Top Shelf, very few apps make the most of the feature. Currently on my Apple TV’s Home screen, only the App Store and TV app have Top Shelf implementations that I find valuable.

Top Shelf seems to be one of the casualties of a weak App Store on the Apple TV. Because the demand for Apple TV apps appears weak, developers don’t have a strong incentive to take advantage of features like Top Shelf.

As a daily Apple TV user, I’m hopeful Apple will put more concerted efforts into the platform that sparks greater activity in the app ecosystem.