Earlier today, a number of people noticed a change in the App Store Review Guidelines that took place back on September 12. Specifically, Keith Andrew at PocketGamer noted how the new rule 2.25 could pose serious risks for any app that promotes other apps with direct linking.

The wording is typically vague, but clause 2.25 appears to give Apple carte blanche to put any app that promotes titles from a different developer out of action. At the moment, we understand Apple’s likely prime targets are pure app promotion services, such as (but not necessarily including) FreeAppADay, AppoDay, AppGratis, Daily App Dream and AppShopper, amongst others.

Matthew Panzarino at The Next Web and Darrell Etherington at TechCrunch followed up on the news of the late “discovery” with more details on possible implications and comments from developers of apps that might fall under rule 2.25.

There seems to be a lot of confusion on Twitter in regards to the exact scope of this new rule. In particular, due to some poor sensationalistic headlines that are unfortunately published on a regular basis, some are speculating Apple will start banning all apps that promote other apps or any kind of “aggregator” that collects links to multiple App Store apps. That’s just silly and simply not true.

The key to reading rule 2.25 is “in a manner similar to or confusing with the App Store”. Like I tweeted this morning, that’s a particularly vague clause that gives Apple a lot of room for interpretation and enforcing on an app-by-app basis. What are the criteria Apple is using to define “confusing”? Because I could argue that some sections of the current App Store are confusing. How should we define “similarity” between the iOS 6 App Store and an app listing promotions and deals for third-party apps? And so forth.

Just like the wording of rule 2.25 is vague, however, I think we can apply some common sense to try to understand Apple’s position and intentions.

I believe Apple’s main “issue” is with apps that look like an alternative App Store, containing links to App Store apps. By avoiding “similarity” and “confusion”, Apple wants to ensure users will rely on Apple’s App Store for search and discovery, not a third-party App Store lookalike. If you think about it, it makes sense for Apple to want people to use the App Store: more people means more data, more data should lead to better Genius and Search results over time. From this standpoint, I’d argue Apple wants users not to just open direct links in the App Store, but to use the App Store.

Case in point: Apple just shut down the Chomp app. For as good as it was, it replaced several of the basic functionalities of the App Store, thus causing possible “confusion” among users. Plus, Apple acquired Chomp anyway.

Second, we should consider the manipulation of charts. While not specifically mentioned in the new rule, it’s easy to imagine Apple doesn’t want marketing and promotion campaigns to be capable of altering their ranking algorithm for the App Store. Apple has been rumored to dislike these promotion campaigns in the past, tweaking its ranking algorithm to reflect “real” popularity of an app among users. But maybe that’s not enough at this point, and Apple really does want to limit the relevance of this kind of services by, well, enforcing rules that would get them out of the App Store.

This is pure speculation on my side. But I’d consider this: Apple recently revamped the App Store homepage with its own Free App of the Week initiative (alongside a new Editor’s Choice). Would it be a surprise if they thought all these other “free app a day” and “free app download” services could be confusing to the user?

I believe, ultimately, it comes down to how apps that promote other apps are built and presented. According to my sources, the App Review Team has been enforcing rule 2.25 for some apps (and updates to existing apps), but they ignored it for others. From what I heard, some updates to apps that feature an App Store-like interface and features have been rejected; others, though, have been approved without issues, like the latest Appsfire update.

After talking to several developers today, my understanding is that rule 2.25 has been enforced on some cases, but that it’s not clear how much Apple will enforce it going forward. Apple has notoriously made exceptions in the past: there used to be a rule for apps that “duplicated” existing functionality, but then Apple started approving third-party browsers and, recently, email clients. For all we know right now, it is possible that rule 2.25 will never be seriously enforced and that it’ll slowly “fade away” with time. Or more simply, developers will find ways to work around the rule.

Unlike John, I do see some problems Apple could solve here. For one, the “free app” campaigns and promotions can be confusing to some users, especially when Apple has its own Free App of the Week. But more importantly, rule 2.25 could be enforced for those marketing tools that get users “rewards” for downloading other apps for free – a technique that, consequently, also increases the popularity of the apps that get downloaded as part of the promotion. The problem is that users download those apps only for the rewards – they’re not really interested in them. For this reason, developers could – even slightly – game the system and, to an extent, trick Apple’s algorithm. I don’t see how that can be a good thing.

On the flip side, I think Apple shouldn’t enforce rule 2.25 for services that curate what’s good, rather than what’s popular or ranking. TouchArcade, for instance, has built an app that’s a great mix of editorial curation and App Store-like features that, however, are features Apple ignored for years, such as videos alongside screenshots. As Loren Brichter said when we took a look at four years of App Store, “the TouchArcade app is an awesome example of an App Store outside of the App Store. It’s heavily curated by experts, trusted by users, and has a ton of great features like watch lists and videos”.

Yes, “App Stores outside of the App Store” can be confusing for some people. But I don’t think a possible enforcing of rule 2.25 on apps like TouchArcade will benefit anyone. TouchArcade has offered a great service, and Apple shouldn’t go against their curation efforts. Such behavior wouldn’t benefit the user. So I’m glad to see TouchArcade was recently updated.

Considering the current state of App Store search and discovery, curation is more important than ever. Apple should welcome services that, on top of the App Store’s infrastructure, recommend quality software to users with reviews and editorials by people, not bots or algorithms.

There’s no need to spread FUD on rule 2.25 right now. The updated Guidelines could have many important consequences, some of which I think would be justified and beneficial to the ecosystem. For now, I just hope Apple won’t use rule 2.25 to hinder the functionality of apps and services that have only improved the App Store experience for many.

Update: David Barnard makes a good point on Twitter as to why Apple would want to ban “App Stores outside of the App Store”. In iOS 6, you can buy apps without even opening the App Store. I mentioned this in my review of iOS 6: by using the public SKStoreProductViewController API, developers can make iTunes links embedded in their apps open an in-app purchasing window.

This method already works for iTunes links shared via email: the Mail app of iOS 6 won’t take you to the App Store, it’ll open a modal iTunes window. Some third-party apps have already implemented this option. An example is Heyzap, pictured below. For several functionalities, it works and behaves like a complete App Store replacement. 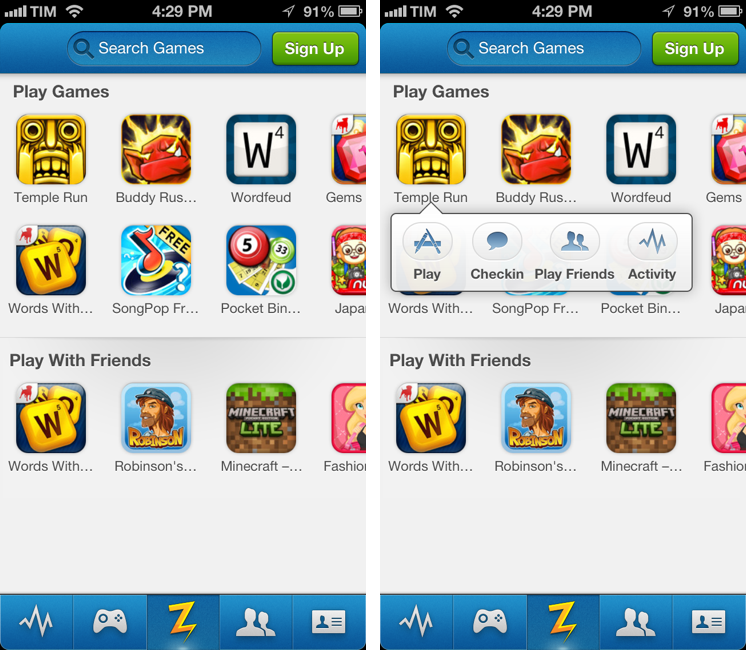 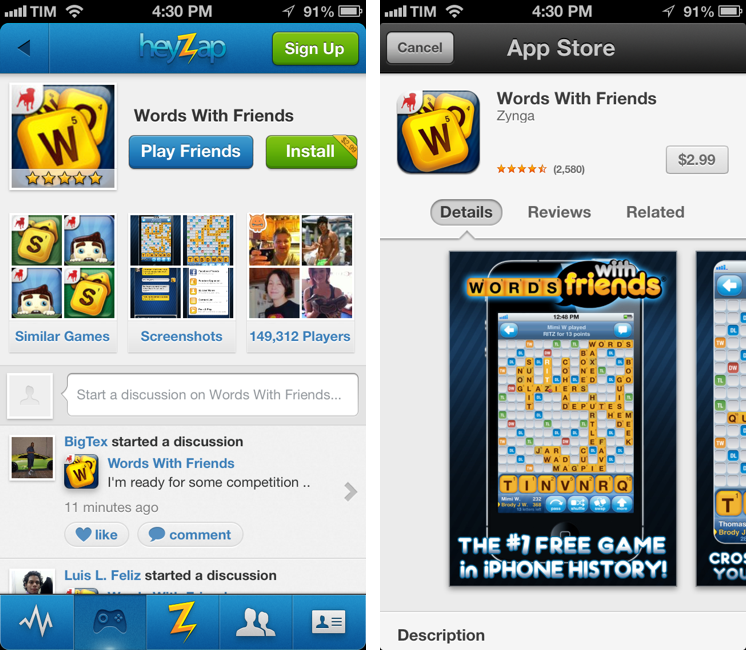 If we follow the argument that Apple wants people to use the App Store, it’s easy to understand why the company would want to control the App Store experience. Users could, theoretically, do app installs (or any other iTunes Store download) without ever using the App Store application – just a window that triggers the download. From this standpoint, it could indeed look “confusing” to some users, but like I said above, it’s not clear just how much Apple will enforce this rule.